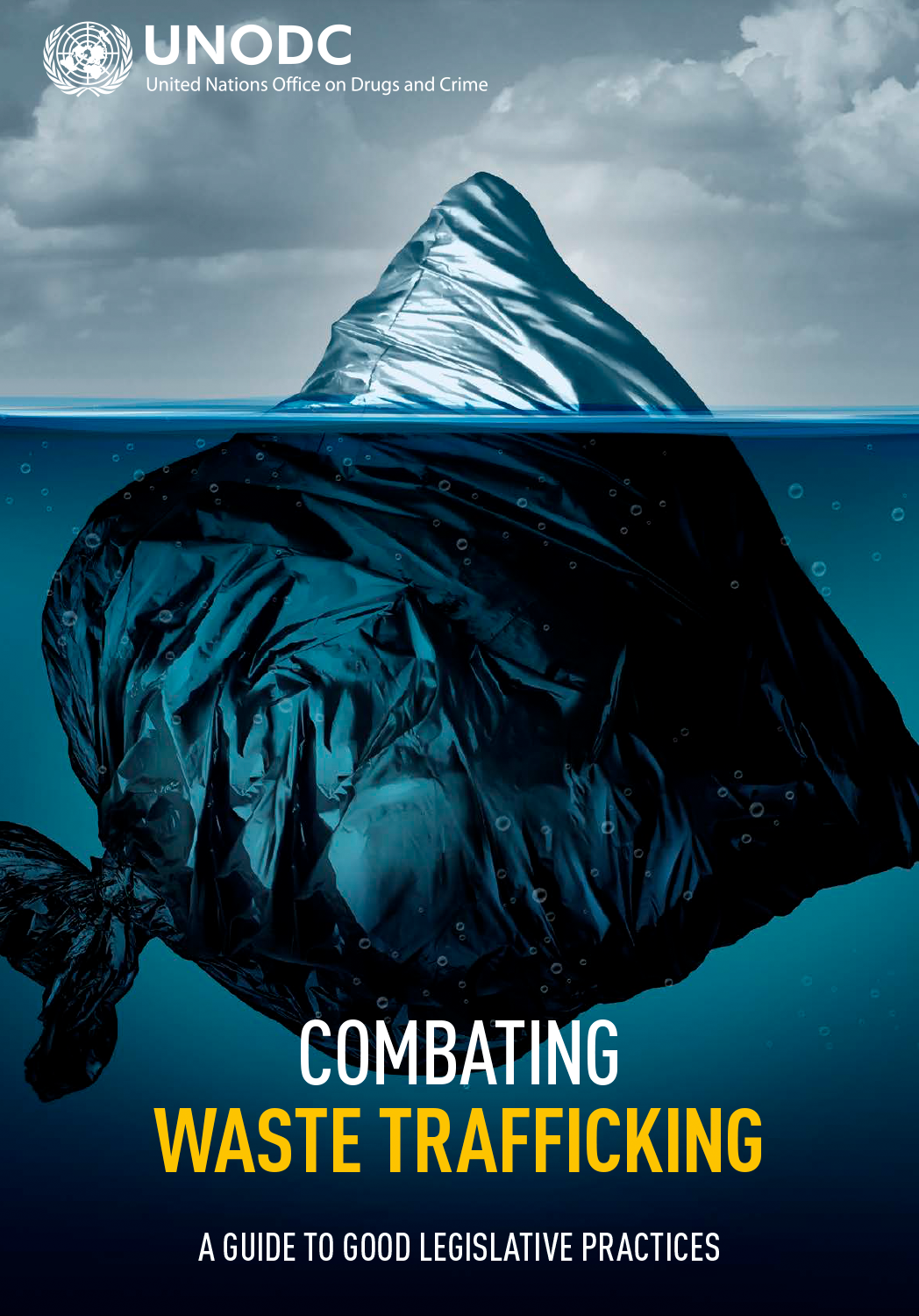 When most of us ponder what happens to the waste from our homes, towns and cities, we may often not think beyond hoping our recycling is taken care of properly and the rest avoids being turfed into the world’s oceans and land. Yet for some time now, criminal networks have profited from the waste we leave behind.

Waste trafficking is a lucrative trafficking crime that often flies under the radar, yet adversely affects the environment and damages human health. According to the World Customs Organization (WCO), between 1992 and 2012, the volume of waste traded grew by a colossal 500 per cent. And today in the European Union (EU), the illegal trade in plastic waste alone is worth up to EUR 15 billion, from the Environmental Investigation Agency’s estimates. Action against waste trafficking is therefore fundamental if we are to protect the health of our planet and our own well-being.

Ahead of the United Nations Climate Change Conference (COP27), taking place on 7-18 November in Sharm El-Sheikh, Egypt, Executive Director Ghada Waly reiterated the commitment of the United Nations Office on Drugs and Crime (UNODC) to combating waste trafficking: "For too long this high-profit, low-risk form of crime was not taken seriously. But as criminal networks proliferate, the international community is taking action."

UNODC launched its legislative guide on combatting waste trafficking in June this year and in August joined the Environmental Network for Optimizing Regulatory Compliance on Illegal Traffic (ENFORCE). These measures, taken together, confirm UNODC’s role as a key player in fighting waste trafficking.

ENFORCE gathers experts committed to ensuring organizations’ compliance with the Basel Convention on the Control of Transboundary Movements of Hazardous Wastes and their Disposal. It aims to help improve cooperation and coordination between the entities that make up its membership. In joining ENFORCE, UNODC has agreed to share its operational, legal, data and policy expertise with fellow members through its Container Control Programme (CCP), with the Unwaste project, and with the newly launched legislative guide.

Organized crime groups tend to take advantage of the fact that not enough legislation exists for sufficient criminalization of crimes that affect the environment. UNODC’s new legislative guide is a practical tool for our Member States to enact or strengthen domestic legislation to prevent and combat waste trafficking. The guide provides model provisions, legislative guidance and examples from various jurisdictions worldwide in order to guide national lawmakers towards a comprehensive legal response to waste trafficking, in harmony with the provisions of the United Nations Convention against Transnational Organized Crime. Towards regional dissemination of this guide, UNODC’s first regional workshop in South-Eastern Europe, held in Bucharest, Romania in September, will be followed by a second in West Africa in November.

How UNODC supports ENFORCE: the CCP

By providing targeted waste training for customs and law enforcement officers, the CCP contributes to protecting the health of local communities and the environment, and to securing the legitimate supply chain for hazardous and non-hazardous waste treatment. Through the CCP, UNODC and the WCO have long supported Member States to build technical capacity and international and inter-agency cooperation in the context of plastic and waste trafficking.

UNODC at COP27: raising awareness on the importance of addressing waste trafficking as part of climate mitigation efforts

Waste is a priority issue for Egypt’s COP27 Presidency, which will launch the global waste initiative ‘50 by 2050’ on 17 November. In support of this initiative UNODC is partnering with the UN Environment Programme (UNEP), the Secretariat of the Basel, Rotterdam, and Stockholm Conventions (BRS Secretariat), and the environment ministries of Egypt, the EU, Ghana, and Seychelles in a high-level event on November 11 titled ‘Unmanaged waste - a hidden cause of climate change’. The event will support environmentally sound waste management and promote the circular economy as a climate mitigation strategy.

Another event focuses specifically on plastic waste and is titled ‘How combatting plastic pollution and illegal traffic in plastic waste can help reduce carbon emissions’. This will take place on 10 November and is co-organized by UNODC jointly with the UN Conference on Trade and Development (UNCTAD), UNEP and the BRS Secretariat.

The Unwaste project benefits from the financial support of the European Union.

The legislative guide on waste trafficking was developed with the financial support of the Government of France.

Click here to learn more about UNODC’s Global Programme on Crimes that Affect the Environment.