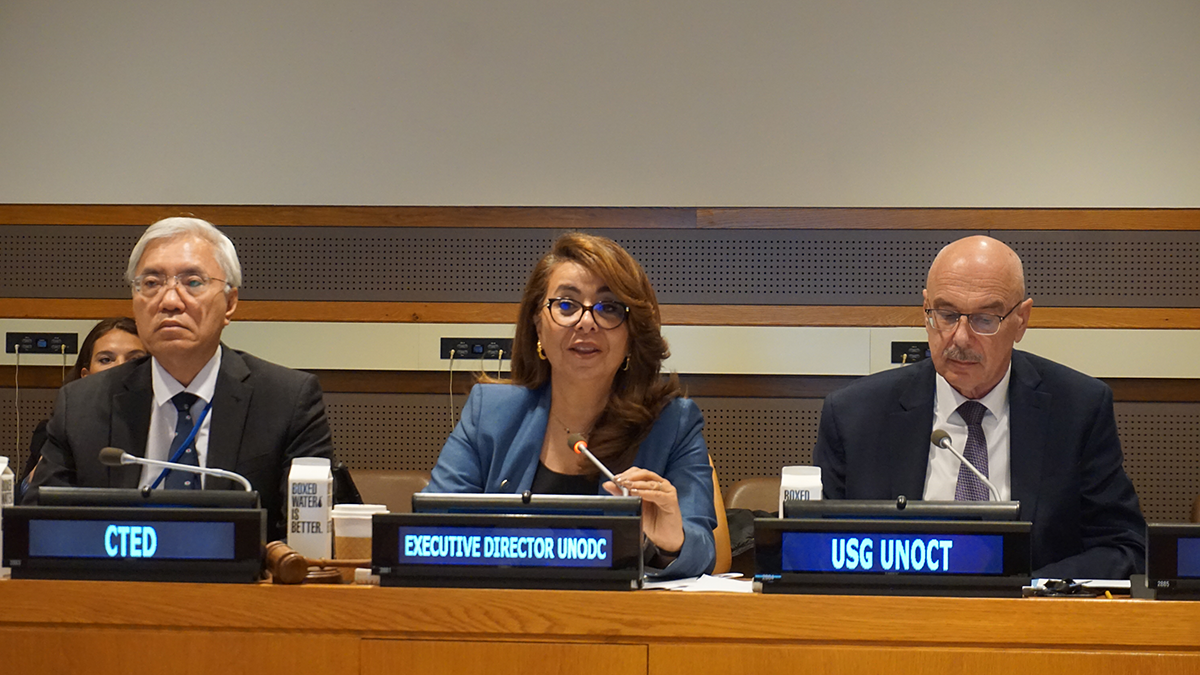 Policies and approaches are often lacking in awareness of, and responsiveness to, the different ways that people are affected by terrorism. As a result, opportunities for socio-economic empowerment and sustainable development are limited in their effectiveness, and trust can be eroded.

Ensuring that all national counter-terrorism efforts are law-based and respect human rights norms is essential to upholding the credibility and legitimacy of public authorities and to prevent further radicalization to violence. Because of this, the United Nations Office on Drugs and Crime (UNODC) has developed a new work programme promoting a strengthened social contract between governments and people, anchored in human rights, and supporting solidarity, accountability and equality.

UNODC’s new global programme on preventing and countering terrorism runs from 2022 to 2027 and was launched yesterday at a special event at the United Nations (UN) headquarters in New York, during the UN general assembly negotiations. Before UNODC’s terrorism prevention chief Masood Karimipour outlined the programme itself, UNODC Executive Director Ghada Waly opened the event with the following words:

“Conflicts, severe climate and drought, poverty and hunger, injustice and weak governance, collide to create breeding grounds for extremists. It is imperative that the UN system... works together to leverage the tools at our disposal to build resilience to terrorism, so that we can better protect the people that we are here to serve. UNODC’s new global programme seeks to do exactly this.”

The global programme on preventing and countering terrorism succeeds a previous work programme focused on strengthening the legal regime against terrorism. Under that programme, UNODC assisted 70 Member States per year on average and trained more than 37,000 officials to help prevent and counter terrorism.

Based on UNODC’s core mandates, the three key outcomes that the new programme targets are:

The development of UNODC’s global programme on preventing and countering terrorism was informed by feedback from more than 70 Member States, UN entities, regional and civil society organizations, academic institutions, and private sector entities. This includes youth-led global and grassroots organizations, with equal representation between male and female interlocutors.

Participants at the launch event for UNODC’s global programme on preventing and countering terrorism included representatives from the United Nations Office on Counter-Terrorism, UN Women and the Counter-Terrorism Committee Executive Directorate, along with the UN special rapporteur for the promotion and protection of human rights and fundamental freedoms while countering terrorism.