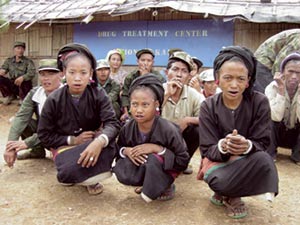 "Through this paper, we are encouraging Governments and other partners to implement evidence-based drug dependence treatment services to meet the needs of their populations," says Gilberto Gerra, Chief of UNODC's Global Challenges Section.

While the paper calls for the development of services that reach the maximum number of individuals with the greatest possible impact at the lowest cost, it also recognises the need for a progressive approach, where new and more sophisticated interventions can be implemented as more resources become available.

Drug dependence is still not recognized as a health problem and in many societies people suffering from it are stigmatized and do not benefit from treatment and rehabilitation services. Understanding the nature of drug dependence, and the different factors that contribute to this health disorder, can help increase awareness on the needs of people suffering from drug problems, as well as reduce stigma and discrimination.  Moreover, a better understanding of drug dependence can lead to the development and implementation of evidence-based prevention and treatment interventions needed to reduce the negative health and social consequences of problematic drug use.

An estimated 205 million people in the world use illicit drugs, including 25 million who suffer from illicit drug dependence. This constitutes a public health, socio-economic, development and security problem that cannot be ignored.

Under the motto "Nothing less," UNODC and WHO support a science-based and systematic approach to treating drug dependence such as that adopted to treat other chronic diseases considered untreatable some decades ago. Drug dependence is a preventable and treatable disease, and effective prevention and treatment interventions are available.

Full text of the discussion paper.