Responding to drug use and HIV in Iran 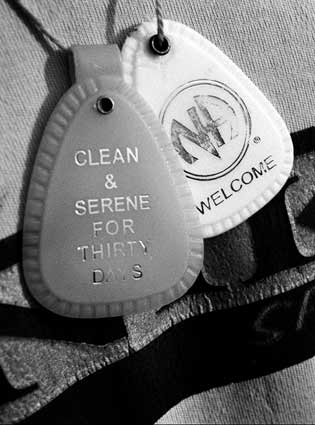 19 November 2008 - Today, Iran's proximity to Afghanistan, which supplies more than 90 per cent of the world's opiates, means that the country is particularly vulnerable to drug abuse. Iran is also a main trafficking route for heroin destined for European markets.

Opium use has a long history in the Islamic Republic of Iran. References to opium use can be found in literature dating back several thousand years and it has long been considered an effective painkiller. Colonial powers started cultivating opium poppy in the country in the 1800s and the income from opium production soon made up a huge part of then-Persia's gross national product.

Opium addiction started to be considered a serious problem in the early twentieth century. Partly due to international pressure, opium poppy cultivation and opium use were outlawed in 1955. However, opium poppy was never completely eradicated and addiction continued to soar. The Government tried to contain the addiction level by establishing a nationwide system of health clinics and rehabilitation centres and by giving out ration coupons to older addicts. This was the first harm reduction measure in Iran.

To tackle the drug abuse situation, the Government established Drug Control Headquarters (DCHQ) in the late 1980s. Made up by senior officials who report directly to the President of Iran, DCHQ monitors the drug problem nationwide, sets policy, and plans and coordinates action on all drug control issues.

Approximately 1.2 million of Iran's 70 million inhabitants are drug dependent. Providing treatment to help them recover from their addiction is a priority for the Government. For the last decade, drug users who enter treatment programmes voluntarily have been exempt from prosecution. Last year, Iran provided treatment for hundreds of thousands of drug addicts through various treatment and harm reduction programmes.

The work of UNODC in Iran

The UNODC Country Office in Iran opened in 1999, focusing initially on stemming the drug flow from Afghanistan. Gradually, its attention moved to drug demand reduction initiatives, including treatment. All initiatives are carried out in close cooperation with DCHQ and various ministries.

"Drug abuse treatment programmes also relieve society of some of the most devastating social ills - crime, the transmission of infectious diseases, loss of productivity, and family and social disorder," said UNODC Executive Director Antonio Maria Costa. "Robust research and confirmed clinical experience have repeatedly proven that drug abuse treatment is effective in helping drug abusers achieve abstinence, in HIV/AIDS prevention and care, and in improving people's lives and increasing their contribution to society."

A key component of the work carried out by UNODC has been to provide training on drug treatment for public officials and health practitioners. UNODC has also carried out scientific studies on Iran's drug and HIV situation to support the Government in formulating policies. Moreover, UNODC has run awareness campaigns and organized events to help educate the public about drugs.

Non-governmental organizations (NGOs) are key partners in implementing drug treatment programmes. While many initiatives are funded and supported by the Government, NGOs do most of the work on the ground. Often run and supported by health practitioners, social workers and former drug users, their constant effort and lobbying has helped convince political and religious authorities to adopt new approaches to tackling the drug problem.

One of these NGOs is Congress 60, which treats some 300 drug users every year across the country. Through treatment, patients gradually reduce the amount of drugs they use over an 11-month period and acquire skills to help them lead a productive and abstinent life.

Other NGOs working in this field include Rebirth and Persepolis. The latter was the first NGO to start harm reduction activities in Iran. These organizations greatly enhance Iranian drug control efforts.