UNODC and Bollywood unite against trafficking 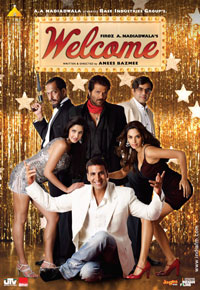 7 January - Some of Bollywood's biggest stars have joined UNODC's efforts to curb human trafficking in India. Millions of moviegoers in India and world-wide have seen a two-minute video called One Life, No Price - aiming to sensitize viewers to this crime - which preceded the premiere of the new film, Welcome.

Base Industries Group, producers of smash hits such as "Hera Pheri", is one of the oldest commercial film corporations in Asia. "Welcome", their latest production, is a comedy of errors that appeals to family audiences. The release took place simultaneously all over India and in 1,100 film theatres worldwide.

UNODC's partnership with the Indian film industry is part of UN.GIFT, an initiative launched in March 2007 to bring governments, business, academia, civil society and the media together in the fight against human trafficking. UNODC has also enlisted the support of Bollywood greats Amitabh Bachhan, Preity Zinta and John Abraham to make public service announcements for UN.GIFT.