In conversation with Miguel Serrano Lopez on the Illicit Crop Monitoring Programme, Colombia

“We are proud to work in the field, to include a gender perspective and to have an impact on drug prevention and enriching and complimenting the work of other programmes" 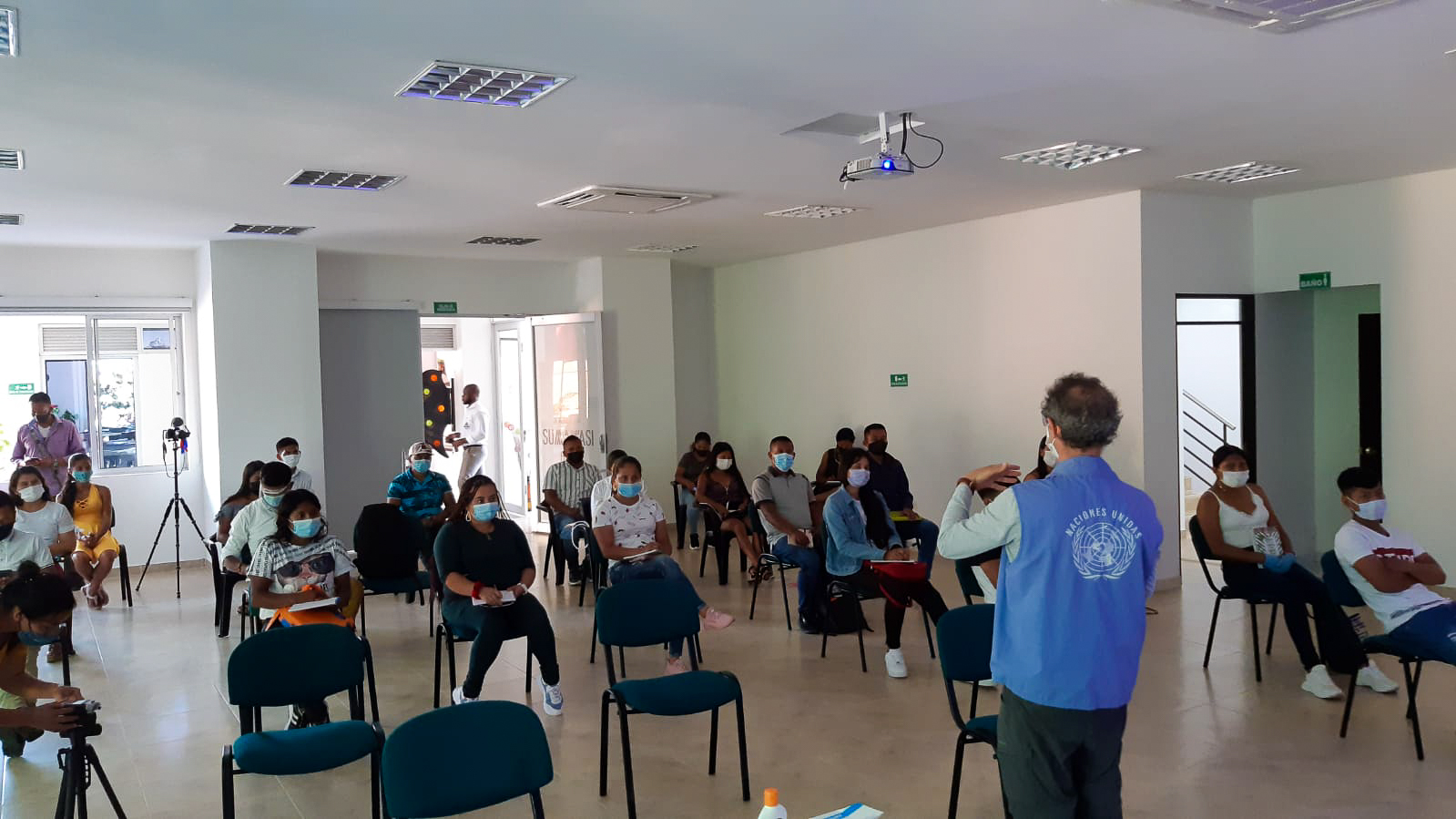 Miguel Serrano Lopez is part of the Illicit Crop Monitoring Programme (ICMP) Colombia and the leader of the Territorial Studies Area. His team won the Award in Category 2:Strengthening gender inclusivity in UNODC mandate areas, for its work on “Including gender in research on drugs for public action”.

For the past five years, the Territorial Studies Team of ICMP has carried out a series of investigations on the participation of women in the production of illicit crops in Colombia, such as coca, poppy and cannabis. Their research provided notable information on the role of women in the illicit and care economies and facilitated dialogue between experts and the communities. Today, this research is being utilized to promote the design of programmes on reintegrating female prisoners and is driving legislative discussion on the criminal policy framework for women.

Five years after the project started, Miguel joined us to speak about its genesis, challenges and achievements of his team, that managed to bring together a range of stakeholders involved in illicit crop monitoring to create unprecedent dialogue and foster change.

My name is Miguel Serrano Lopez. I work for ICMP Colombia, an interdisciplinary team that combines satellite detection of illicit crops and illegal mines with field work within the local communities. Before joining the ICMP in UNODC, I used to work for UNIFEM, the predecessor of UN Women, hence my interest in including gender issues in the work of ICMP.

Our project “Including gender in research on drugs for public action” started five years ago. At the time, we were working on community vulnerability problems with regards to illicit crops and illicit mining. Our analysis shed light on the different ways in which women and men are affected differently in this context, through their roles within the community, the effects illicit production has on their lives and the criminal justice response. However, at the time, we were not utilizing this information. So, we started to ask ourselves, who are the women and men who work in illicit production? What are their roles? How are they affected by it? With the help of UN Women, we began looking for answers.

This quest came with its share of challenges. At the time, gender was less of an institutionalized subject, and there simply were no funds for our project. We had to find resources little by little. We knew we had it all: the ideas, the people, the technical expertise... but no money to achieve what we wanted: to have all the different stakeholders come together and combine their very different points of view to create solutions.

A moment I will never forget was the first time that we could finally open up the space for dialogue between local women and national agencies. There was somewhat of a mutual animosity between these groups, as the locals were afraid that the State would deprive them of their crops. But instead, State representatives listened, and it was very inspiring to have local women organizations, academic analysts and experts combine their perspectives. As you may know, the ICMP work is mostly based on detection of phenomena through satellite images, but going into the field, we saw the diversity of a range of issues unfolding from illicit crops. Each territory is like its own little world, with challenges of inequalities, security and community vulnerability. It was essential to acquire information on all the territories whilst bringing together all the relevant stakeholders to work on very complex problems.

Years after we started, we are very happy to see that our work is valued by UNODC. We are proud to work in the field, to include a gender perspective and to have an impact on drug prevention and enriching and complementing the work of other programmes. The next step is to establish a regional network focusing on women and drugs. Around the world, drug trafficking is the cause of 20% of women’s imprisonment and we think it is essential to understand the reasons why drugs appear to be a solution to so many women worldwide. Now that we’ve become a regional office for Andean Region and Southern Cone, we are taking on new challenges; in this regard, we also wish to advance on a study of women in prisons in Latin America, starting with the experience we had with the Ministry of Justice in Colombia.

Read the interviews of the other winners here:
Find more information on the work of this team here: