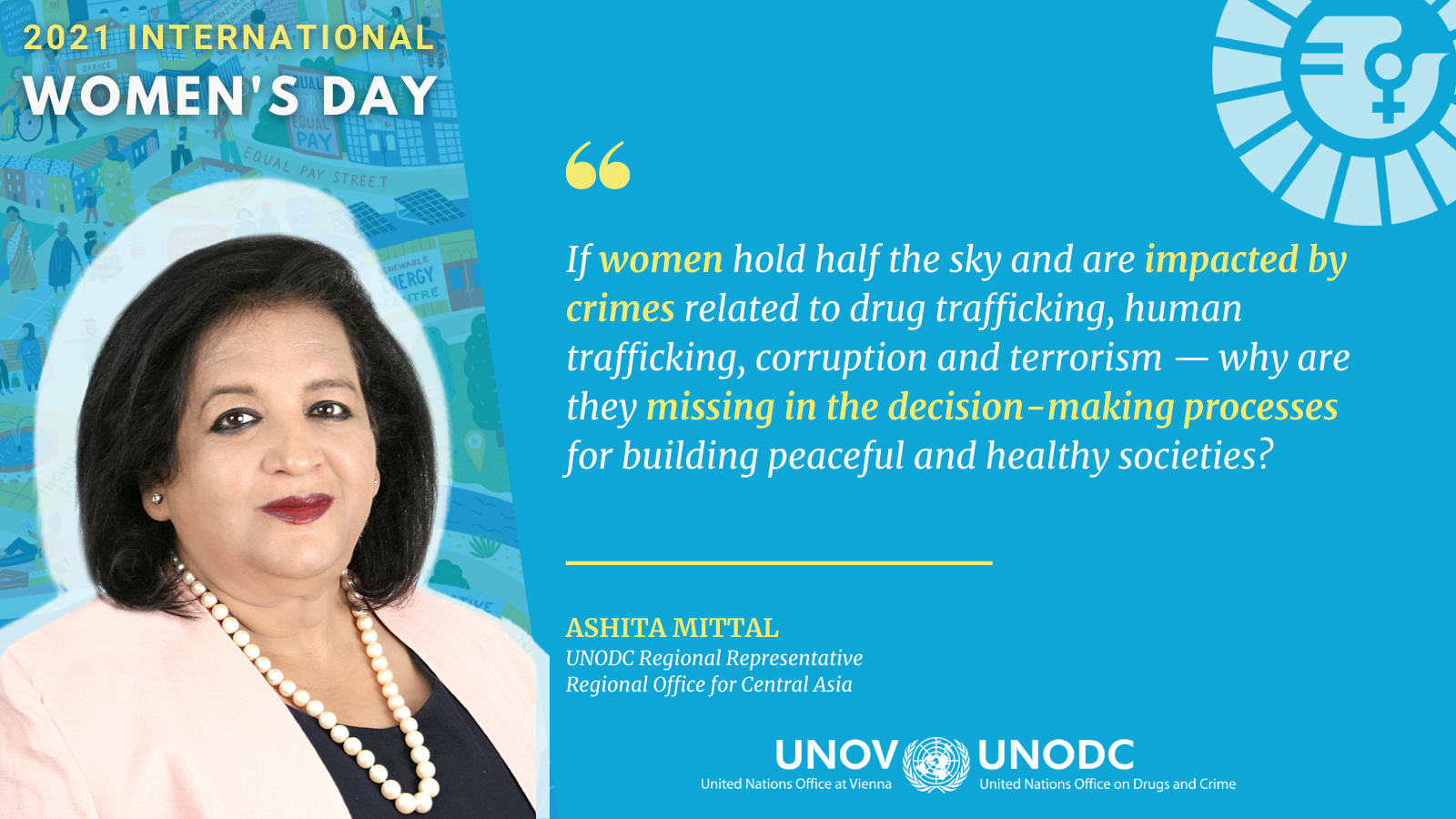 Vienna, 8 March 2021 - This International Women’s Day (IWD), UNOV/UNODC is celebrating the leadership shown by women across the organisations. Through a series of interviews, inspirational women from Field Offices and HQ are celebrated for their efforts towards advancing gender equality commitments and promoting these aspects across the offices’ mandated areas of work. In this interview we are speaking to Ashita Mittal, the Regional Representative to Central Asia (ROCA). With over twenty-five years of experience at UNODC, Ashita Mittal reflects on the progress that has been made towards advancing gender equality commitments in the organisation and her efforts towards mainstreaming gender from a leadership position. Read all about her motivations, her achievements and how she will be commemorating IWD 2021.

UNOV/UNODC Gender Team: What was the “a-ha” moment when you realized there was a practical reason for promoting gender equality? How does that shine through in your leadership?

Ashita Mittal: If women hold half the sky and are impacted by crimes related to drug trafficking, human trafficking, corruption and terrorism, why are they missing in the decision-making processes for building peaceful and healthy societies? During my twenty-five years of experience at UNODC, I was struck by the absence or limited presence of women at decision-making and senior management levels within the organization, as well as in security, governance and law enforcement agencies of the Member States. Where they were present, they struggled with stereotyping. Inequality in representation goes far beyond Central, South and West Asia. Coming from a country where gender inequality is not uncommon, I know how difficult it can be to think beyond the stereotyping of gender roles and how long it might take for the change to come.

As the UNODC Regional Representative for Central Asia, and as a woman-leader in an organization with particularities of its mandate, I have made a conscious effort to mainstream gender concerns. Some of these include our work on criminal justice reform, counter narcotics, crime prevention, rehabilitation of women prisoners, women drug users, women with HIV, victims of human trafficking and gender-based violence. With my colleagues, we have also promoted increased female representation in the police and judiciary and in all work related to drugs and crime prevention, forensics and education for justice.

I am happy to observe tremendous changes that have happened during my time in Central Asia. More women are now holding senior management posts in the governments, parliaments and other structures, however there is still a long journey ahead.  Within ROCA, we really appreciate the contributions from staff who have demonstrated that when given a chance, women excel.

I also observed that women in leadership positions fared well and ensured that perspectives of both men and women, boys and girls are counted, in developing community outreach programmes. This helps us walk the talk. We also encourage gender champions to be a part of campaigns for equality. I am so pleased that there are hundreds and thousands of women who are currently involved in our health, justice and youth related activities aimed at creating a culture of lawfulness, promoting crime prevention and integrity. Engaging with them gives me strength, hope and reaffirms my belief in the “Nothing About Us Without Us” concept.

UNOV/UNDOC Gender Team: How would you encourage other colleagues to lead the way and be actively involved in promoting gender equality?

Ashita Mittal: Gender mainstreaming is a way of thinking, believing, behaving and acting. Breaking gender related stereotypes takes a long time and requires consistent strategies and concerted efforts. I believe that it is important to be a part of the change that you want. I also learnt from my life experiences that the process of including both men and women is our responsibility to be strong advocates for gender equality. What you can’t count and see becomes invisible, therefore generating more gender disaggregated data is one of the important steps to foster gender equality.

I would suggest my peers to continue engaging with all staff members and include gender equality lens in all the work, from inception, planning to day-to-day operations as well as in recruitment. Gender budgeting and the use of gender score cards can also serve as good tools for furthering UNODC’s programmes in mainstreaming and help promote gender equality. I also suggest nominating not only women, but also men as Gender Strategy Focal Points to ensure diversity, better engagement and appreciation in the offices. The staff learns from the work we do, it changes the mindset at both the personal and professional levels. Small changes build up into big ones.

Ashita Mittal: This year, taking into account the limitations and precautions required due to the COVID-19 pandemic, we are planning a digital campaign: we will produce human interest stories about the gender champions (both men and women) in each of the countries of the region. This will demonstrate true commitment to the cause and will motivate the audience, particularly youth with new role models and examples. We want to engage youth to talk about the achievements, but also point out the gaps that require attention.  As a culmination of the campaign, we plan to organize an open online dialogue to discuss what gender equality really is about in the region and how men and women equally suffer from the stereotypes and inequalities in everyday life and how everyone can help achieve equality for the common benefit. The campaign will be linked to the UNODC mandated areas and will promote equality in building back better in the socio-economic response to COVID-19. An effort will be made to highlight the access to treatment, care and vaccines in communities and closed institutions at national and sub-regional levels, for the most vulnerable and for inclusion of women and girls impacted by drugs, crime and terrorism. 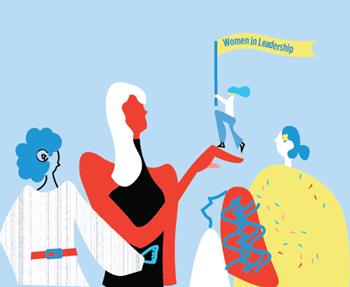