CCPCJ Side Event: COVID-19 in Prisons - Vaccinations and Responses 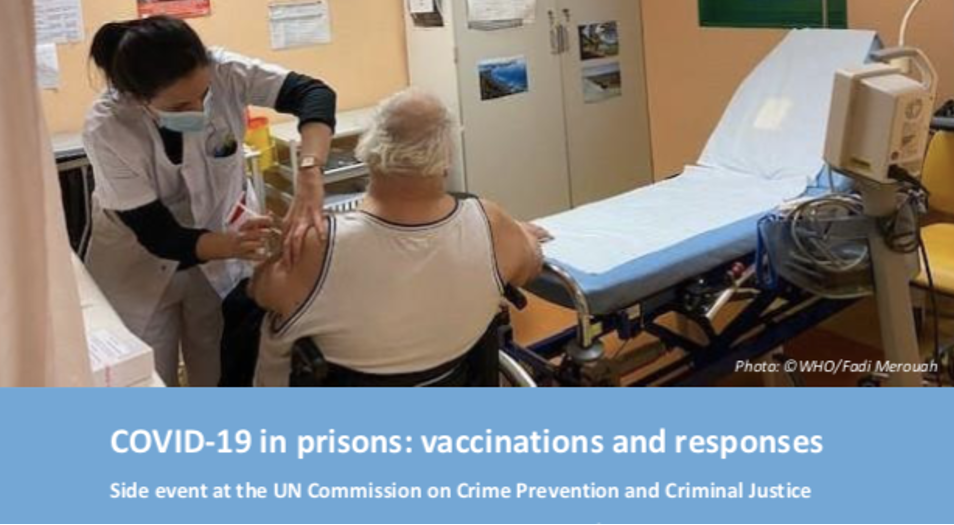 17 May 2021 – Vienna, Austria – as part of the 30th session of the Commission on Crime Prevention and Criminal Justice (CCPCJ), UNODC, WHO Europe, and Penal Reform International jointly organized a side even on ‘COVID-19 in Prisons: Vaccinations and Responses’, which focused on showcasing the importance of involving prisons and other closed settings in the national vaccination programmes. The event was moderated by Luciana Pol from the Center for Legal and Social Studies (CELS) Argentina and attracted over 160 participants from many countries.

The event was opened by senior representatives from the three organisations. The Divisional Director for Country Health Programmes of WHO Regional Office for Europe, Dr. Nino Berzuli, highlighted the need to strengthen societal trust in health authorities and to integrate the prison health system into the wider public health care systems to effectively combat COVID-19 in all parts of society. Then Olivia Rope, the Executive Director at Penal Reform International, emphasized the underlying issues that make people in prison particularly vulnerable to COVID-19, such as the chronic overcrowding of prisons that affect most countries around the world. Lastly, Mr. Andrés Finguerut, Chief of Drug Prevention and Health Branch at UNODC, mentioned in his opening remarks the importance of also considering other infectious diseases, such as HIV, viral hepatitis, and tuberculosis, which remain endemic in many countries and which disproportionately affect people in prison. He also reiterated the need to include prisons in the national vaccination plans.

The first technical presenter was Triona Lenihan from Penal Reform International, who set the current context of places of detention. The global prison population has been rising 8% since 2010, mainly due to key drivers, such as longer sentences, mandatory minimum sentences, short sentences for minor offenses, and drug policies in the Americas and Asia. Because of such policies, overcrowding has become a chronic issue for prisons in most countries around the world, which in turn increases the vulnerability of people in prison to COVID-19. Release mechanisms to reduce overcrowding might be one solution but have been applied by only a few countries. Vaccinations are critical, but in many countries people in prison have still not been prioritised.

Dr. Ehab Salah, Adviser on Prisons and HIV and UNAIDS Focal Point at the UNODC HIV/AIDS Section talked about the high rates of HIV, viral hepatitis, and tuberculosis among people in prison, which remain an ongoing problem to many countries and now exacerbates the impact of COVID-19 on people in prison and other closed settings. He highlighted several steps that must be taken to improve the situation, including improving data collection, promoting compliance with international rules and human rights-based approaches, reducing overcrowding through alternatives to imprisonment, addressing health needs for women in prison, and ensuring continuity of care.

Dr. Filipa Alves da Costa, a Consultant for the WHO Regional Office for Europe then presented an overview of COVID-19 vaccination plans in detention centres. She noted that, while many countries had successfully included vulnerable populations in the roll-out of vaccinations, and people in prison are at increased risk from COVID-19, prison populations are often overlooked. WHO Europe issued several considerations for countries on their vaccination plans, such as including prison populations with measures taken for communities that are unable to take appropriate public health measures, giving priority to older people and people with underlying health issues in prison, and considering prison staff as essential health care workers. 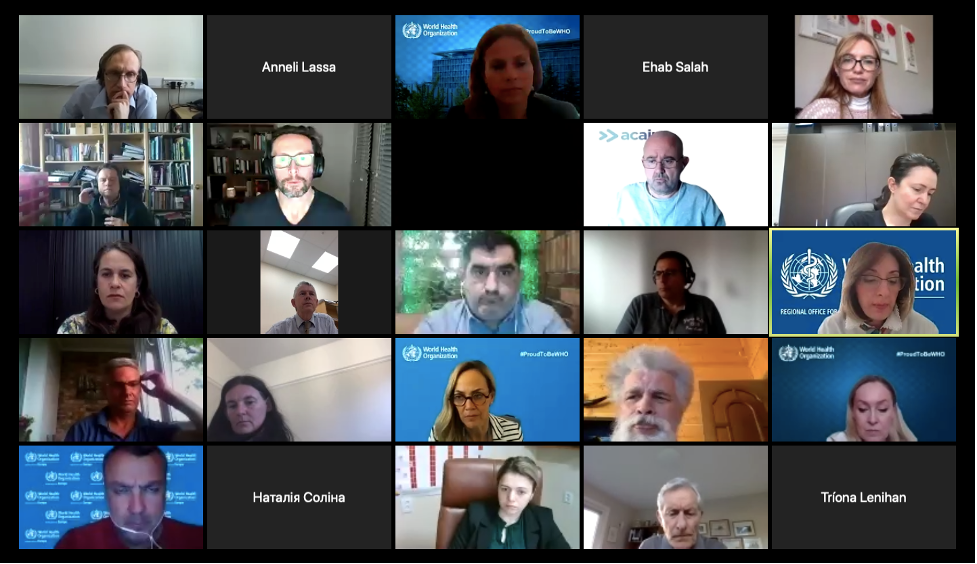 Finally, Taoufiq Abtal, Chief of Health division at the General Delegation for Prison Administration and Reintegration, Morocco shared his country’s approach to containing the COVID-19 outbreak in prisons. Morocco strengthened its prison health security measures by quickly training prison staff, introducing barrier measures, and being transparent with people in prison on all measures taken to support their health and safety. Morocco has completed vaccination of its prison staff and is currently in the process of vaccinating its prison population.