On 28 March 2012 the joint UN Commentary on selected articles of the EU Directive on preventing and combating trafficking in human beings and protecting victims was launched at the European Parliament. The launch was hosted by MEPs Anna Hedh and Edit Bauer, co-rapporteurs on the EU Directive.

In its joint commentary, the UN welcomes the EU Directive and provides additional guidance on the application of a human rights-based approach to the transposition in national legislation of the EU instrument and its implementation by Member States.

Currently, the EU Directive is in the process of being transposed into national legislation by the 26 EU Member States who are taking part in the Directive.

During the launch EU representatives, EU permanent representations and civil society organizations welcomed the UN Commentary. The UN reiterated their readiness to support EU Member States in the transposition of the EU Directive, and discuss queries related to the recommendations made in the commentary. 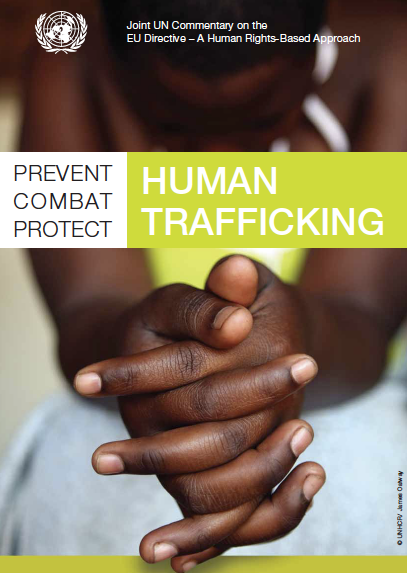