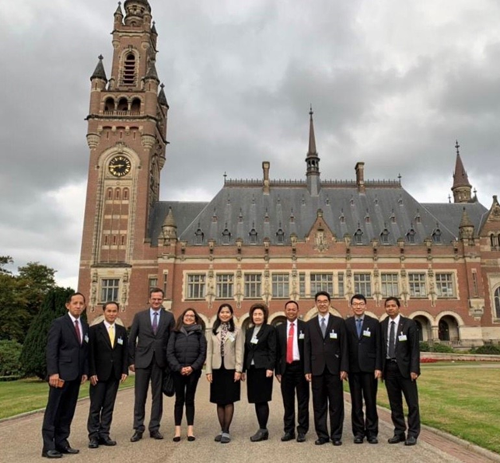 Does consent of a victim of trafficking affect the amount of civil compensation awarded? This and other interesting questions are discussed this week with Thai judges in The Hague. UNODC Human Trafficking and Migrant Smuggling Section has partnered with The Hague Academy of International Law in a training programme designed for judges from Thailand on the international law of trafficking in persons and migrant smuggling. The programme was launched on 16 September and will last ‪until 27 September 2019 structured around a rich agenda featuring UNODC experts, ILO representatives, members of the UN Human Rights Committee, prominent international scholars and criminal justice practitioners from the Netherlands. During the programme, participants analyse key aspects of international legal standards on trafficking in persons and migrant smuggling, including among others the elements of the definition of the offences, evidential issues and international cooperation, as well as case studies based on actual cases. 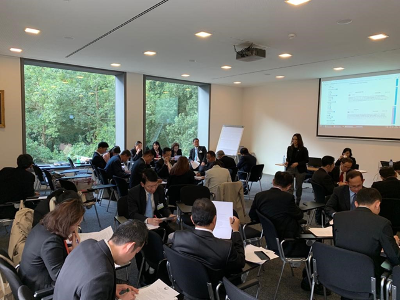 The programme brings together a variety of senior judges from Thailand from criminal, civil and labour courts of different levels including the Supreme Court, Court of Appeal, Criminal Court and provincial Courts from across Thailand. Judge Sittipong Tanyapongpruch, Chief Judge of the Human Trafficking Division of the Criminal Court of Bangkok noted that "Trafficking is a concept that is almost universally agreed upon as evidenced in the protocol. Thai legislation is an example of an effort to implement the concept prescribed by the protocol at a national level. Therefore, judges who adjudicate trafficking cases must, in addition to its national context, understand the spirit of the protocol in order to effectively use the law as a tool to combat human trafficking."

UNODC further introduced to the participants the tools that have been developed for justice practitioners, such as the Legislative Guide and the Model Laws, different issue papers developed on the definitions of trafficking in persons and migrant smuggling, relevant training manuals of UNODC, the Case Digest on Evidential Issues in Trafficking in Persons cases and the two UNODC Knowledge Portals on Trafficking in Persons and Migrant Smuggling (powered by SHERLOC). 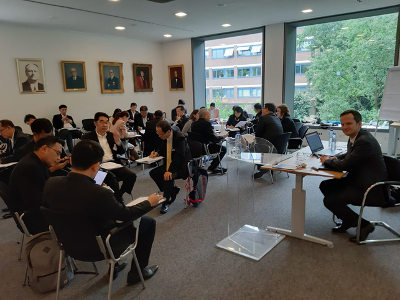 This engagement comes in a series of cooperation initiatives of HTMSS with academia and training institutes, judicial practitioners and other international agencies to foster exchanges and support networks of practitioners globally in order to promote a common understanding and an effective implementation of the Trafficking in Persons and Smuggling of Migrants Protocols.