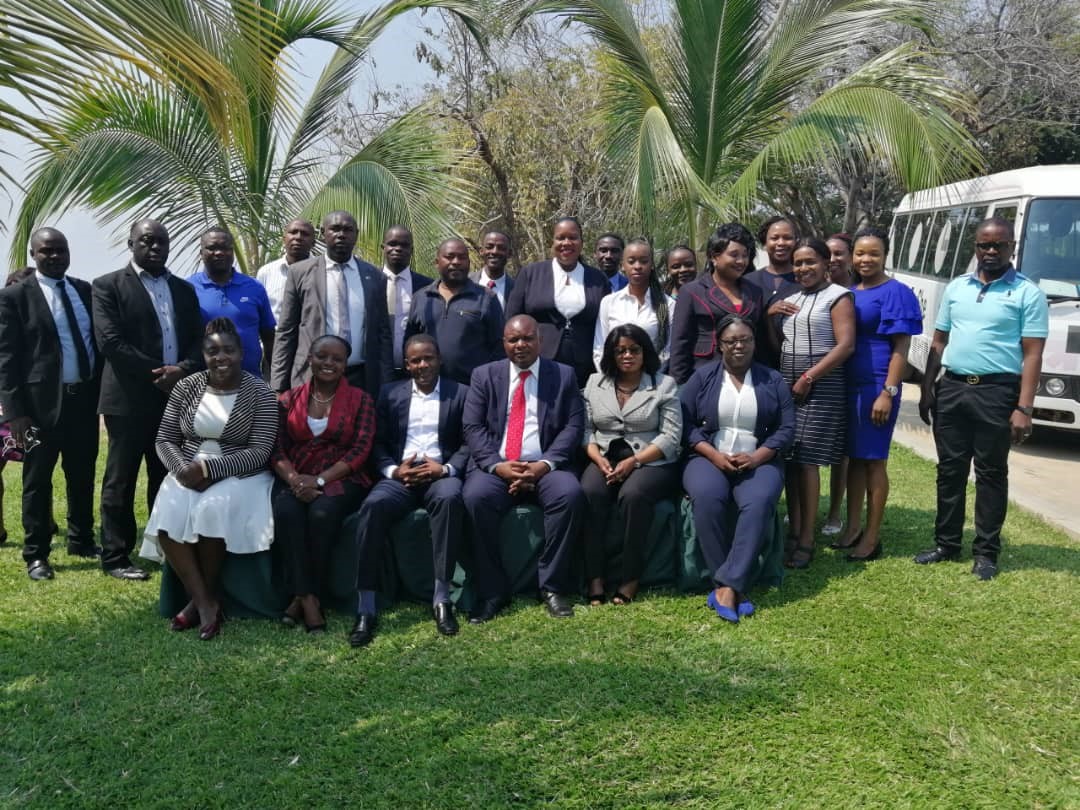 Anti-human trafficking efforts in Zambia traces back to as early as 2007, when the Government developed its first Policy to Combat Human Trafficking. This was later followed by the enactment of the Anti-Human Trafficking Act No. 11 of 2008, placing Zambia in the lead, as a pioneer in the SADC region in terms of compliance to the Palermo Protocol.

The participants were drawn from the Judiciary, National Prosecution Authority, Zambia Police, Department of Immigration, Ministry of Labour, Zambia Correctional Service, Social Welfare Department, Legal Aid and the Office of the President.  In terms of gender parity, 13 male and 12 females participated in the training.

The training was successful. Members of the bench who participated in the training recommended that their courts should be used to fast-track trafficking in persons cases. UNODC was further encouraged to engage the Judiciary to ensure that a policy directive was issued to facilitate fast-tracking of such cases in Zambia. In addition, some participants pledged to roll out the training within their own institutions at minimal cost. Participants further recommended that UNODC should consider supporting the review of police and corrections staff training curricula, for the possible inclusion of a module on trafficking in persons. UNODC pledged to work with IOM to review the existing staff training curricula.

Following the training, UNODC received very good feedback from the participants. So far, a request to train Lusaka based magistrates on trafficking in persons has been submitted to UNODC by the Judiciary. Innovatively, one of the trained participants based in Mazabuka, Mr. Nester Phakati, a Prosecutor from the National Prosecution Authority, took time to sensitize 40 students in their last year of Secondary School, at Makoye boarding, about 15km from Mazabuka town on human trafficking. He focused on the crime of trafficking in persons and the vulnerability of young people being exploited by traffickers. He encouraged them to always be alert as they complete school and start searching for jobs and scholarships. He further highlighted that the fact that traffickers are in most cases not strangers but could even be family members. Mr. Phakati intends to extend his sensitization to the church community in Mazabuka. In his report to UNODC, he stated:

"This Sunday I will be sharing at my local church issues of human trafficking just after preaching time. I also hope to engage a few other local pastors so that I try to spread more information about trafficking in their churches. It's extremely exciting ".

UNODC takes pride in learning that its capacity building efforts are yielding fruit. The prospects remain favourable, as we plan to roll-out the training by these enthusiastic trainers.

UNODC implements anti-trafficking activities in collaboration with the Government of Zambia and with the financial support of the United Kingdom. Implemented as part of the UNODC Global Programme against Trafficking in Persons, jointly with UNODC Regional Office for Southern Africa, this project contributes to the implementation of the 2030 Agenda for Sustainable Development Goals (SDGs) and in particular SDG 16 on Peace, Justice and Strong Institutions.