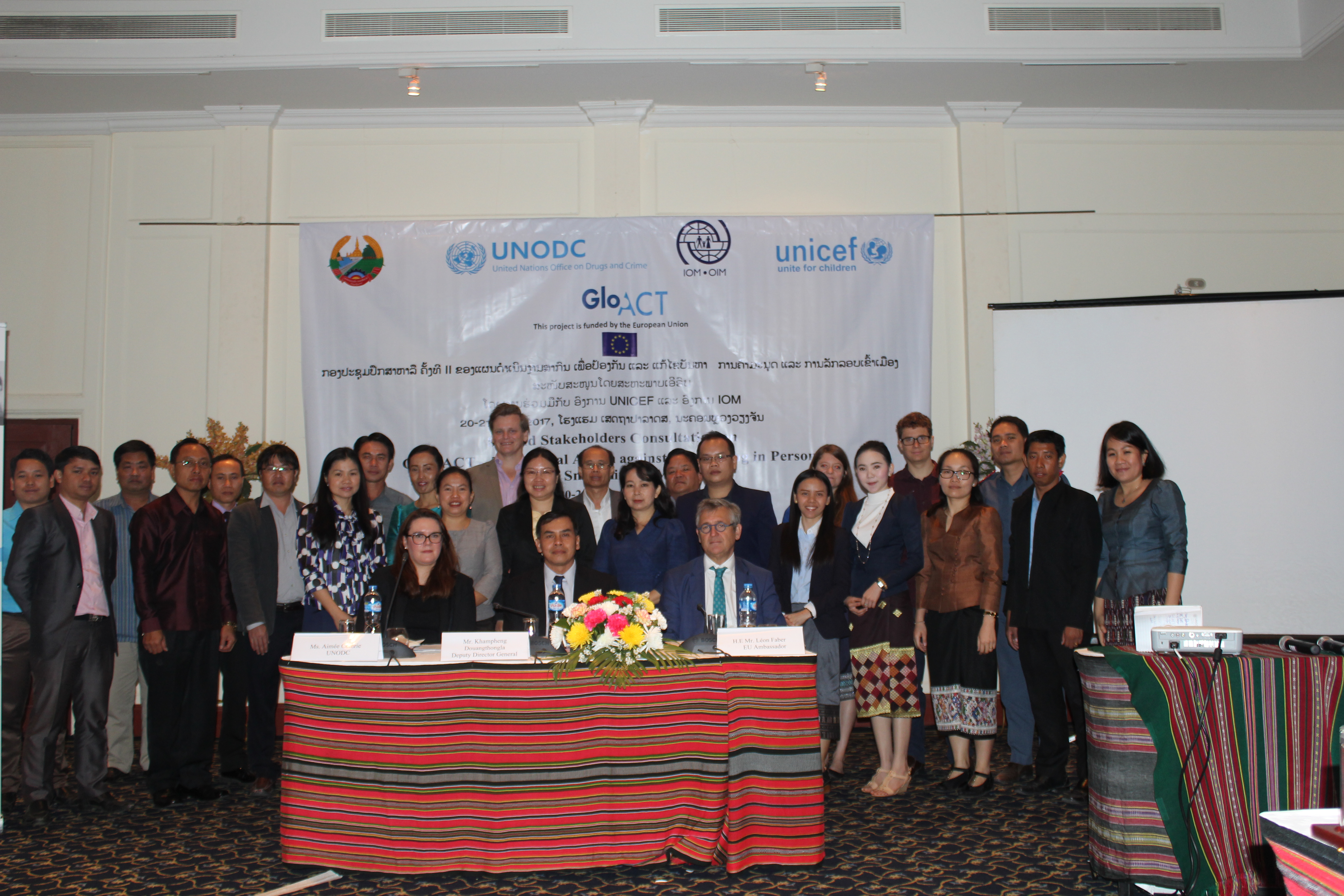 Vientiane, Lao PDR - 3 March 2017 - Senior government officials, international and civil society partners, along with representatives of the relevant line Ministries, convened in Vientiane to put concrete suggestions forward on the proposed workplan of the Global Action to Address Trafficking in Persons and the Smuggling of Migrants (GLO.ACT). 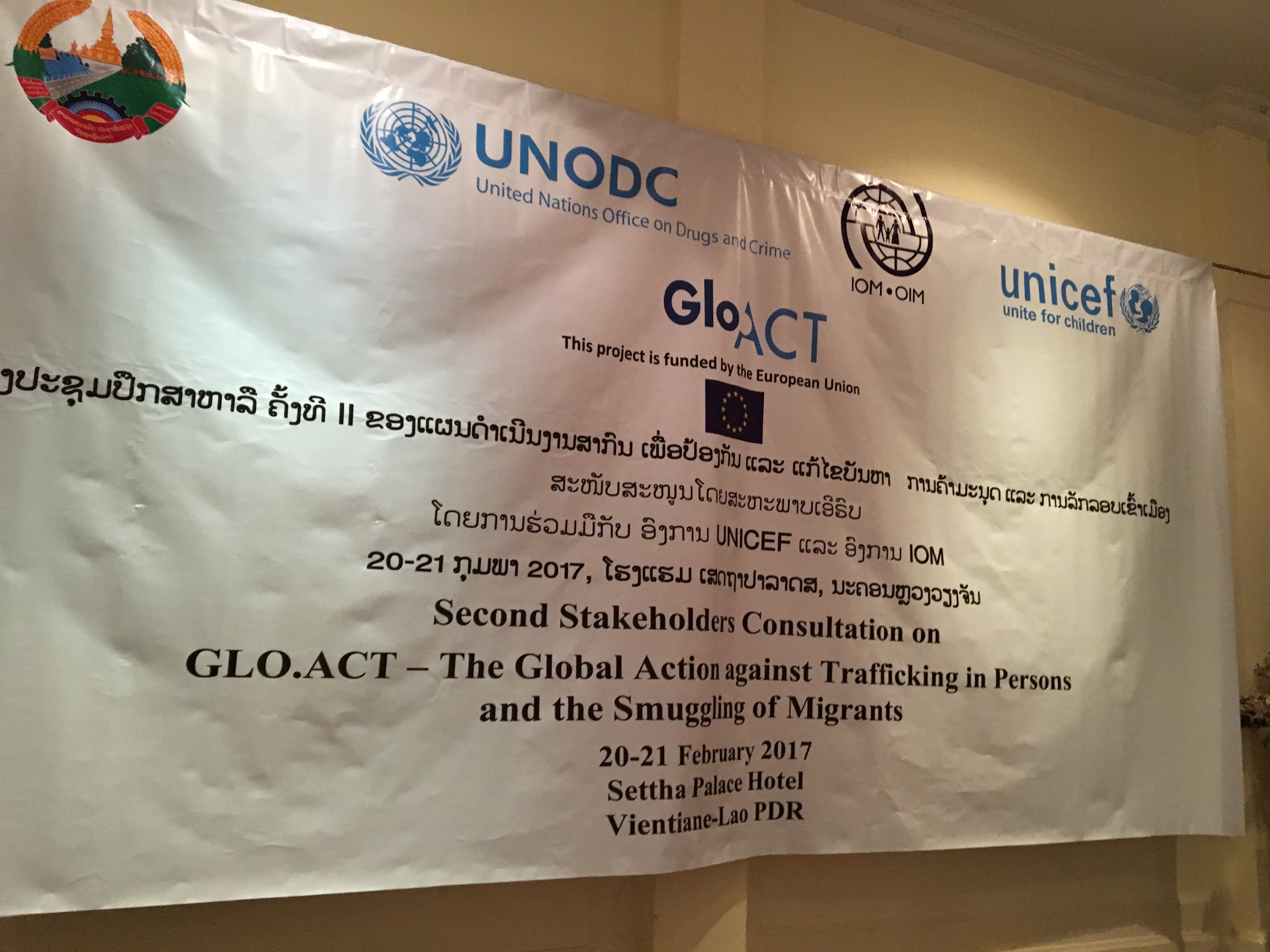 Over the next three years, GLO.ACT will implement activities in the areas of assistance and protection to victims and vulnerable people, as well as in prevention, investigation, and prosecution of the two offences of trafficking in persons and migrant smuggling.

During the two-day stakeholders' meeting, Mr. Khampheng Douangthongla,  Deputy Director General, Ministry of Foreign Affairs, reiterated the strong commitment of the Lao PDR Government to addressing these transnational organized crimes.  Mr. Douangthongla emphasized the need for a multi-agency and multidisciplinary response, and called upon all relevant authorities as well as civil society to coordinate and collaborate in the framework of GLO.ACT in order to protect victims and bring those responsible to justice.

The Ambassador of the European Union to Lao PDR, Mr. Léon Faber, commended  Lao PDR for the country's ratification of the ASEAN Convention on Trafficking in Persons,  stating that "implementation of the legal framework is a key priority, as is promoting a victim-centred approach to addressing these crimes". Ambassador Faber also highlighted the important role that social workers can play in identifying and providing protection and assistance to victims of human trafficking. 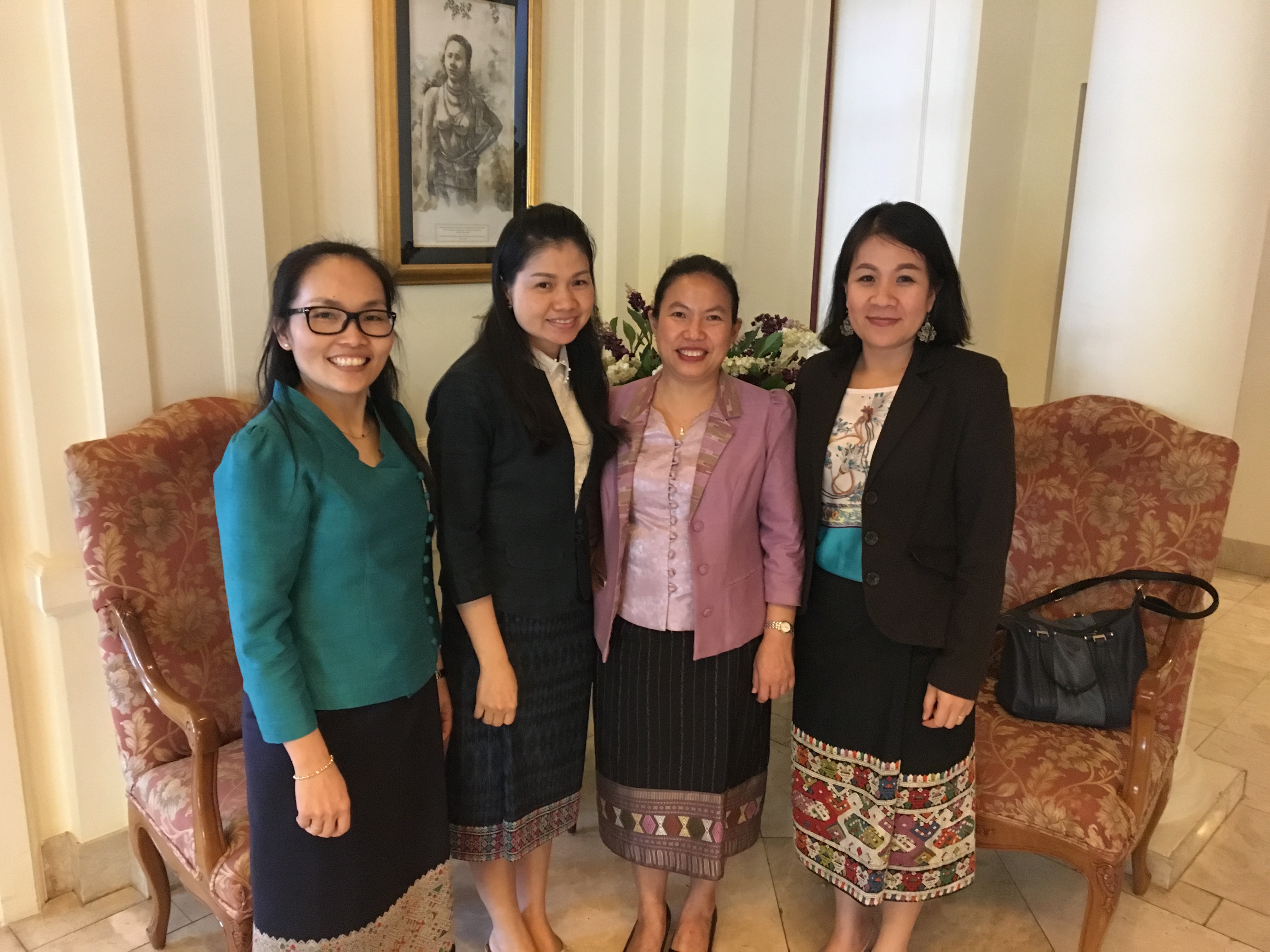 project delivery across the 13 GLO.ACT beneficiary countries, stressing the importance of coordination among relevant stakeholders in order to avoid duplication and to build on existing tools and initiatives. Ms. Comrie presented the findings of the 2016 GLO.ACT consultative assessment of Lao PDR's response to these crimes, including 20 recommendations to the Government to strengthen its response to trafficking in persons and migrant smuggling.

On the basis of these recommendations, participants considered specific activities, optimal timelines and relevant partners and counterparts for each pillar of activity. On the second day of the stakeholders' consultation meeting, breakout groups were held to enhance dialogue and exchange of concrete suggestions.

IOM's Head of Office in Lao PDR, Mr. James Lette, presented an overview of IOM's proposed activities in the country, focusing on the pillar of protection and assistance to trafficked victims and vulnerable migrants. IOM will focus on strengthening the national coordination mechanisms as well as support to civil society. Likewise, the UNICEF representative, Ms. Phetviengkhone Xayasane, presented ideas on how the organization can strengthen the child protection framework through GLO.ACT.

Following this second stakeholders consultation meeting, the proposed GLO.ACT action plan for Lao PDR will be shared with the authorities with a view to starting project implementation. 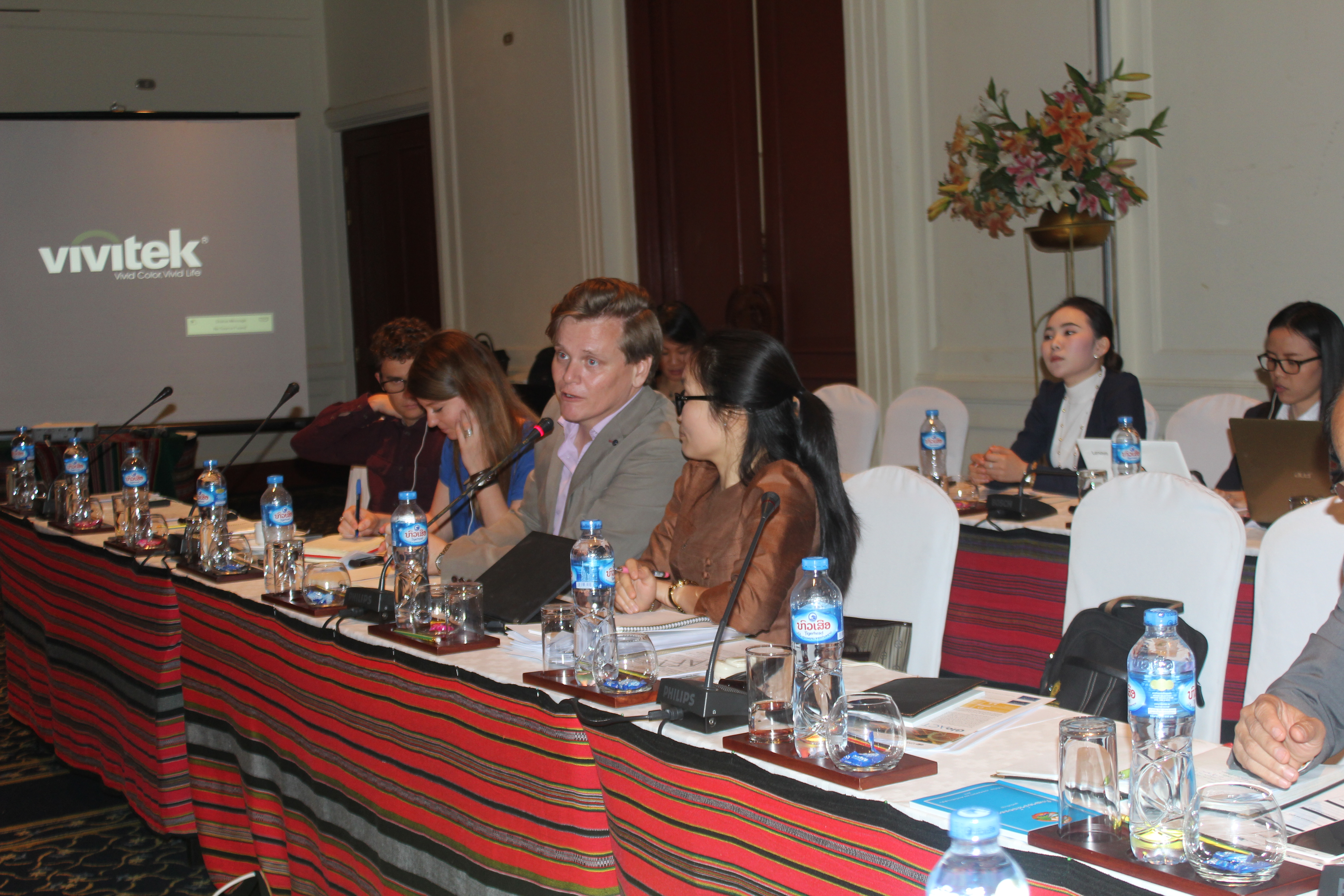 Present at the consultation meeting were representatives from the Ministry of Public Security, Ministry of Labour and Social Welfare, Ministry of Defence, Ministry of Justice, the Border Liaison Office, Child Protection Units, Judicial Research and Training Institute, Office of the Supreme People's Prosecutors, Village Mediation Units, Ministry of Information, Culture and Tourism and Lao Youth Union. Also participating were UN-ACT, Village Focus International, Asia Foundation, Association for Development of Women and Legal Education, and colleagues from the Tripartite Action to Protect Migrant Workers from Labour Exploitation within and from the Greater Mekong Subregion.