Kyrgyzstan Youth Movement Steps Up to Say No to Human Trafficking 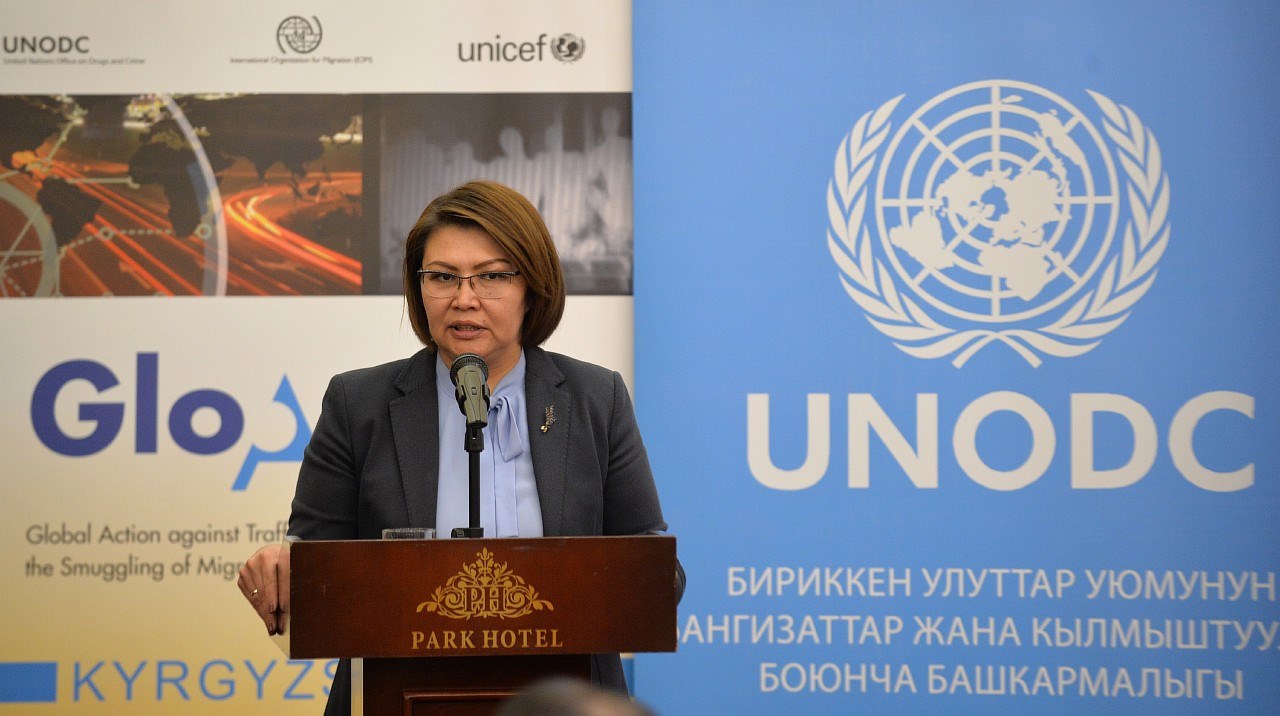 Bishek, Kyrgyzstan - 25 January  2019 - Youth activists from around Kyrgyzstan gathered at a conference to mark the results of a nationwide public awareness raising campaign to prevent human trafficking. For the second year running, the "100 Days against Trafficking in Persons" campaign reached out to communities all around the country to raise awareness of human trafficking as a serious crime.

Held within the framework of Kyrgyzstan's 2017-2020 State Program against Trafficking in Persons and coordinated by the State Agency for Youth, Physical Education and Sport and the State Migration Service, this year's campaign brought together 80 youth leaders representing 30 youth organizations who ran the campaign with local government authorities, civil society and media in all 7 regions and major cities, including Bishkek and Osh. 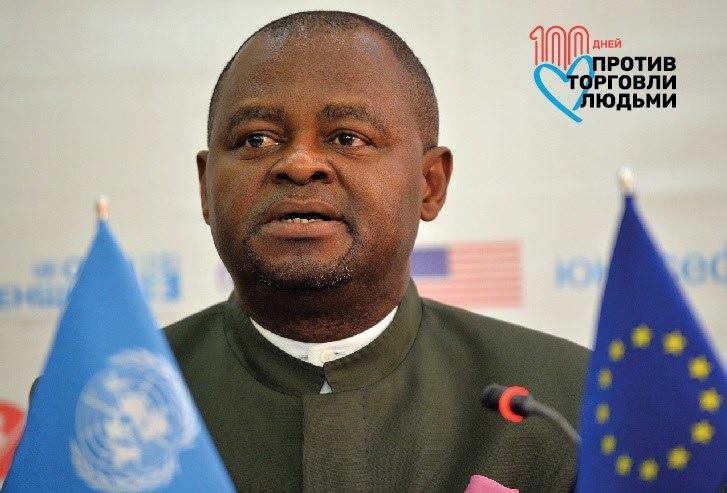 "The Government is committed to tackle trafficking in persons and civic awareness raising is one of the most effective preventive measures", said Ms. Altynai Omurbekova, Vice Prime Minister of the Kyrgyz Republic. "We are ready to consolidate the campaign's results by developing a strategy that will ensure that such interventions are properly funded and conducted on a permanent basis".

The campaign directly engaged 5,000 young activists and reached over 60 000 people with over 50 outreach activities providing people with information on available victim support and advocating for the eradication of such practices, as early marriage, forced marriage and bride kidnapping. The number of calls to the Migration Service's hotline 1899 increased by 14%. 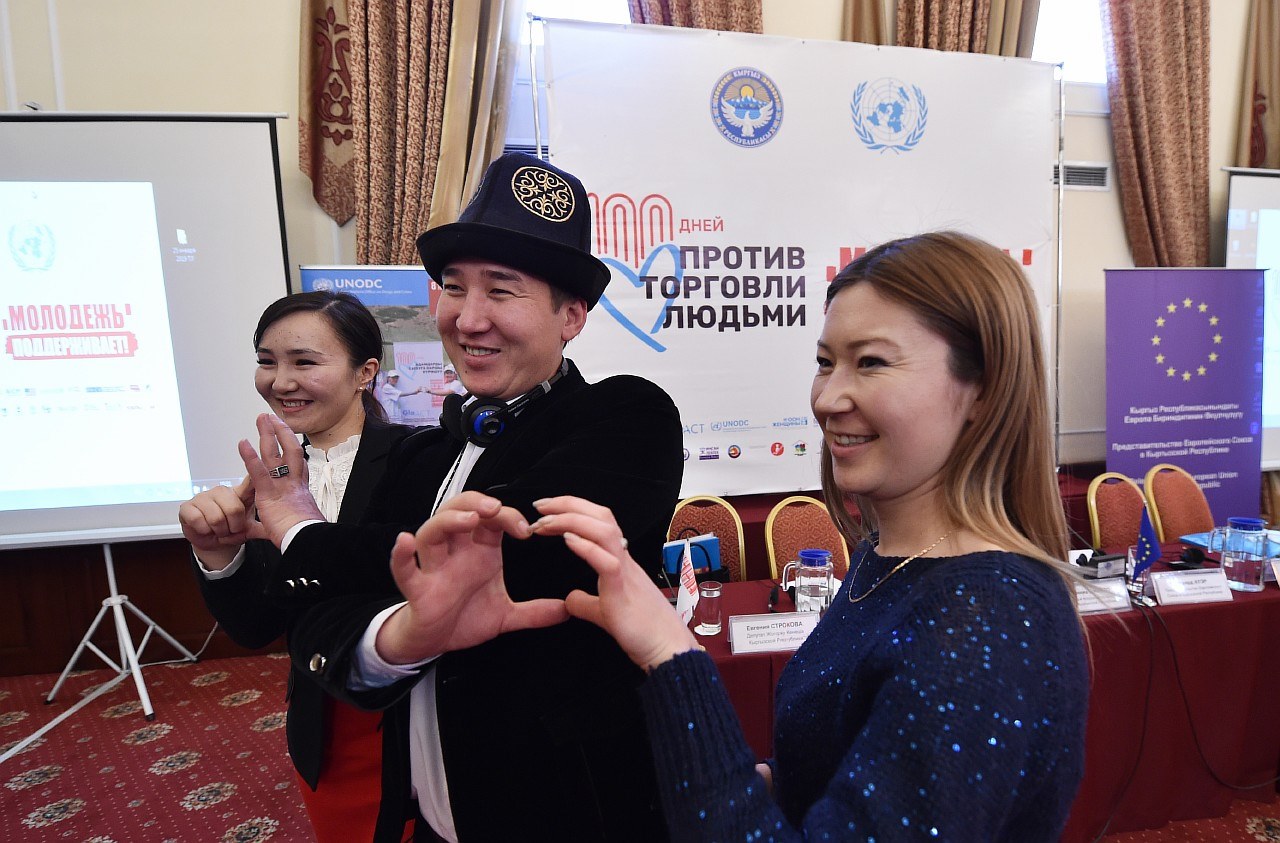 The campaign stressed exploitation risks within the context of large scale labour migration. "The United Nations system stands ready to work with the Government to turn its vision on migration and development outlined in the National Strategy 2040 into reality. This requires the development of a comprehensive migration policy that will channel benefits from migration processes into socio-economic development in the regions", said Mr. Ozonnia Ojielo, the UN Resident Coordinator.

Violence against children and the illegal adoption were hotly debated during the campaign. The UN Resident Coordinator also stressed "The protection of children is our highest priority. We welcome new measures to introduce e- registration of new-borns and patients in maternity clinics."

Several public service announcements focused on the plight of victims of forced labour. According to Ambassador Eduard Auer, Head of the European Union Delegation to the Kyrgyz Republic, "such campaigns help prevent and eliminate forced labour and human trafficking based on effective cooperation of government authorities with civil society. It is essential to enforce legislation relevant to the prevention of forced labour in all sectors of the economy, including by strengthening labour inspection services." 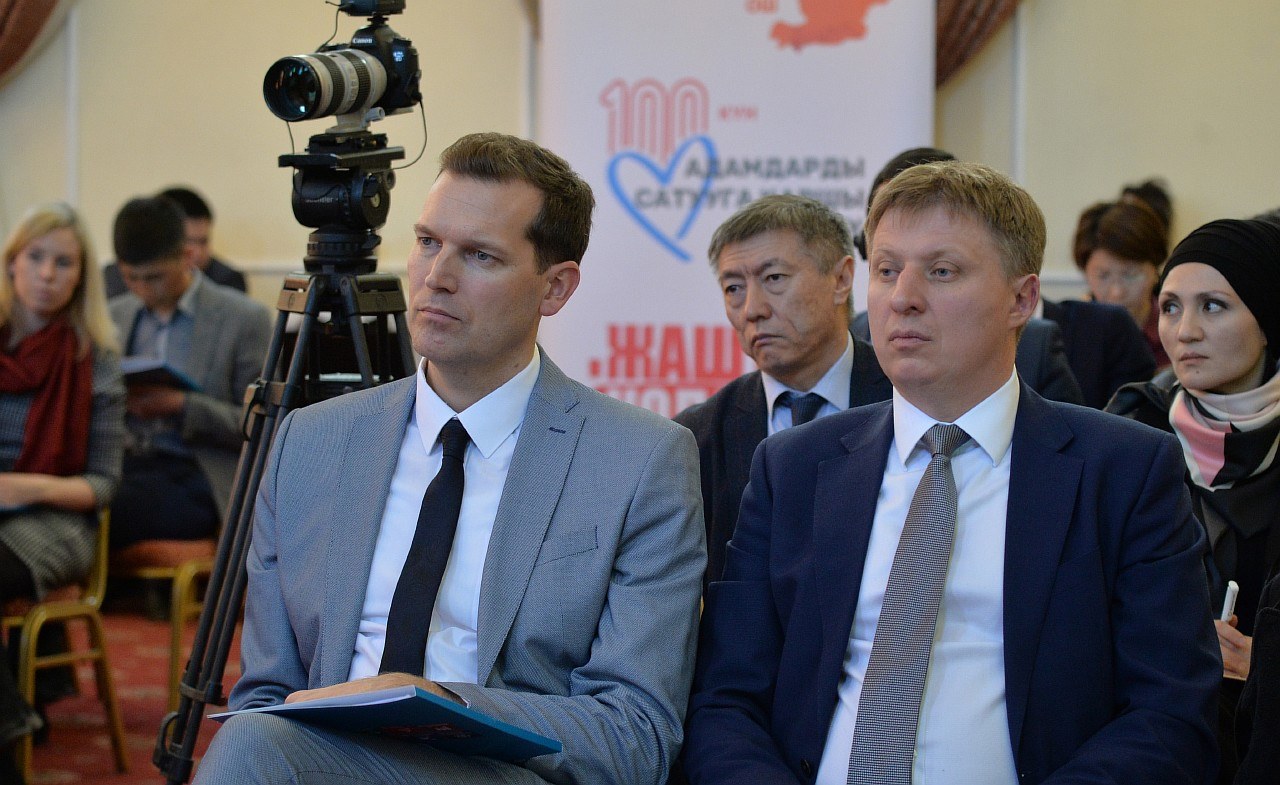 In 2018, the "100 Days against Trafficking in Persons" campaign is supported by the United Nations Office on Drugs and Crime (UNODC), International Organization for Migration (IOM), the United Nations Children's Fund (UNICEF), the International Labor Organization (ILO), UN Entity for Gender Equality and Empowerment of Women (UN Women), the Organization for Security and Co- operation in Europe (OSCE) Programme Office in Bishkek and funded by the European Union (EU) and other donors.

The "100 days against Trafficking in Persons" campaign is an annual initiative, which was first run by the Government of the Kyrgyz Republic and UNODC as part of the Global Action to Prevent and Address Trafficking in Persons and the Smuggling of Migrants (GLO.ACT), funded by European Union. 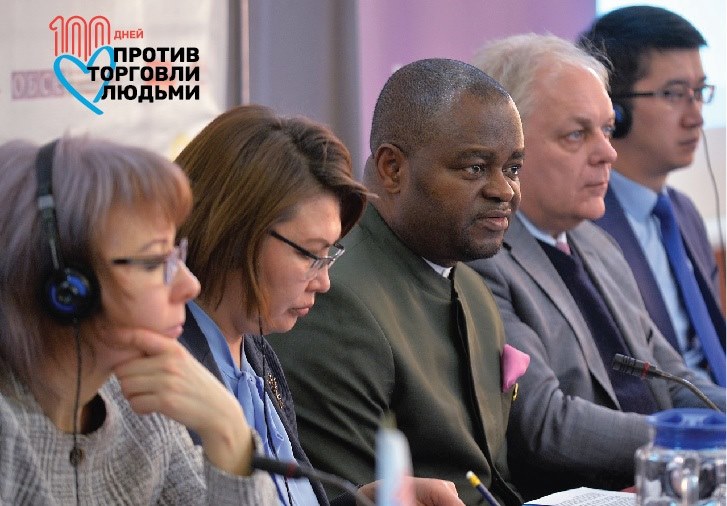 The Global Action to Prevent and Address Trafficking in Persons and the Smuggling of Migrants (GLO.ACT) is a four-year (2015-2019), €11 million joint initiative by the European Union (EU) and the United Nations Office on Drugs and Crime (UNODC). The project is being implemented in partnership with the International Organization for Migration (IOM) and the United Nations Children's Fund (UNICEF). GLO.ACT aims to provide assistance to governmental authorities and civil society organizations across 13 strategically selected countries: Belarus, Brazil, Colombia, Egypt, Kyrgyz Republic, Lao PDR, Mali, Morocco, Nepal, Niger, Pakistan, South Africa, Ukraine. GLO.ACT works with the 13 countries to plan and implement strategic national counter-trafficking and counter smuggling efforts through a prevention, protection, prosecution, and partnerships approach. It supports the development of more effective responses to trafficking and smuggling, including providing assistance to victims of trafficking and vulnerable migrants through the strengthening of identification, referral, and direct support mechanisms.