Brasília, Brazil - 24 April 2017 - GLO.ACT - The Global Action to Prevent and Address Trafficking in Persons and the Smuggling of Migrants was launched on Wednesday, 19 th of April, at the UN house in Brasília. GLO.ACT is a four-year joint initiative by the European Union (EU) and the United Nations Office on Drugs and Crime (UNODC). The project, implemented in partnership with the International Organization for Migration (IOM) and the United Nations Children's Fund (UNICEF), reaffirms that combating human trafficking and migrant smuggling is of the highest importance for the EU and the United Nations as a whole. 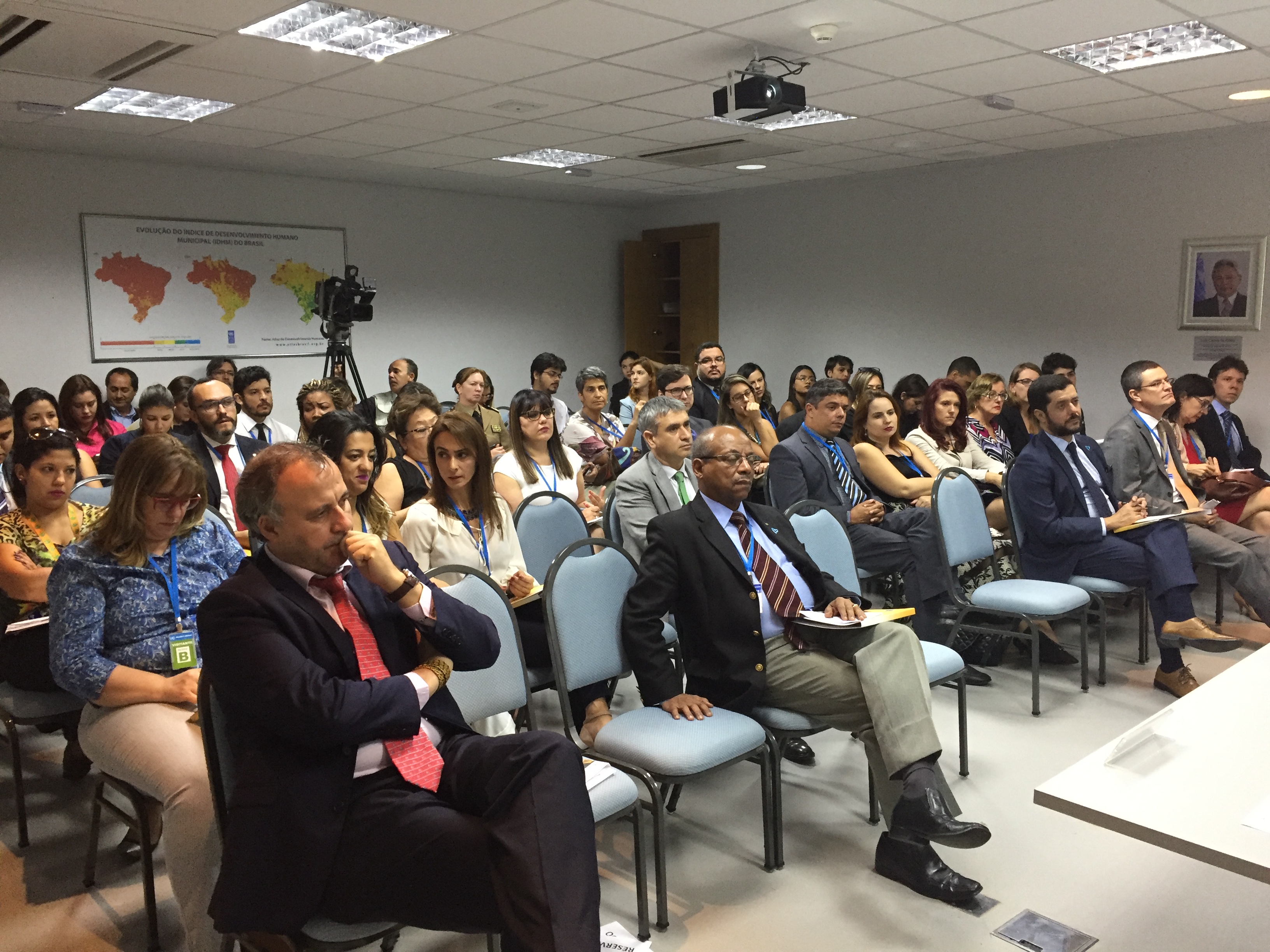 GLO.ACT is a coordinated response to trafficking in persons and the smuggling of migrants and aims to strengthen the criminal justice response  in 13 strategically selected countries across Africa, Asia, Eastern Europe and Latin America [1] . GLO.ACT will work with the countries in developing and implementing comprehensive national counter-trafficking and counter-smuggling responses, ensuring that a dual prevention and protection approach is adopted. While providing assistance to governmental authorities, GLO.ACT will also benefit civil society organizations as well as victims of trafficking and smuggled migrants directly.

The Ambassador of the Delegation of the European Union to Brazil, Mr. João Gomes Cravinho, highlighted that: "The world has changed and  cross-border cooperation in the fight against transnational crimes is more important than ever". The Ambassador also referred to the EU's longstanding partnership with UNODC and how GLO.ACT will help consolidate previous work funded by the EU via institutions such as the International Center for Migration Policy Development (ICMPD), which carried out activities in the country's dry borders, or the EUROSOCIAL program, which supported IOM in Goiânia. 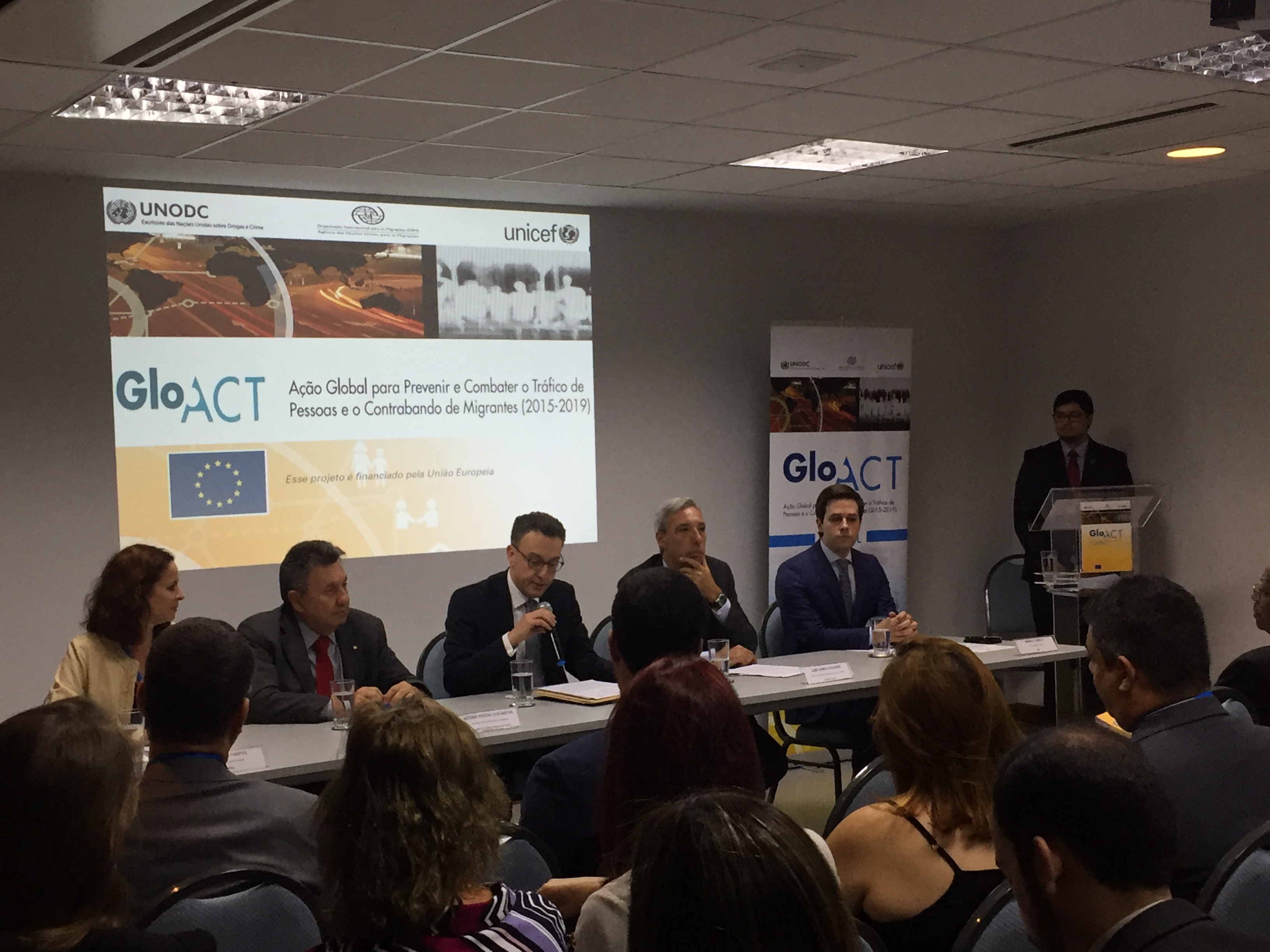 Mr. Antonio de Leo, UNODC Representative in Bolivia, in his speech stated that: "Virtually every country in the world is affected by these crimes. The challenge for all countries is to target criminals who exploit desperate people and protect and assist victims of trafficking and smuggled migrants, many of whom endure unimaginable hardships in their bid for a better life. These people are on the move for different reasons - some are fleeing conflict and war, while others may be escaping serious human rights violations, crisis or poverty, and some simply searching for better opportunities out in the world".

Representing the Regional Director for South America and Head of Mission to IOM in Brazil, Diego Beltrand, Project Coordinator Marcelo Torelly highlighted the activities planned by IOM within the scope of the project, and how they relate to the work that IOM has been developing to provide assistance and protection to vulnerable migrants. Mr. Torelly also pointed out that the objective of the activities is to contribute to the strengthening of existing capacities in the country, in order to produce a lasting legacy in the services of assistance and protection to vulnerable migrants. Among the activities Torelly announced, was a Call for Proposals for Direct Assistance Services for Migrants in a Vulnerable Situation. The aim is to identify and select an organization for the implementation of these services. The deadline for applications is 05.05.2017, and more details can be found at http://bit.ly/2ovo3ab. 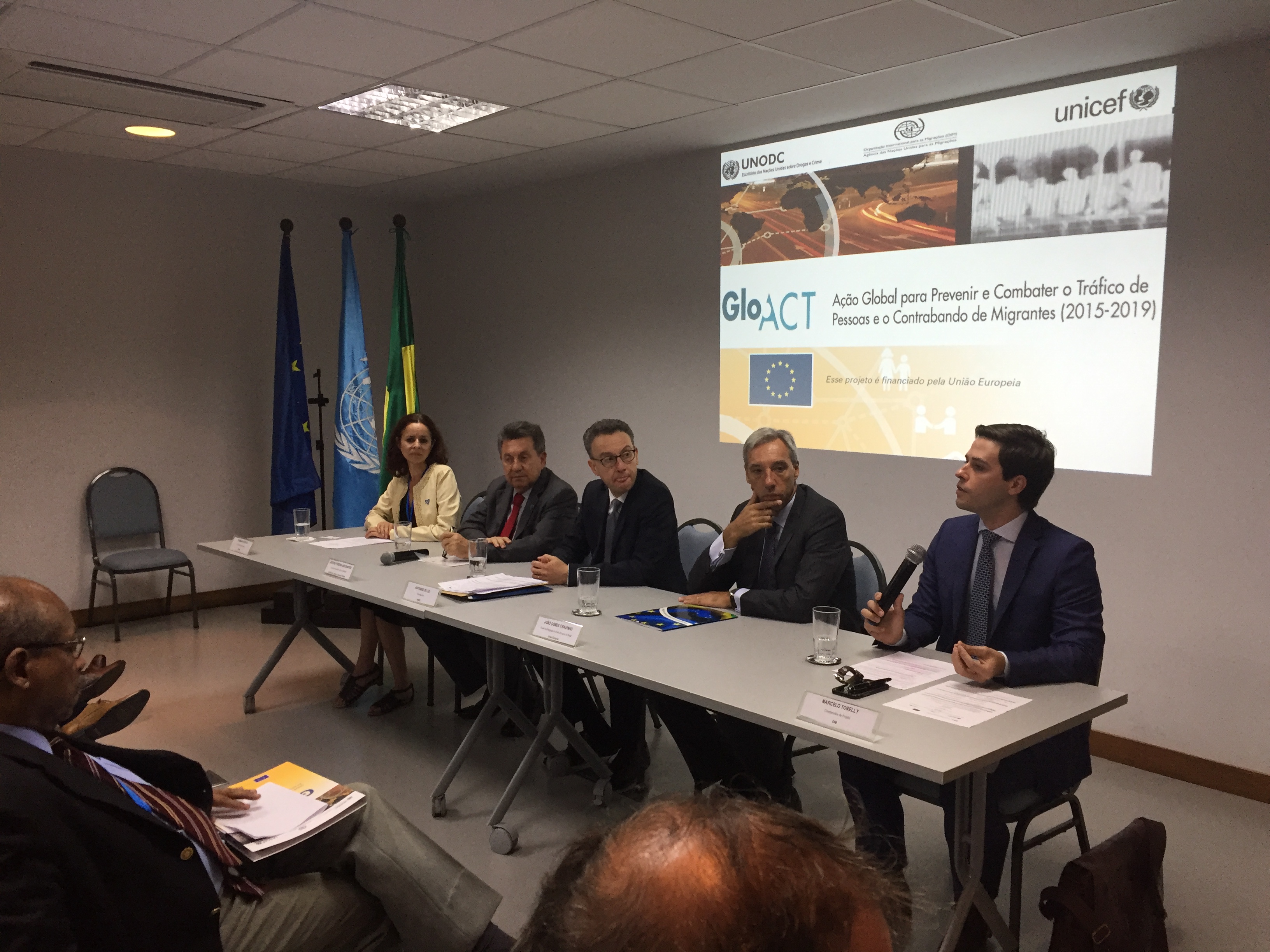