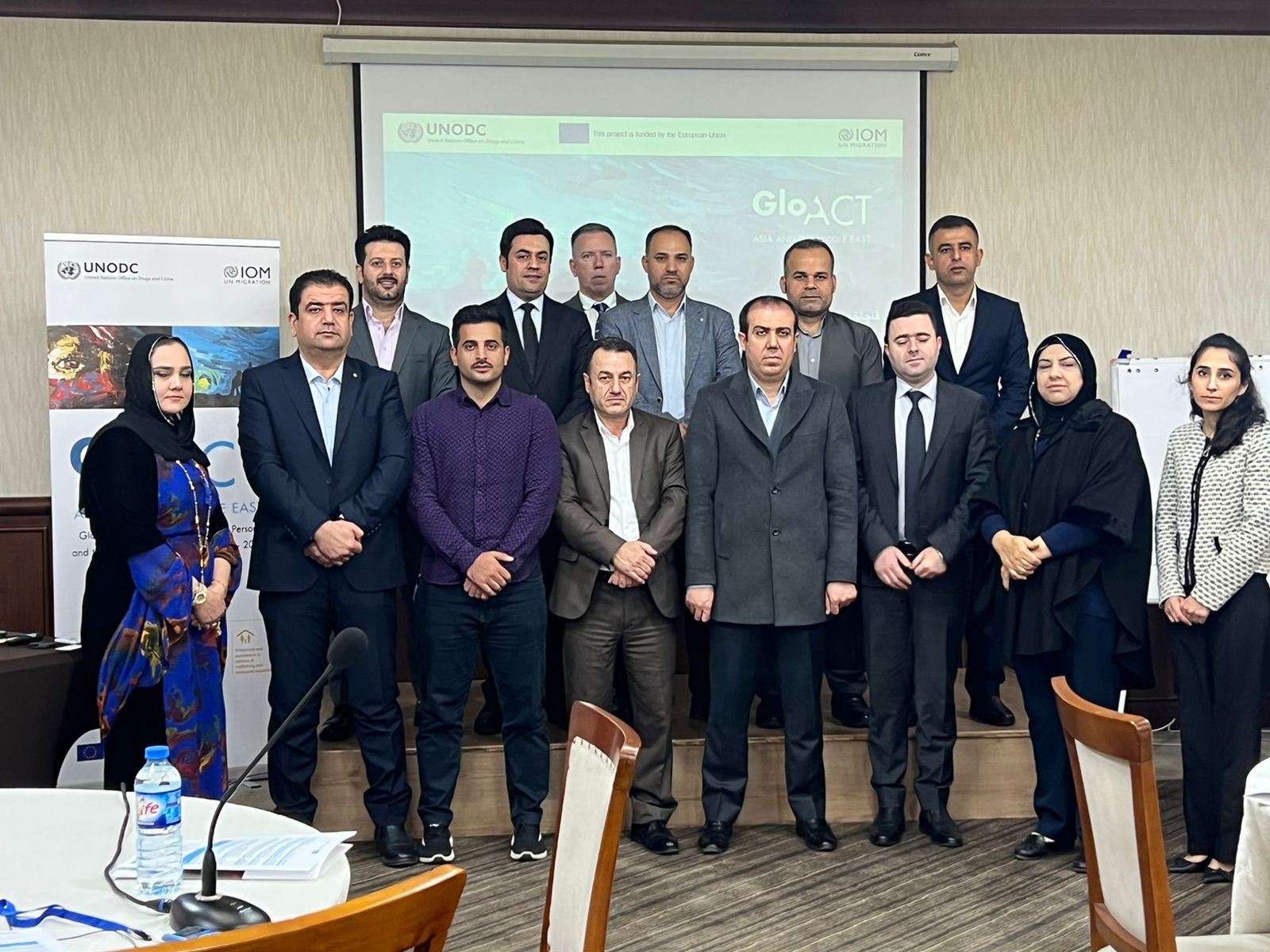 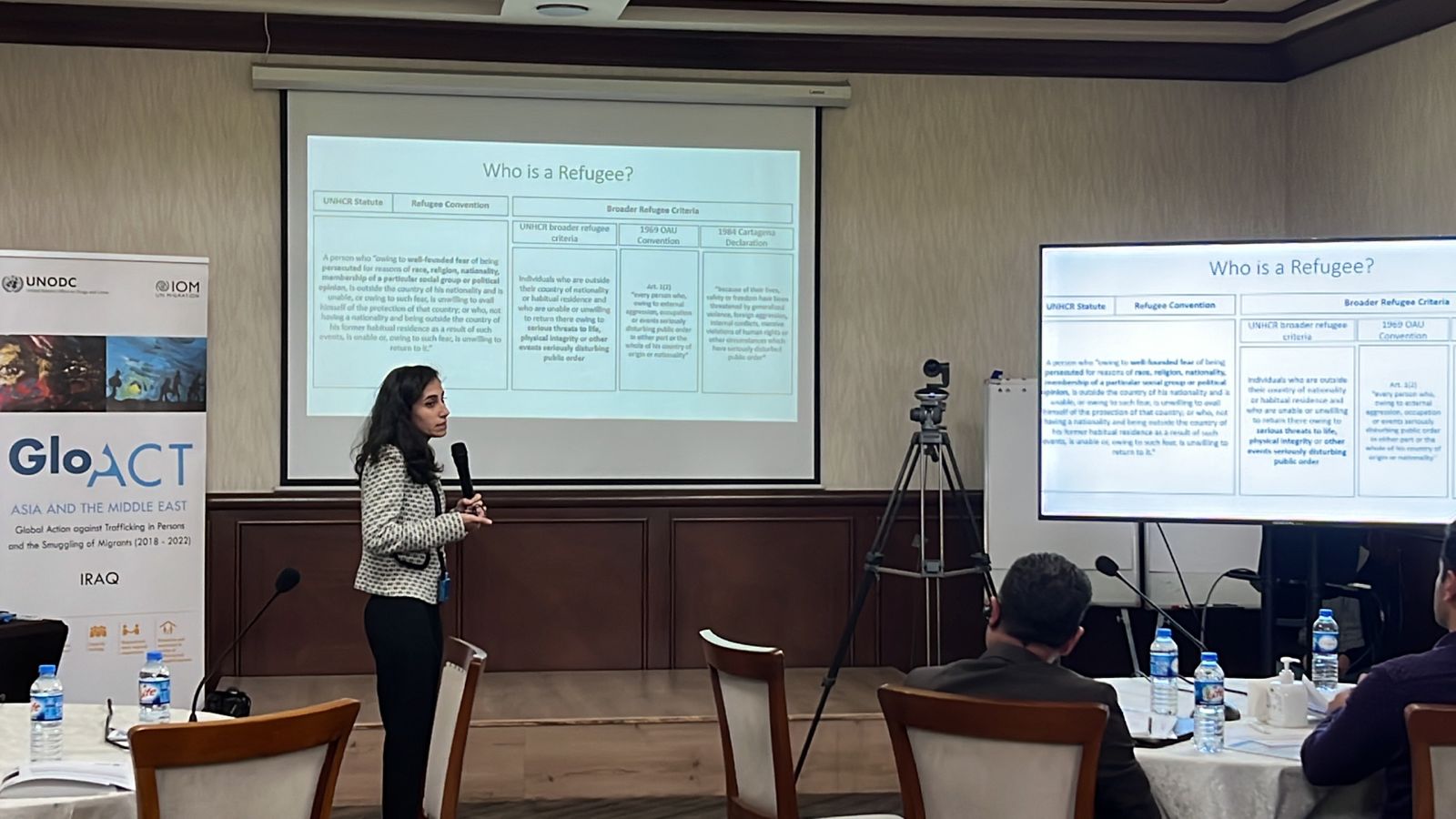 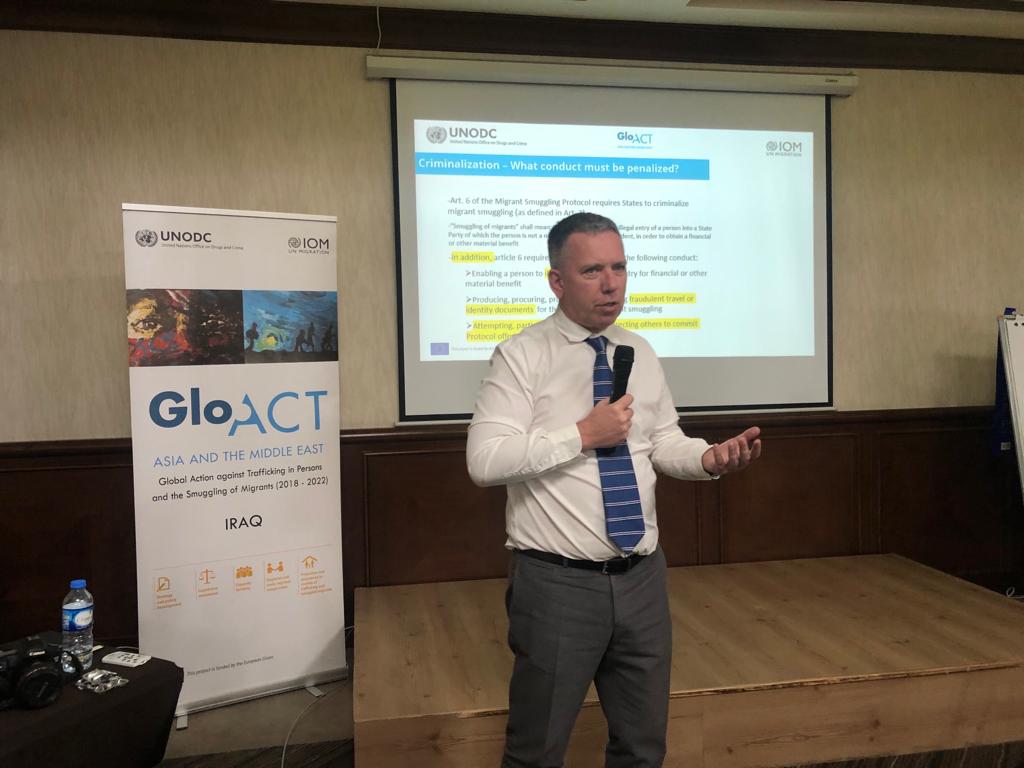 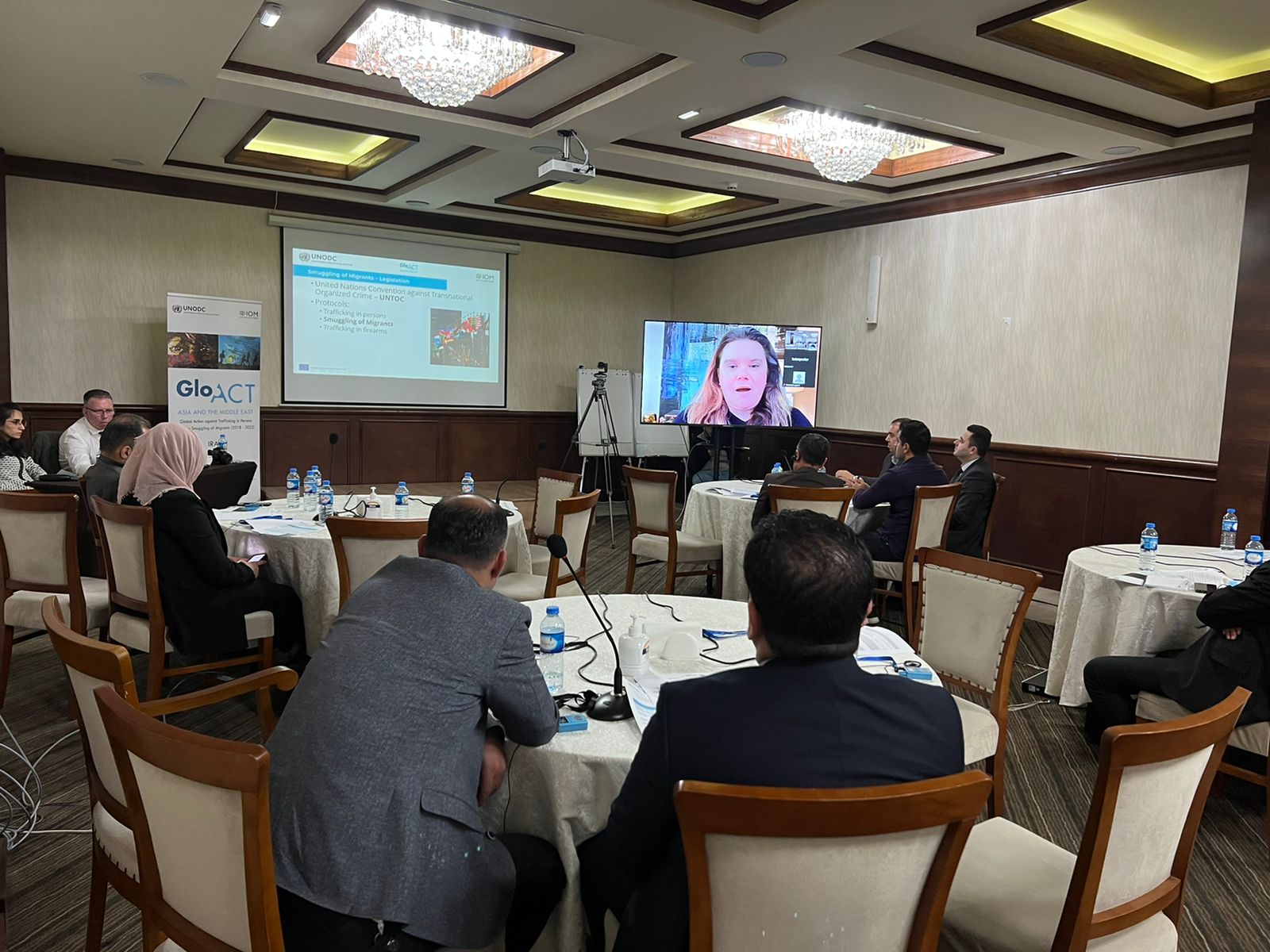 Erbil, KRI - 23 March 2022 – Over the past nine months, the issue of migrant smuggling and how best to address this crime has gained momentum in Iraq. To support counterparts in Iraq UNODC, under the framework of the Global Action against Trafficking in Persons and Smuggling of Migrants (GLO.ACT-Asia and the Middle East), organized on 10 March 2022 a workshop bringing together a diverse group of stakeholders from the Kurdistan Region of Iraq (KRI) to identify pathways likely to facilitate the drafting of national legislation on the Smuggling of Migrants (SOM).

This workshop in KRI follows on from a first workshop held on 9 December 2021 in Baghdad. It ensures an aligned approach is adopted when considering national legislation on migrant smuggling.

Opening the workshop, Martin Reeve, GLO.ACT Regional Advisor spoke about the current context in Iraq and beyond, outlining the need for a response to migrant smuggling. Mr Reeve explained why it is essential to understand the difference between SOM and Trafficking in Persons (TIP). He talked participants through some of the critical considerations for national security and emphasized that international cooperation is essential to ensure successful SOM investigations.

Highlighting some critical cross-cutting human rights and gender mainstreaming issues, Zubaida Shakir, GLO.ACT National Project Officer, Iraq said, “Laws need to be inclusive of the needs of the diverse populations they are serving. Criminal justice practitioners and legislative entities need to be mindful of the need of women and children and the risks they face on route.” Ms Shakir also added that it is necessary to uphold international human rights standards and integrate them into new legislation.

To present on the international Protocol against the Smuggling of Migrants by Land, Sea and Air, supplementing the United Nationals Convention against Transnational Organized Crime, Aimée Comrie, GLO.ACT Project Coordinator joined the workshop via video link. By presenting various case scenarios, Ms Comrie engaged the group in a lively discussion that highlighted that it is challenging to effectively dismantle organized crime groups that profit from this crime without national legislation on SOM.

The issue of migrant rights and protection in mixed movement situations was addressed by UNHCR, while IOM provided participants with a current situational analysis for Iraq. IOM also highlighted why timely and effective assistance to trafficked persons, smuggled migrants in need and people on the move in vulnerable situations is critical, especially regarding their recovery and sustainable reintegration The final workshop session, delivered by Mr Reeve, focused on smuggling and investigation techniques.

A total of 13 participants (10 males, 3 females) representing  various government counterparts participated in the workshop, including from the legal department, the Directorate of Combating Organized Crime, the joint Crisis Coordination Centre in the Ministry of Interior, the Human Rights unit, the anti-Terrorism unit, and the legal department within the Kurdish security forces (Assaiysh), the Shora Council and the Director of the Legal Directorate within the Ministry of Justice, as well as director of the Reformatories and Head of the Coordination unit within the Ministry of Labour and Social Affairs.