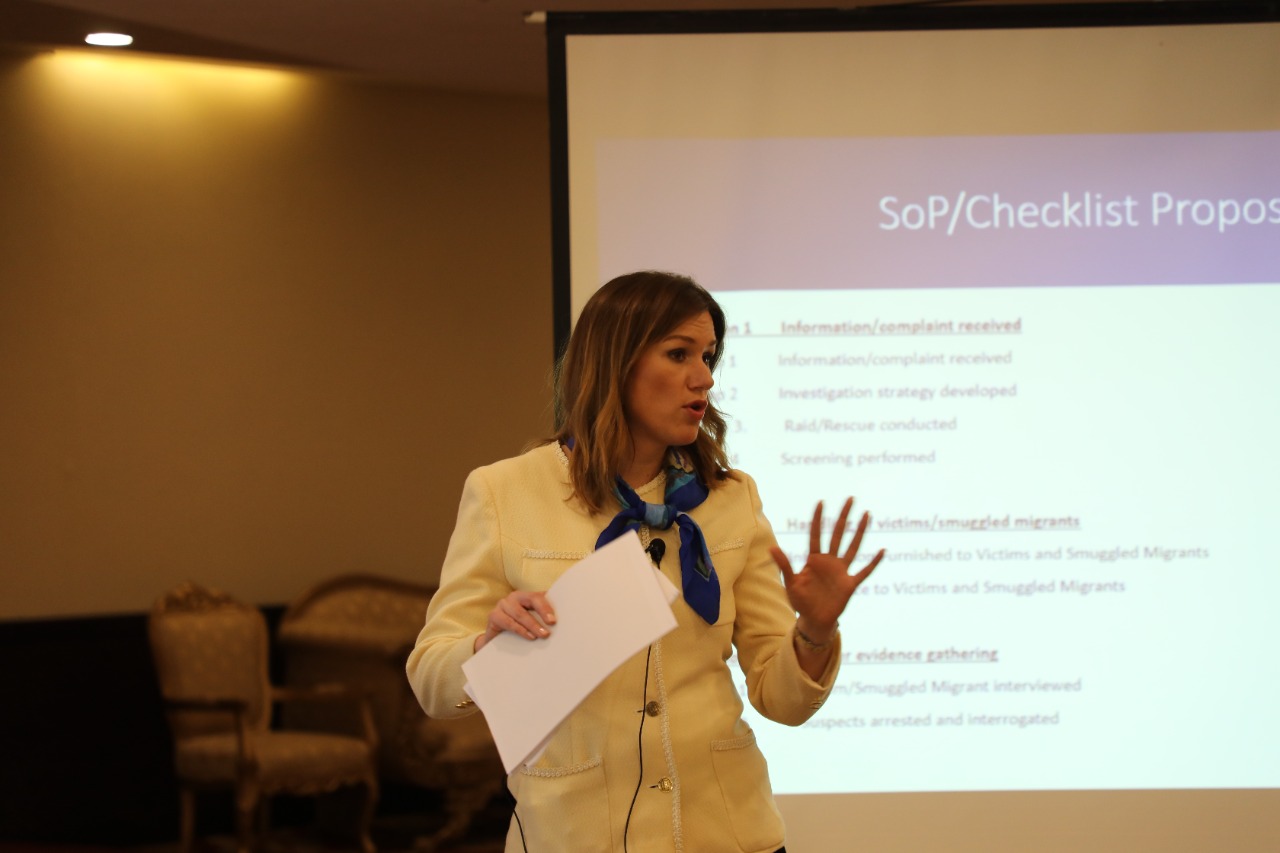 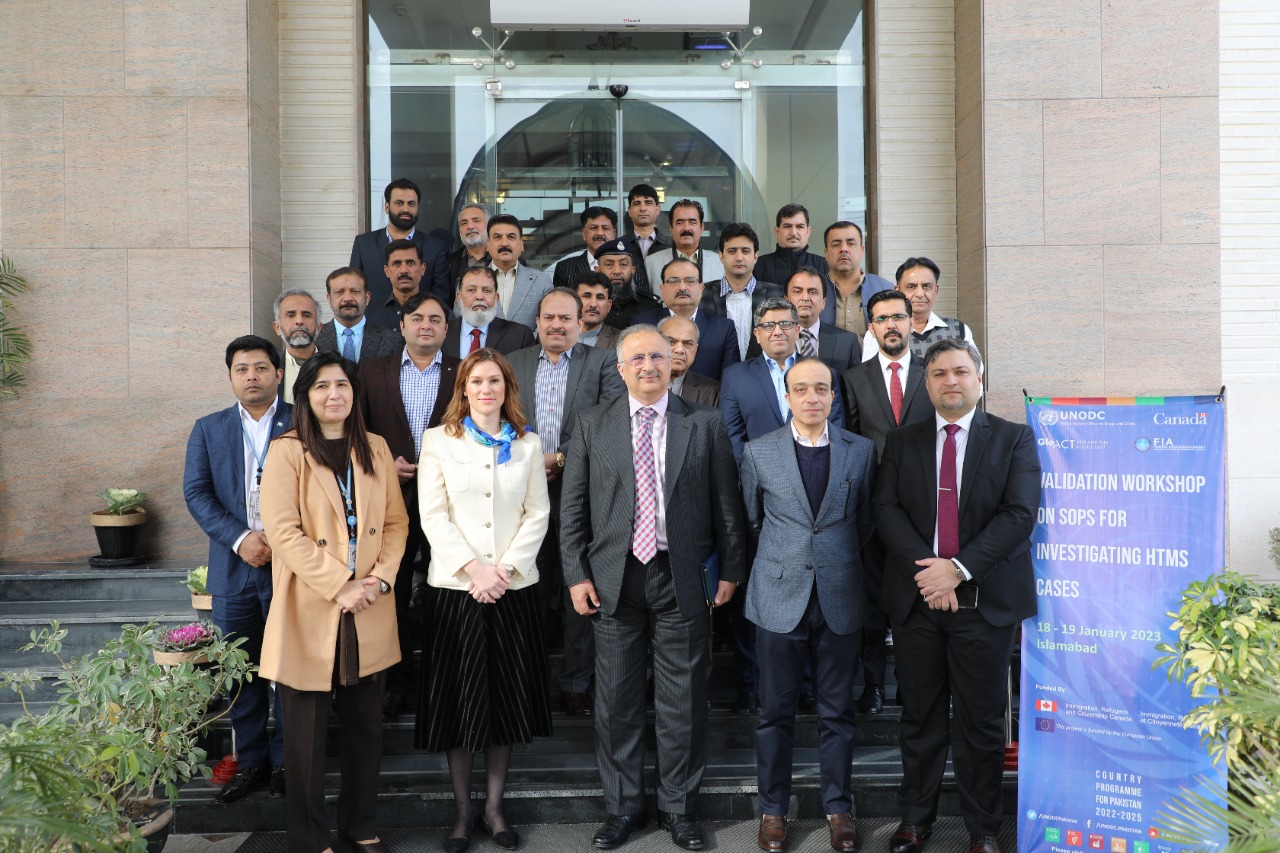 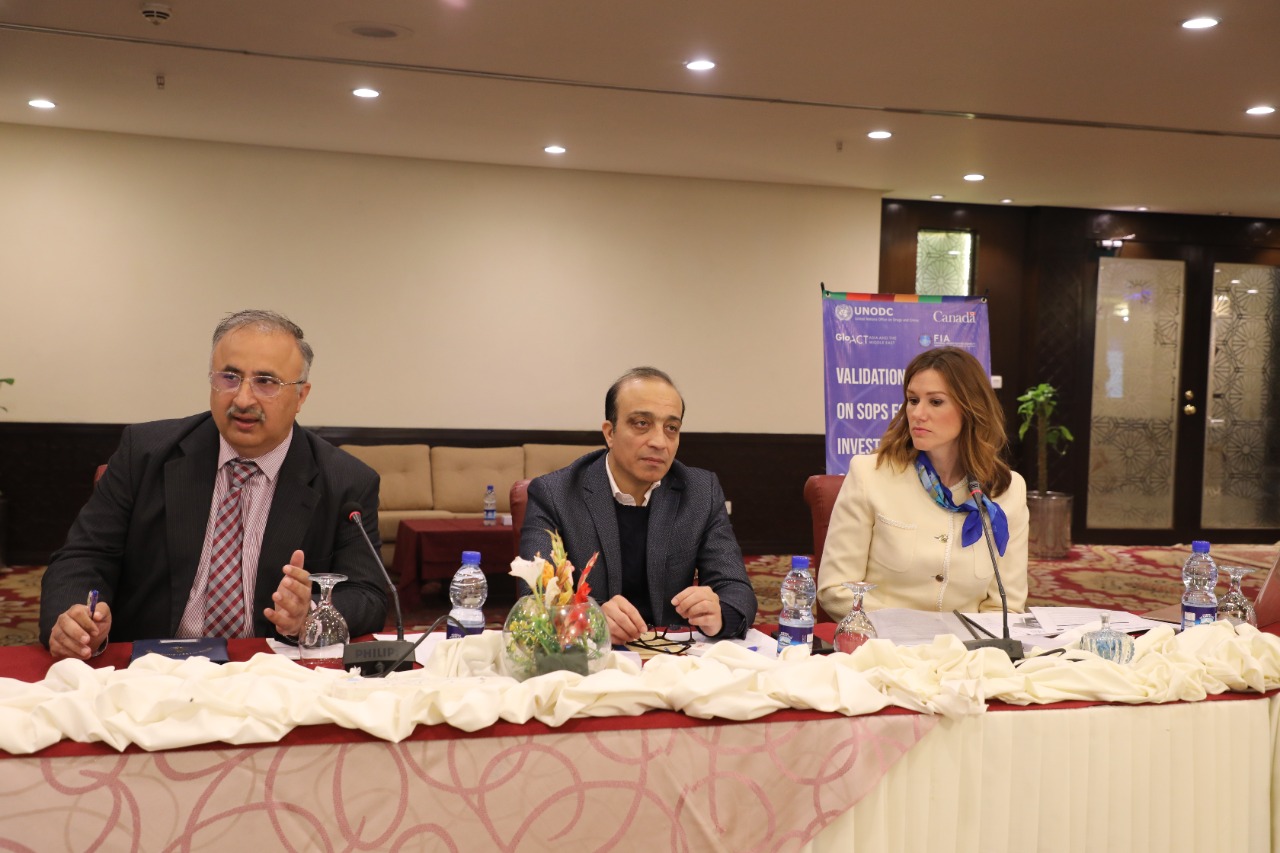 Islamabad, Pakistan, 23 January 2023 - UNODC, under the framework of the Global Action against Trafficking in Persons and the Smuggling of Migrants – Asia and the Middle East (GLO.ACT Asia and the Middle East ), and in collaboration with Immigration Refugees and Citizenship Canada, organized a two-day workshop to validate Standard Operating Procedures (SOPs) for investigation of Trafficking in Persons (TIP) and Smuggling of Migrants (SOM). Organized in Islamabad from 18 to 19 January 2023, the workshop brought together 23 officers from all districts of Pakistan representing Punjab Police, Khyber Pakhtunkhwa Police, Balochistan Police and the Federal Investigation Agency (FIA).

“The adoption of TIP and SOM legislation along with continuous support from GLO.ACT Asia and the Middle East have led to remarkable progress in combatting human trafficking and migrant smuggling in Pakistan. More importantly, however, is that our efforts to counteract these crimes are underpinned by human rights-based, gender- and victim-centred approaches that are crucial because traffickers and smugglers target the most vulnerable” stated Akhtar Hayat Khan Gandapur, FIA Additional Director General in his opening remarks to the participants.

The SOPs, launched at the meeting are based on recently adopted TIP and SOM legislation, aim to customize a procedural framework for law enforcement officers who investigate or support the investigation of TIP and SOM, to protect and safeguard the rights of victims and smuggled migrants and to enhance internal and international cooperation in this regard. The SOPs consist of a number of actions spanning from identification of victims and smuggled migrants, provision of assistance and protection, victim and witness interview, specificities of TIP and SOM investigation as well as preparation for the court proceedings. Each action is composed of several steps and a supporting checklist to allow case officers to monitor in real time the adherence to the SOPs.

The workshop kicked off with an overview of domestic and international legislation pertaining to TIP and SOM and analysis of cases that were tried in Pakistan. Then representatives of the Punjab Police, Khyber Pakhtunkhwa Police, Balochistan Police FIA and the Federal Investigation Agency (FIA) were given an opportunity to share with the audience current investigating procedures pertinent to each agency and challenges they face in their daily work. It was followed by a detailed analysis of each action included in the SOP placing a special focus on specific considerations and safeguards that must be ensured during investigation and victim assistance. Through interactive discussions and group exercises all participants were given an opportunity to share their practical experience, best practices and recommendations thus making the SOPs as practical as possible and tailored to the context of Pakistan.

Human rights, child and gender specific approaches constitute an integral part of each action in the SOPs, including special interviewing techniques for children and female victims, shelter and protection standards that are gender and child friendly and take into account best interests of the child. “I hope that the  roll out of the SOPs will not only help to increase effectiveness of our fights against TIP and SOM, but also translate human rights approaches from purely legal instruments into effective practices and practical realities” underlined Akhtar Hayat Khan Gandapur, FIA Additional Director General.

Following the validation workshop, the SOPs will be updated to reflect feedback and recommendations of meeting participants and presented to the FIA and provincial police for further roll out and implementation.