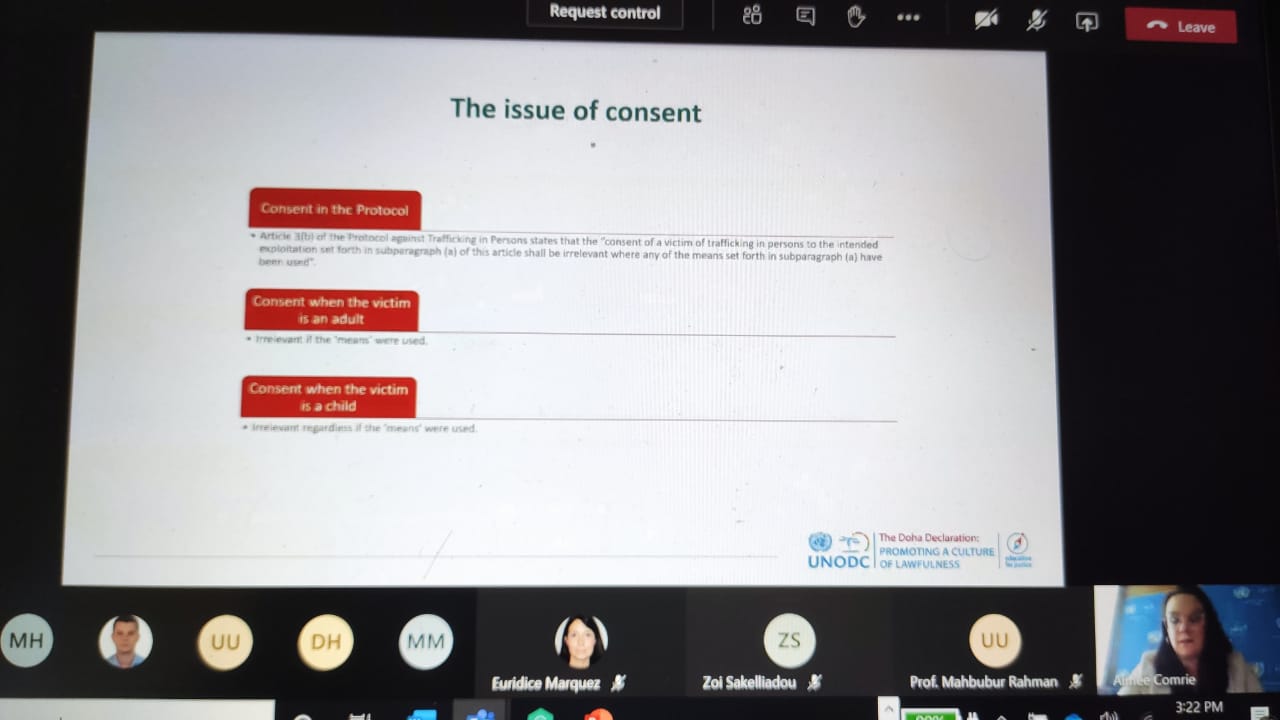 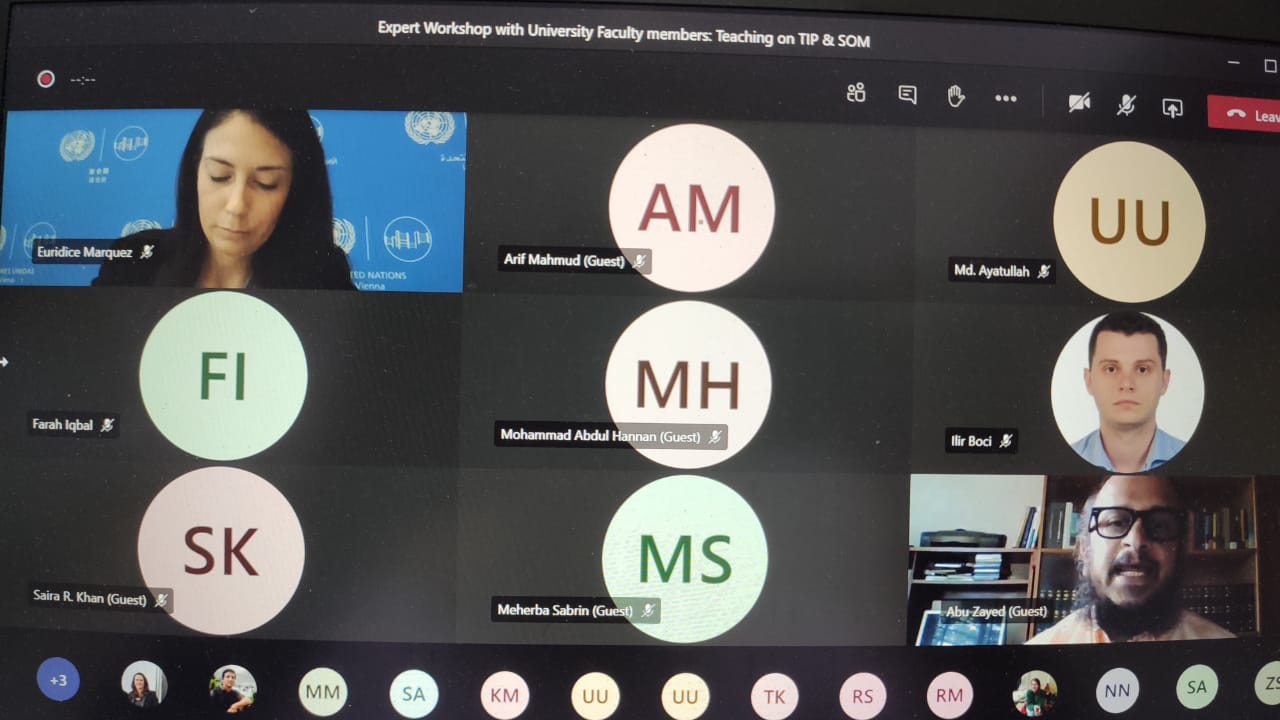 Dhaka, Bangladesh - 21 September 2020 - Roles were reversed recently in Bangladesh where 45 particpants (22 females and 23 males) including university lecturers, professors and deans from 25 public and private universities gathered online from 25 to 26 August 2020 to learn about the crimes of human trafficking and migrant smuggling

The academics from the fields of law and criminology attended a two-day workshop, which was led by UNODC to introduce the relevant modules in its  Education for Justice series (E4J).

E4J facilitates teaching on global issues such as organized crime, human trafficking and migrant smuggling and universities are encouraged to incorporate the materials in their curriculums.

Professor Md. Rahmat Ullah, Dean of the Faculty of Law at the University of Dhaka, which co-organized the event, says such tools “fuel human development”.

“They support future generations who pass through universities as students but eventually become investigators, advocates, prosecutors and judges.”

UNODC experts discussed the importance of the UN's Protocols against human trafficking and migrant smuggling and explained their role in assisting countries to implement the provisions in these international treaties.

The legal definitions of these crimes and their differences and similarities were also highlighted, as well the need for transnational cooperation to prevent and prosecute cases.

Mahdy Hassan, UNODC National Project Coordinator for GLO.ACT-Bangladesh, says the workshop was a “success”, “achieved its objectives” and plans are already underway to work closer with the participating universities.

“It was the first time this group of university professionals had been brought together to focus on teaching about human trafficking and migrant smuggling.”

“Now these academics have a better understanding of how they can use the E4J materials to educate their students about these crimes,” adds Mr Hassan.

Almost every region in Bangladesh is affected by human trafficking and migrant smuggling.

The country is a source, transit, and destination country for the trafficking of men, women, and children, predominantly for the purpose of forced labour, sexual exploitation and domestic servitude – within the country and abroad.

The global demand for low-skilled workers, coupled with limited access to safe, regular migratory routes, lead Bangladeshis to use the services of migrant smugglers.

Before the development of the E4J modules, a comprehensive and global overview of human trafficking and migrant smuggling had been lacking in most university curricula.

To address this gap, more than 100 academics from universities worldwide collaborated with UNODC to develop the University Module Series.

It is now expected that the participating universities in Bangladesh will develop and update their curricula to incorporate the series, which is based on best practises, international standards and includes real cases studies.

Dr Parvez Sattar, an Assistant Professor from the Department of Law at Independent University Bangladesh, was one of the workshop’s participants.

“For over two decades, I’ve been professionally and academically involved in the topics of human trafficking and migrant smuggling. I’ve benefitted tremendously from this workshop, especially in terms of how to approach teaching on these issues,” he says.

“In addition, I got the chance to update my knowledge on the subjects, since a lot has happened in the recent past and continues to happen, especially due to the initiatives of UNODC.”

Fellow participant, Professor Abu Zayed Mohammad, Dean of the Faculty of Law, Northern University Bangladesh, says one reason he took part was “to network with like-minded individuals and institutions and explore ways to collaborate”.

Speaking about the input from the UNODC crime prevention and criminal justice officers, he says: “It was a unique experience to listen to experts who are at the forefront of knowledge on human trafficking and migrant smuggling.”

GLO.ACT Bangladesh is now creating a  network with the participating faculty members and the universities where they teach.

This move was welcomed by Professor Sadeka Halim, Dean of the Faculty of Social Sciences, University of Dhaka.

“I’m pleased that one of the main objectives of the event was to build bridges between the teachers, so they could follow up with one another in an individual capacity regarding the E4J modules.”

“UNODC is a global leader in fighting transnational crimes that destroy so many lives and livelihoods. I remain committed to educate the young to ensure a better tomorrow,” she says.

To read about the media coverage for the event click here

To read more about the previous online event click here

To find out more about Education for Justice click here.