In conversation with Mst. Mahmuda Akter, Sub-Inspector at the Criminal Investigation Department of the Bangladesh police 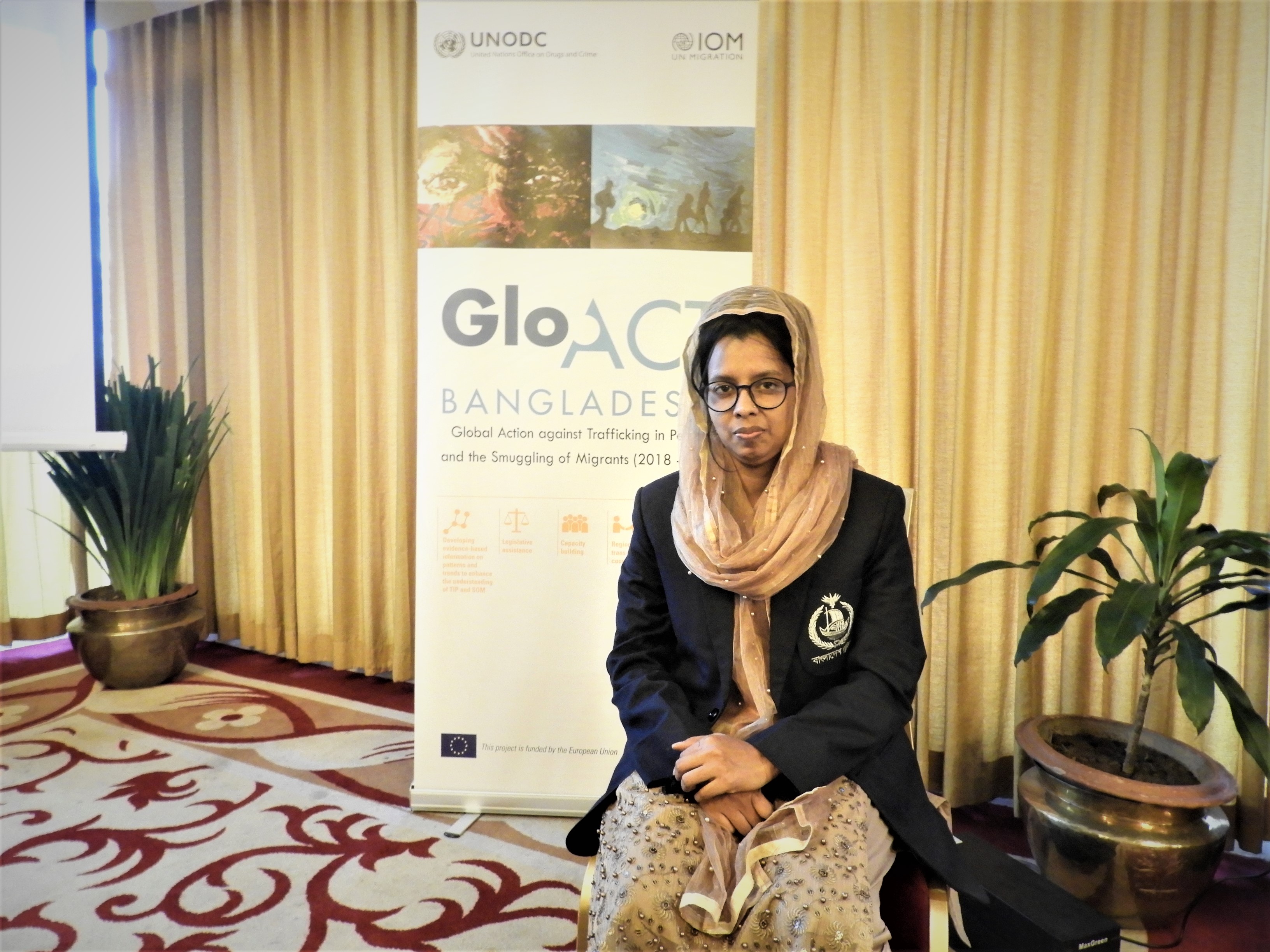 Dhaka, Bangladesh 04 January 2022 – Can you describe yourself in a couple of sentences?  I come from Nandail, Mymensingh. I'm the eldest amongst two brothers and two sisters. I completed my undergraduate and postgraduate degrees in Botany and joined the Bangladesh police 3 years ago. Currently, I'm working as an Investigating Officer for the Organized Crime Branch of the CID. I wanted to do something for the general public from childhood and serve them. I'm very grateful that I can help people through my work.

What motto do you live by?

I want to be a person who inspires other girls to join the Bangladesh police. I hope women join the novel profession of policing and ensure the rule of law in Bangladesh. The whole world should see women in strong roles. See women police officers who are investigating and prosecuting perpetrators. This is important for changing society’s perception of women as vulnerable and weak. Moreover, I hope the Protocol on Trafficking in Persons receives further recognition. I want to see it implemented to ensure more effective steps to stop human trafficking.

What are the main challenges for women working in the law enforcement in Bangladesh?

Women face many challenges in this profession. For many, in this patriarchal society, it is difficult to accept a female investigating officer (IO). They think that women IOs cannot investigate and find the accused. Moreover, they believe women should not be involved in such activities.

In my experience, I have observed that the majority of human trafficking victims are women. Despite equal rights between genders, females are subject to different kinds of exploitation within and outside the country. While being trafficked, primarily for sexual exploitation, I've observed that women are oft tortured physically and mentally. Tragically, when a sexually exploited woman falls pregnant, no one wants to take responsibility for that child. At the end of the day, the victim has to take care of the child, but she may be too traumatized to do so. The experiences of trafficking victims often make me ponder, and I believe everyone should be aware of human trafficking and migrant smuggling. The perpetrators must be brought to justice.

What are the main takeaways from your engagement with UNODC?

I've greatly benefitted from UNODC training. Previously, I didn't have detailed knowledge of human trafficking and migrant smuggling. Through the training, I'm now confident that I'll be able to brief my colleagues on trafficking in persons (TIP) and the smuggling of migrants (SOM). From the training, I learned the difference between TIP and SOM and how to efficiently handle them. I believe the training conducted by UNODC is necessary for all IOs. I'm grateful to UNODC for organizing this training. I hope UNODC will continue training us in the future.