GLO.ACT delivers a training workshop on human trafficking and migrant smuggling for diplomatic and consular personnel 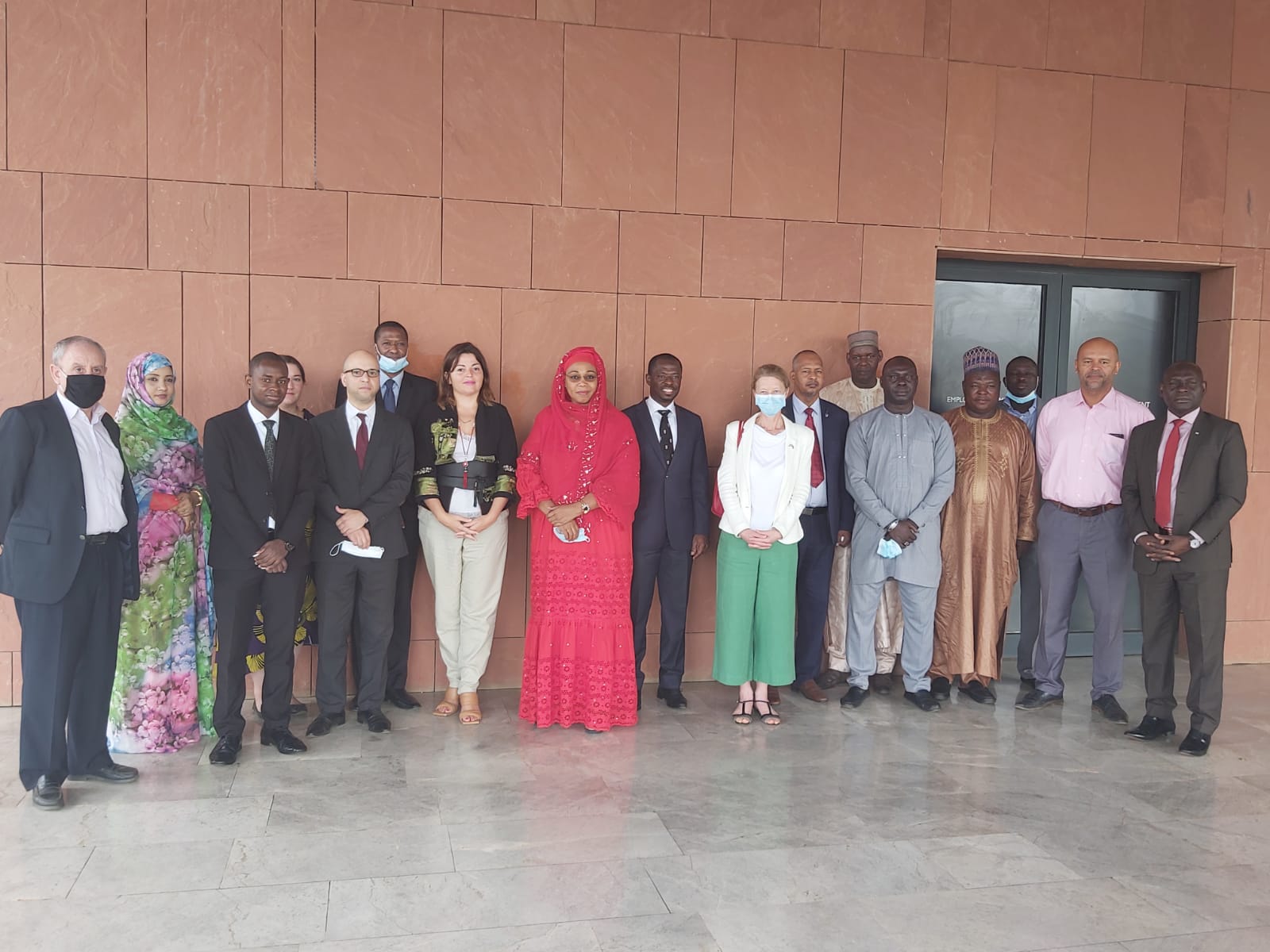 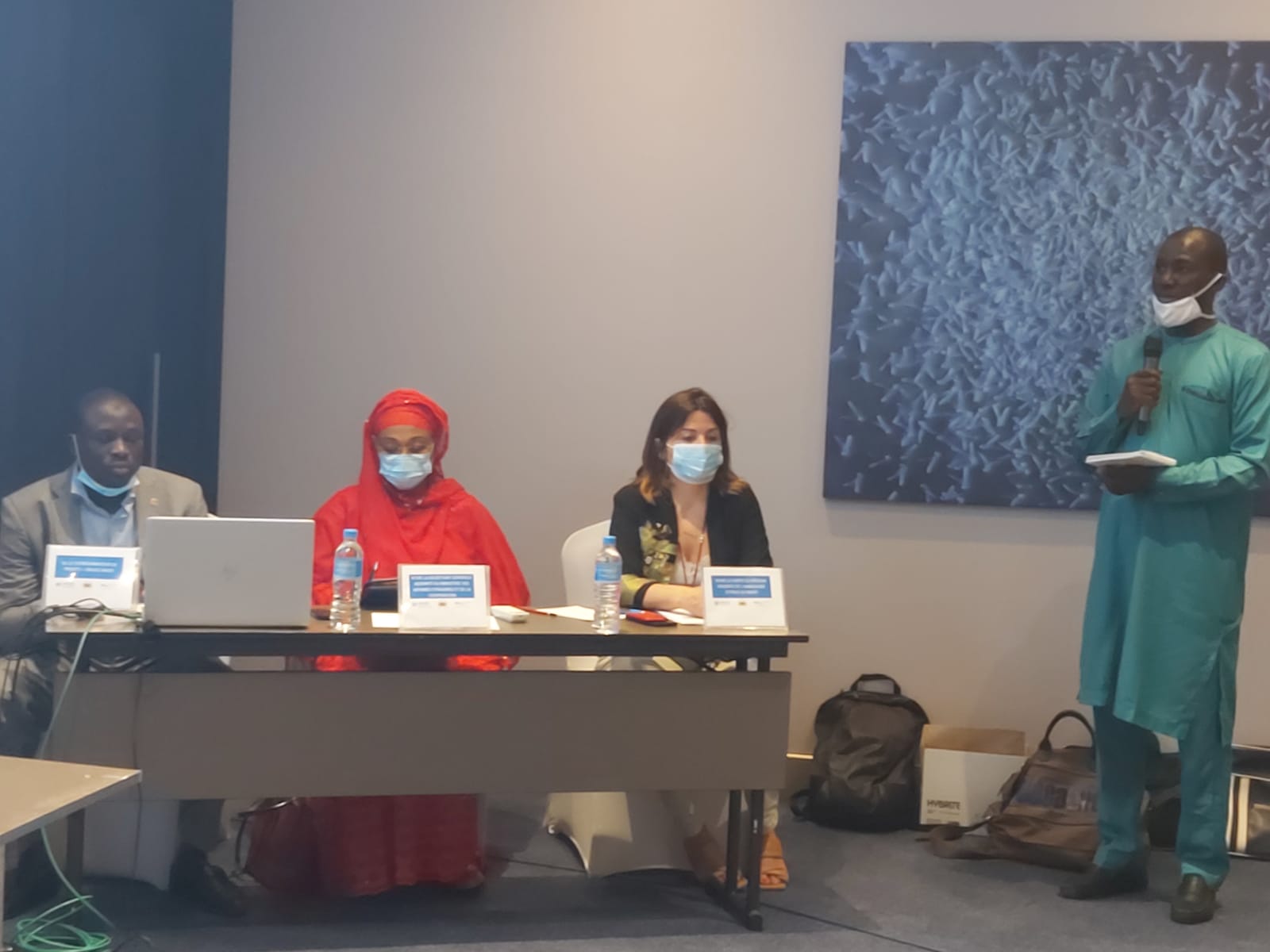 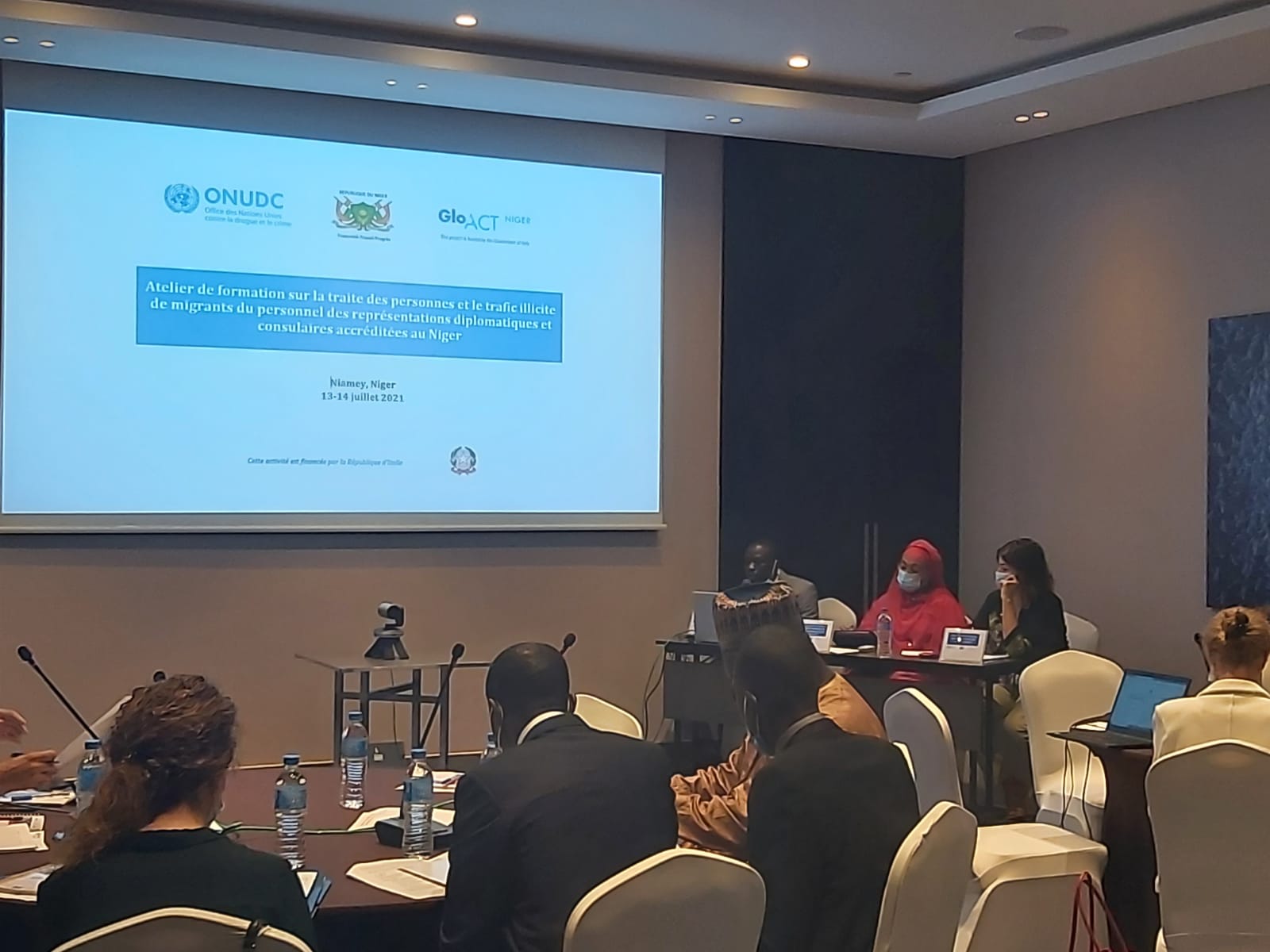 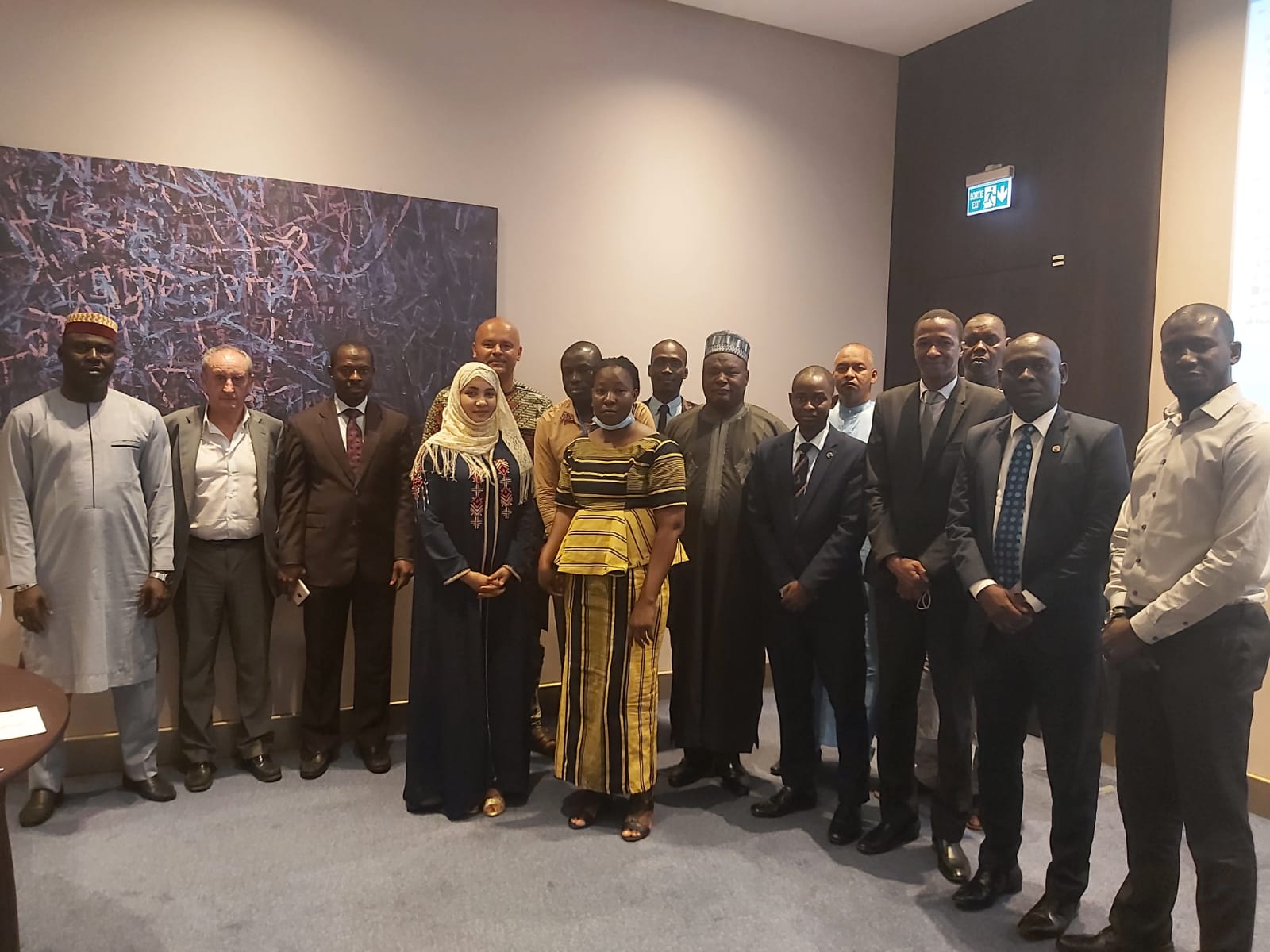 Niamey, Niger 19 July 2021 – UNODC, under the framework of the Global Action against Trafficking in Persons and the Smuggling of Migrants – Niger (GLO.ACT-Niger), supports the Government of Niger in strengthening the criminal justice response to Trafficking in Persons (TIP) and Smuggling of Migrants (SOM). From 13to 14 July 2021, the GLO.ACT team delivered, in collaboration with the Nigerien Ministry of Foreign Affairs and International Cooperation, a training workshop on TIP and SOM for diplomatic and consular representations accredited in Niger. This activity completes a series of trainings for diplomatic and consular staff which were organized between 2018 and 2020.

The objectives of the workshop were (i) to strengthen the capacities of participants to prevent and identify potential cases of human trafficking and migrant smuggling, (ii) raise awareness of the difference between TIP and SOM and the role to be played in the combat against the two crimes and (iii) support the creation of an exchange network between countries of origin, transit and destination for the sharing of information and good practices. The workshop was attended by 17 participants, including six women, from diplomatic and consular representations of the following countries: Burkina Faso, France, Germany, Ghana, Italy, Mali, Mauritania, Niger, Nigeria, Senegal, Spain, Sudan and the UK, as well as a representative of the European Union (EU).

The opening ceremony of the activity was presided by the Deputy Chief of Mission of the Italian Embassy in Niger, Ms. Francesca Maria Orsini, and the Deputy Secretary General of the Ministry of Foreign Affairs and International Cooperation in Niger, Ms. Amina Soni. In their speeches, they thanked UNODC, through the GLO.ACT project, for its support in building the capacities of government officials in the domain of human trafficking and migrant smuggling and recalled the importance of establishing channels of international and regional cooperation at bilateral and multilateral levels to address the two crimes more effectively.

On the first day, the GLO.ACT team gave a presentation on TIP and SOM and the main differences between the two crimes, the legal and institutional framework to combat TIP and SOM as well as the identification of potential victims of trafficking and the role played by diplomatic and consular staff in providing assistance and referring victims to competent authorities. On the second day, the training focused on international cooperation mechanisms to better manage TIP and SOM cases, with a focus on specific initiatives implemented by UNODC and the role of diplomatic and consular representations in the fight against human trafficking and migrant smuggling. Training modules were complemented by several cases studies and exchange sessions to promote information sharing, identify best practices, and build mutual trust.

The GLO.ACT team was delighted with the positive engagement of the participants in the training and their active contribution to the discussions and the practical cases studies.  Several recommendations were elaborated at the end of the two working days, including the need to continue providing capacity building to diplomatic and consular staff and increasingly sensitize on the role of diplomatic and consular representations in identifying victims on trafficking and facilitating cooperation between countries of origin, transit and destination. The involvement of other important stakeholders, such as ECOWAS, in similar trainings was also suggested.