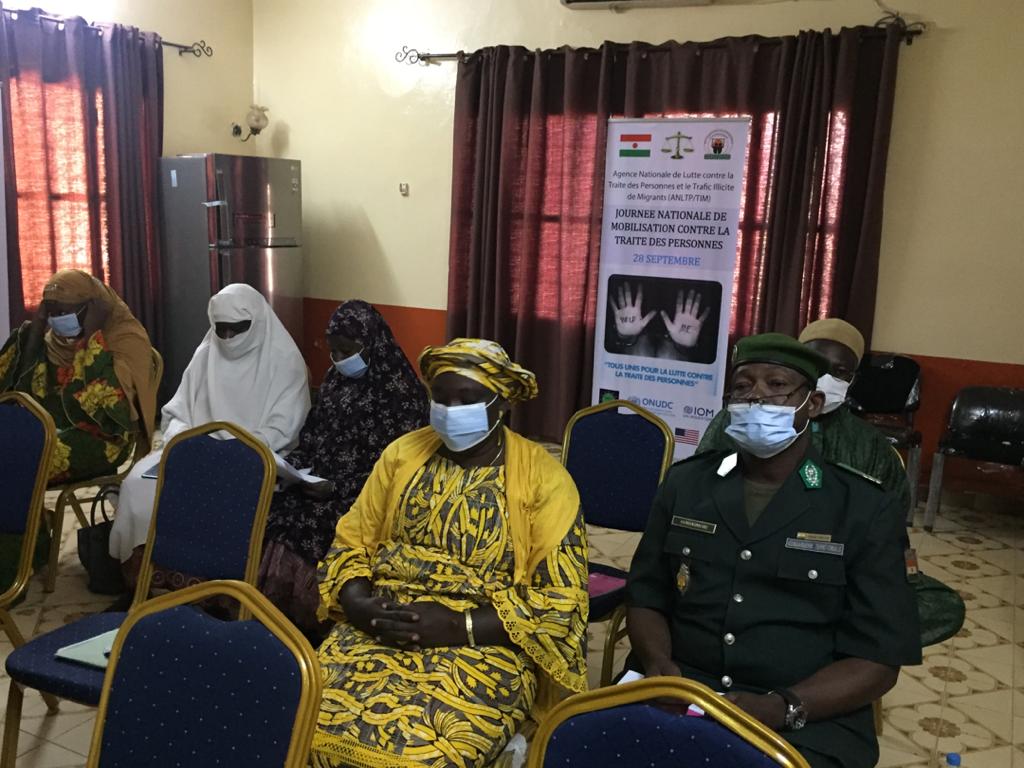 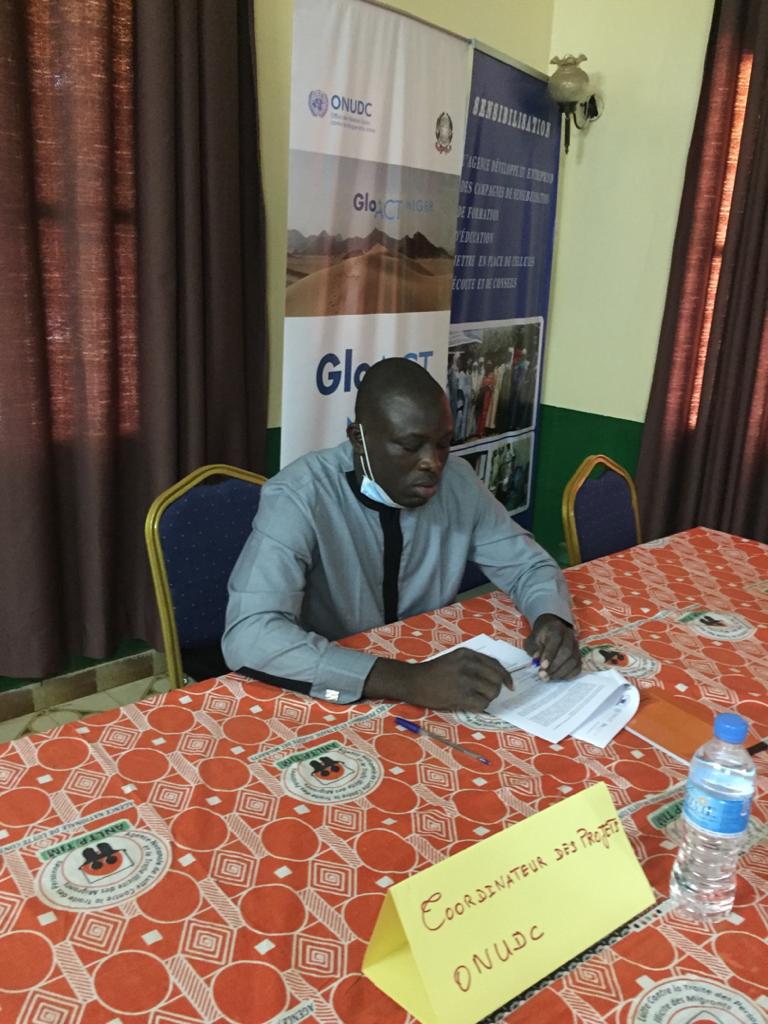 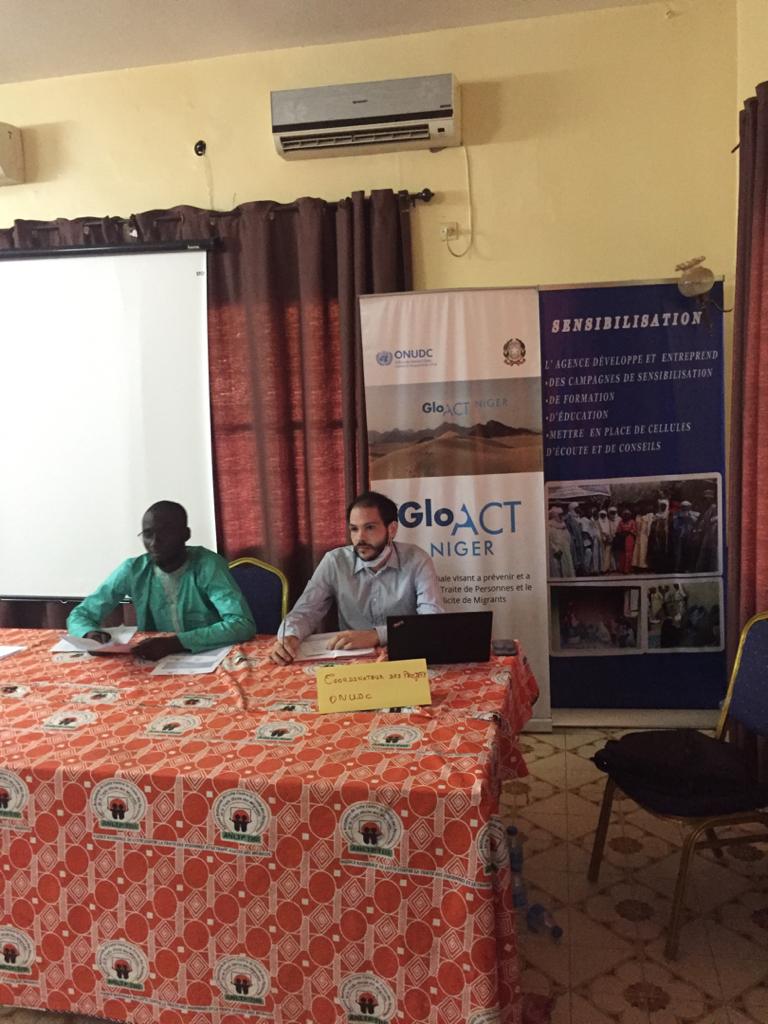 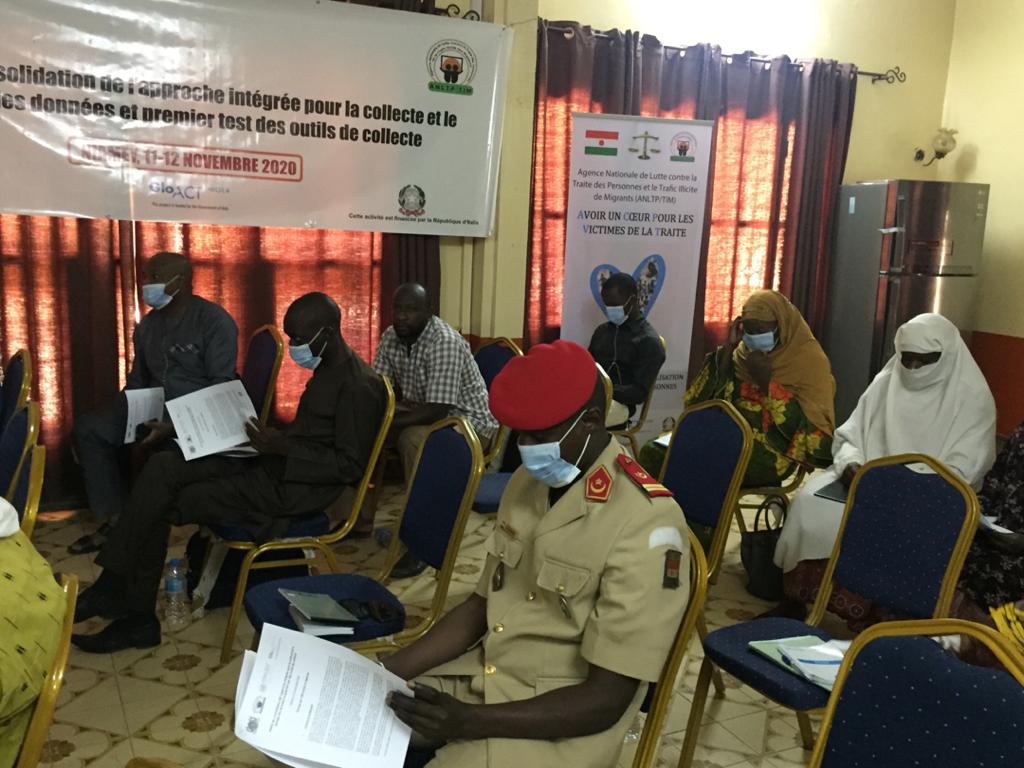 The objectives of the workshop were the following:

The opening ceremony of the activity was presided over by ANLTP/TIM’s Director General who congratulated UNODC for its continued support to the ANLTP/TIM in the fight against Trafficking in Persons (TIP) and the Smuggling of Migrants (SOM). He also encouraged participants to continue to join their efforts for the effective implementation of the centralized data collection and monitoring system on TIP and SOM in Niger, which require the commitment of all actors involved.

On the first day, ANLTP/TIM and the GLO.ACT team retraced all the steps of the processes which led to the holding of this workshop, notably the assessment of the capacities of data providers, the national consultation workshop in Dosso, the elaboration and signature of the MoU, etc. On the second day, data providers worked on several real case studies and learnt how to identify data and information and compile the data collection tools.

ANLTP/TIM and GLO.ACT were delighted with the positive engagement of all relevant stakeholders and their interest to collaborate in the development and implementation of the national data collection, monitoring and reporting system. Looking ahead, the GLO.ACT team is planning to organize several training sessions for data providers and continue to support the engagement of new partners in the process. A first real data collection exercise is planned for mid-January 2021.