From 21 June to 25 June 2010, United Nations Office on Drugs and Crime (UNODC) hosted an Expert Group Meeting (EGM) that brought together over twenty law enforcement and criminal justice practitioners to further elaborate an In-depth Training Manual on Investigating and Prosecuting Migrant Smuggling.

The EGM was conducted at UNODC's Headquarters in Vienna. The meeting was made possible through funding received from the European Union. 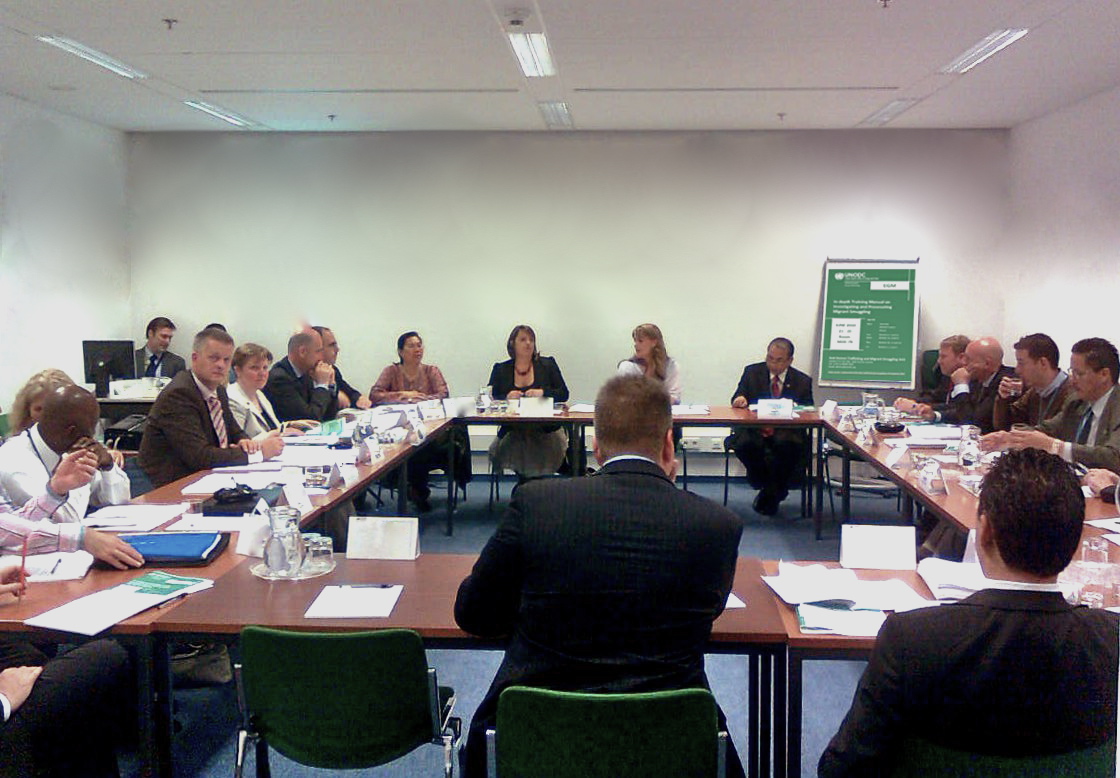 There has been an increasing challenge globally to prevent and combat the smuggling of migrants. There are complexities to investigating and prosecuting this offence, but with effective international cooperation, State Parties will be better equipped to combat this crime. With that goal in mind UNODC hosted an EGM to develop an In-Depth Training Manual on Investigating and Prosecuting Migrant Smuggling.

The Vienna EGM was the first in a series of expert group meetings that will be hosted by UNODC in the process of developing the manual. The aim of this meeting was to further explore the fundamentals to combating migrant smuggling covered in the Basic Training Manual on Investigating and Prosecuting Migrant Smuggling, which was finalized and officially launched by UNODC in May 2010.

The EGM primarily focused on further elaborating and reviewing the first draft of the In-depth Training Manual.  Overall, the EGM participants provided input and shared best practices from various systems and brought to the discussion diverse regionally specific perspectives. The breadth of experience and expertise at the meeting, allowed for a substantial discussion that was both pragmatic and comprehensive in content.

The discussion focused on the following points:

As for the Basic Training Manual, this In-Depth Training Manual will be created in such a way that the modules can be replicated and adapted to needs of different regions and countries and will serve as a basis for upgrading or supplementing training programs of national training institutes.

The main outcome of the technical sessions is the input, suggestions, addition of case studies and country specific best-practices shared by the experts that will be incorporated into the draft manual. A consolidated draft manual will be further discussed by senior experts during another EGM to be held during the second half of 2010.