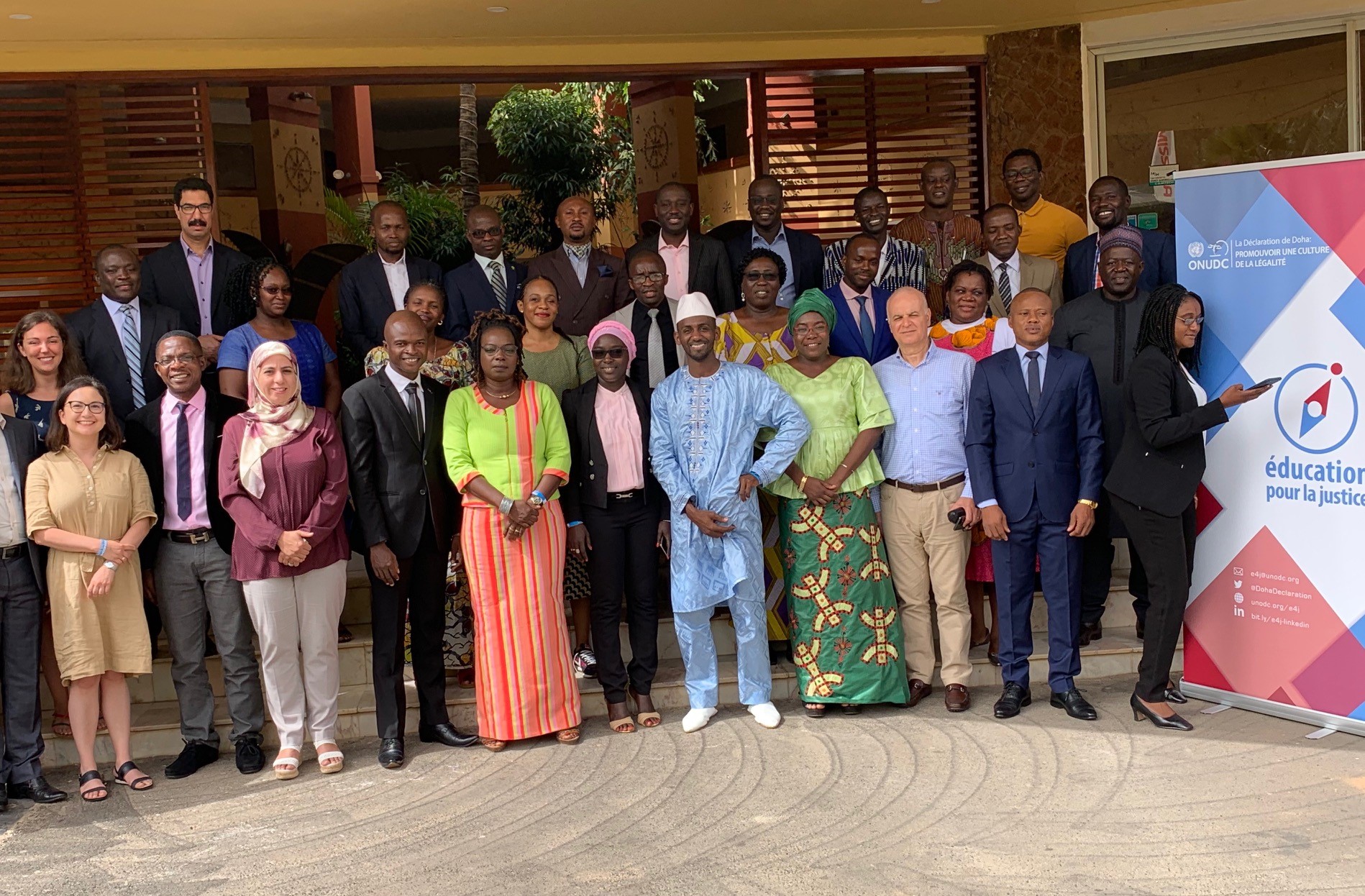 Saly, 11-12 June 2019 - "Education has a critical role to play in promoting sustainable development by contributing to prevention of trafficking in persons and migrant smuggling and training future generations", in the words of Mr. Mody Ndiaye, Technical Adviser and Permanent Secretary of the Cellule nationale de lutte contre la traite des êtres humains du Sénégal and Professor at the University of Saint-Louis, who opened this first workshop on human trafficking and migrant smuggling for university professors from French-speaking Africa. The expert workshop organized by HTMSS with the support of ROSEN in Senegal as part of the Education for Justice Initiative (E4J) for 29 university professors from 16 French-speaking African countries on university modules designed to teach students about human trafficking and migrant smuggling. 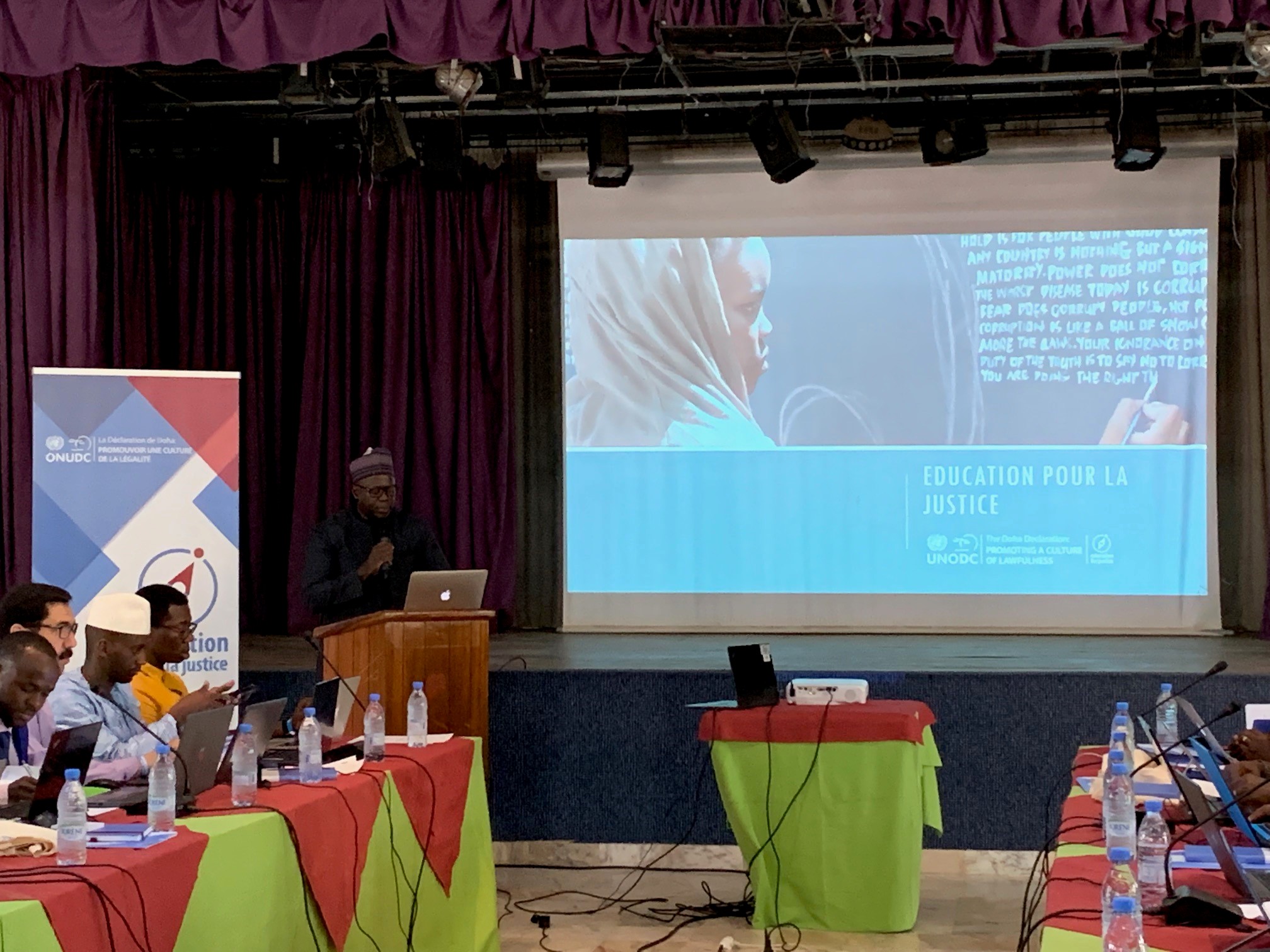 The E4J initiative is part of UNODC Global Programme for the Implementation of the Doha Declaration, adopted at the 13th United Nations Congress on Crime Prevention and Criminal Justice in 2015. It seeks to prevent crime and promote a culture of lawfulness through education activities designed for primary, secondary and tertiary levels, in order to support professors to teach the next generation to better understand and address problems that can undermine the rule of law.

As part of the initiative, UNODC developed fourteen (14) university modules on trafficking in persons and the smuggling of migrants to support professors from all over the world to teach on these two important topics. During this expert meeting, participants engaged in constructive discussions on how to adapt these modules to  the contexts of French-speaking African countries by enriching them with national and regional legislation, case-law, practices and literature. A dedicated module reflecting the results of the workshop will become available on the dedicated E4J website.