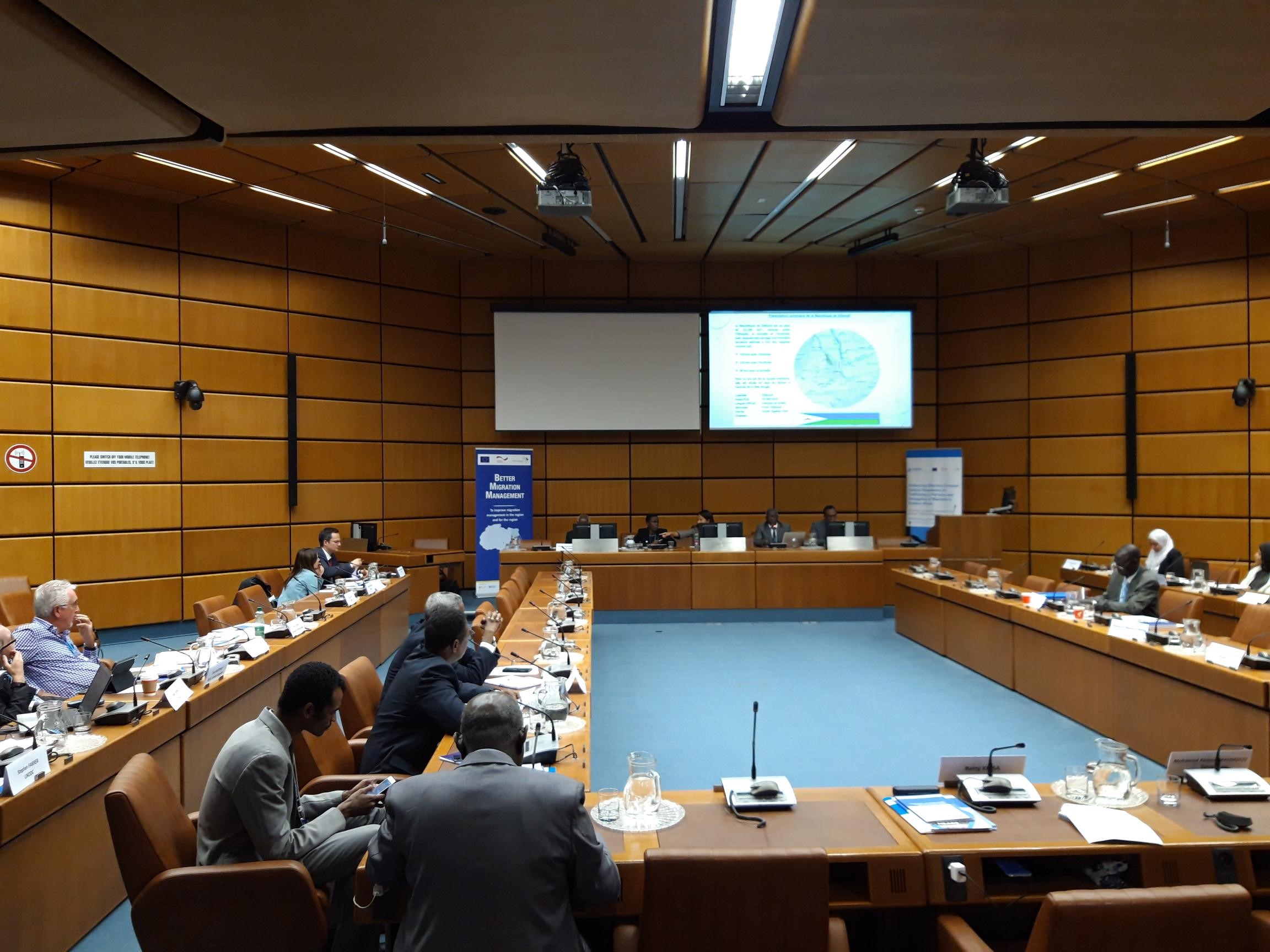 Across the globe, millions of people are smuggled and trafficked for profit. Organized criminal groups engage in dangerous and risky migrant smuggling ventures or use people's aspirations for a better life to lure them into sexual exploitation, forced labour or other exploitative practices. This is certainly also the case in Eastern Africa, more so the Horn of Africa. Even though money and the illicit profits are at the core of any migrant smuggling and human trafficking operation, financial investigations and financial intelligence are not often used to identify, investigate or disrupt cases of human trafficking and migrant smuggling. Effective financial investigations and financial intelligence analysis can greatly support the efforts of law enforcement and prosecution agencies: It allows criminal justice entities to identify and better understand the structure, modus operandi and involvement of organized crime syndicates and individuals by following the money; and it allows for more effective prosecution and disruption of these crimes, through the use of financial evidence and by confiscating the proceeds of these crimes.

That is why UNODC brought together 20 law enforcement practitioners, prosecutors and representatives from Financial Intelligence Units from 8 Eastern and Northern African countries (Djibouti, Egypt, Ethiopia, Libya, Somalia, South Sudan, Sudan and Uganda) to take part in an expert group meeting on Illicit Financial Flows deriving from Trafficking in Persons and Smuggling of Migrants in Eastern Africa. The meeting, held in Vienna, from 23 - 25 October 2018, aimed at enhancing participants' understanding of the importance and benefits of conducting effective financial investigations as part of any migrant smuggling or human trafficking investigation. Government experts from European countries, as well as representatives of the private sector and academia, also attended the meeting and shared their experiences. 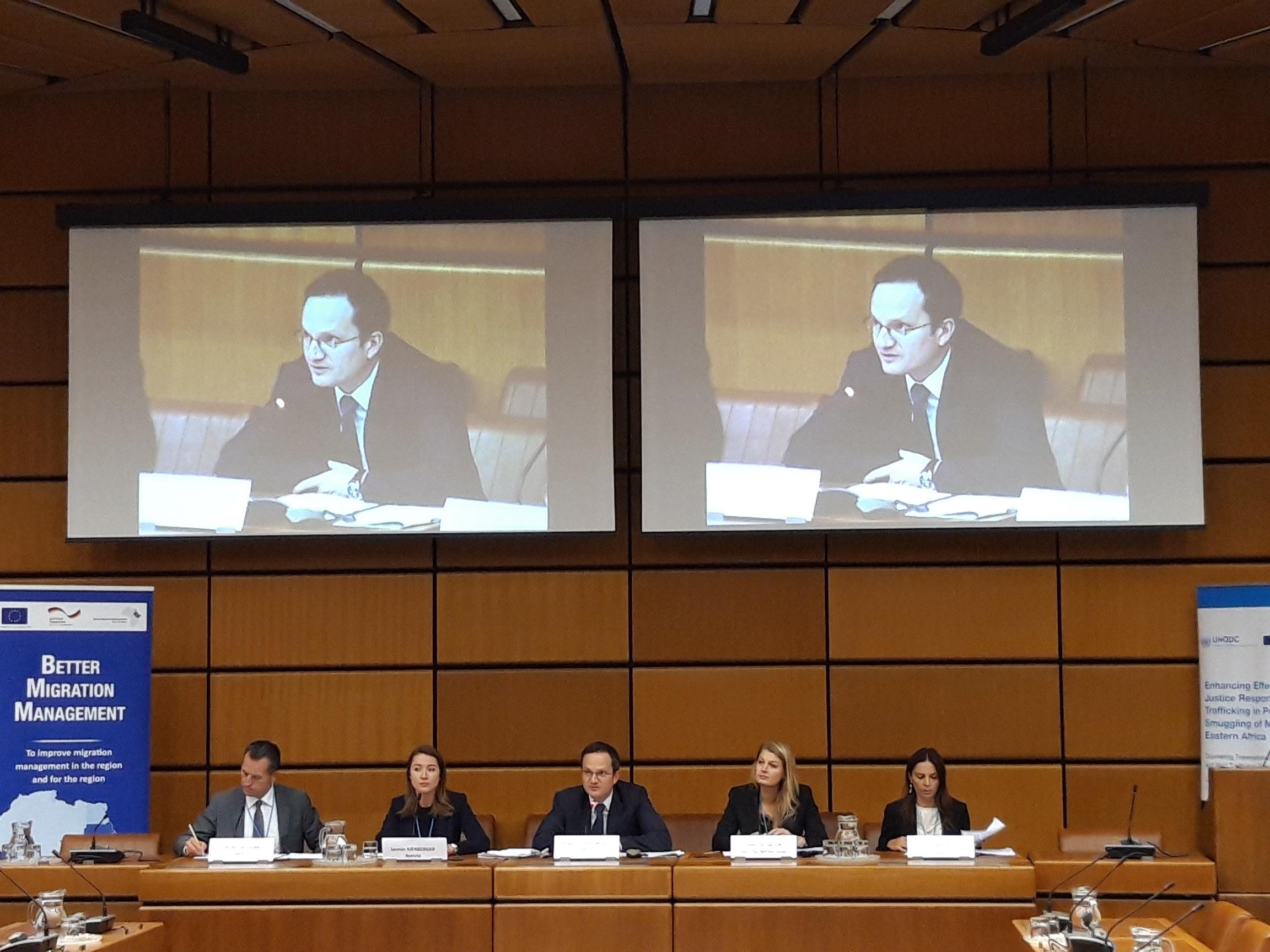 Participants and experts exchanged views and shared approaches on investigating and prosecuting migrant smuggling and human trafficking using financial evidence in relation to concrete cases which illustrated the importance, but also the challenges, of both "following the money" as well as disrupting the business model of smugglers and traffickers. In this regard, the clear need to improve international cooperation, implement effective partnerships and reinforce coordinated, multi-stakeholder efforts were also stressed. During the last day of the meeting, participants discussed a way forward and proposed concrete, actionable recommendation to strengthen the capabilities of their countries in tracing, freezing, seizing and confiscating proceeds of trafficking in persons and smuggling of migrants.

Organized within the framework of the Better Migration Management (BMM) Programme, funded by the European Union and German Federal Ministry of Economic Cooperation and Development, the meeting developed concrete recommendations to effectively carry out financial investigations in any human trafficking and migrant smuggling case. These recommendations will subsequently be implemented by UNODC as part of regional and national BMM programme activities and will focus especially on providing mentoring, training and other capacity building assistance to specialised law enforcement and Financial Intelligence Units in Djibouti, Eritrea, Ethiopia, Kenya, Somalia and Uganda aimed at the effective use of financial investigations and financial intelligence analysis in human trafficking and migrant smuggling cases.