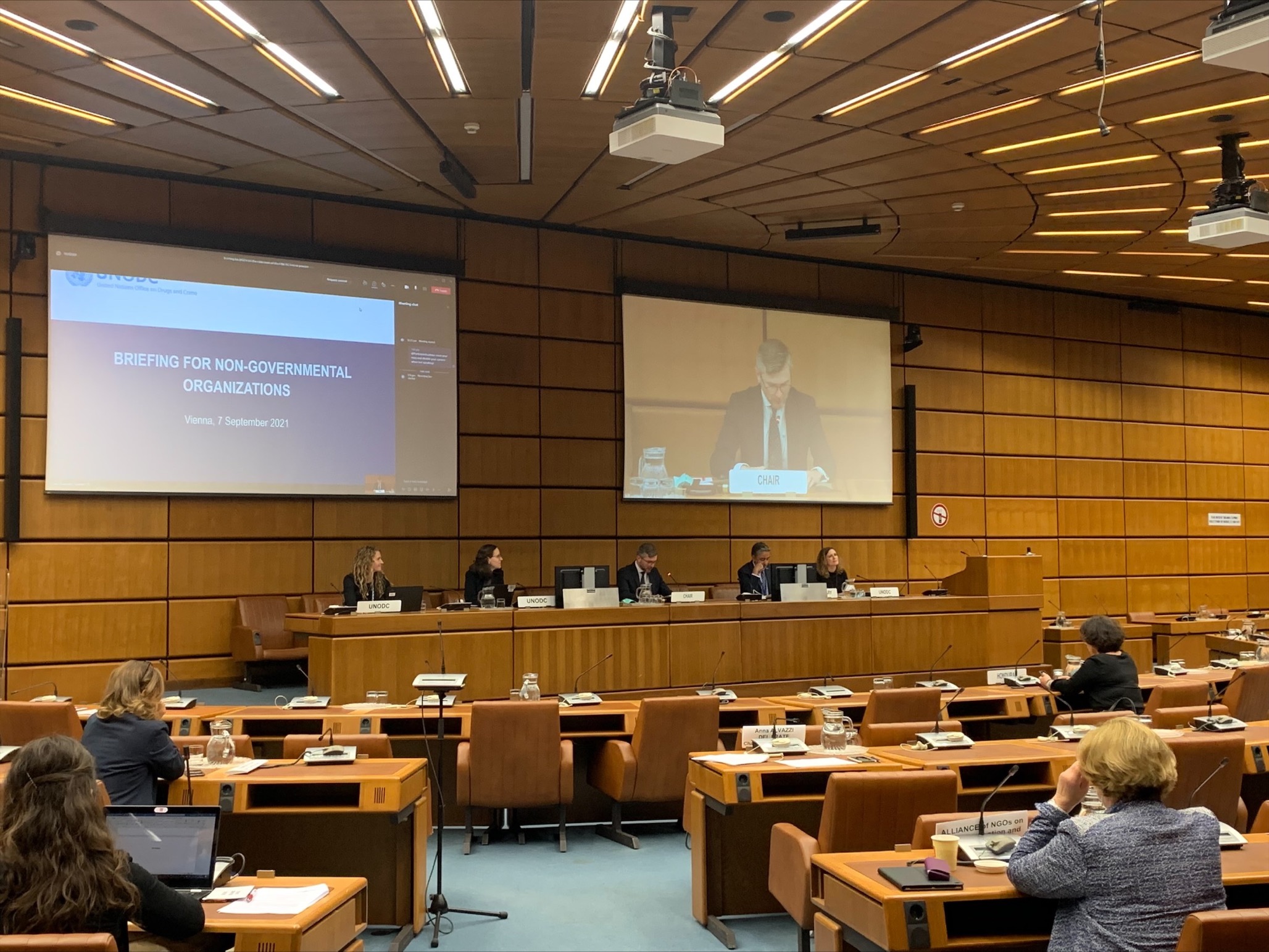 Vienna (Austria), 7 September 2021 – The yearly NGO briefing took place on the margins of the 12th reconvened session of the Implementation Review Group (IRG). The event was held in a hybrid format with around 70 participants altogether following online and in person.

The briefing, organized by the Secretariat of Conference of the States Parties (CoSP) to the UN Convention against Corruption (UNCAC), in collaboration with the UNCAC Coalition, serves as one of the main forums where civil society can formally engage with UNODC and States Parties.

During the briefing, UNODC provided an update on the progress of the reviews of the UNCAC implementation during the first and second cycles. Notably, around 94% of States Parties under review in the second cycle involved other relevant stakeholders in their country visits.

Mathias Huter, Managing Director of the UNCAC Coalition encouraged governments to publish the full outcome reports and to publicly share information on the follow-up action undertaken after the UNCAC country reviews. Gillian Dell from Transparency International mentioned the role of the UNGASS political declaration in filling the existing implementation gaps, stressing the need to start putting in action the commitments laid out in the document.

NGOs also referred to the upcoming ninth session of COSP UNCAC that will take place in Sharm-El-Sheik, Egypt on 13-17 December 2021 as an opportunity to advance the UNGASS declaration.  The list of participating NGOs without ECOSOC consultative status is currently being formed, whilst NGOs with ECOSOC consultative status can still communicate their interest by 26 November (see here).