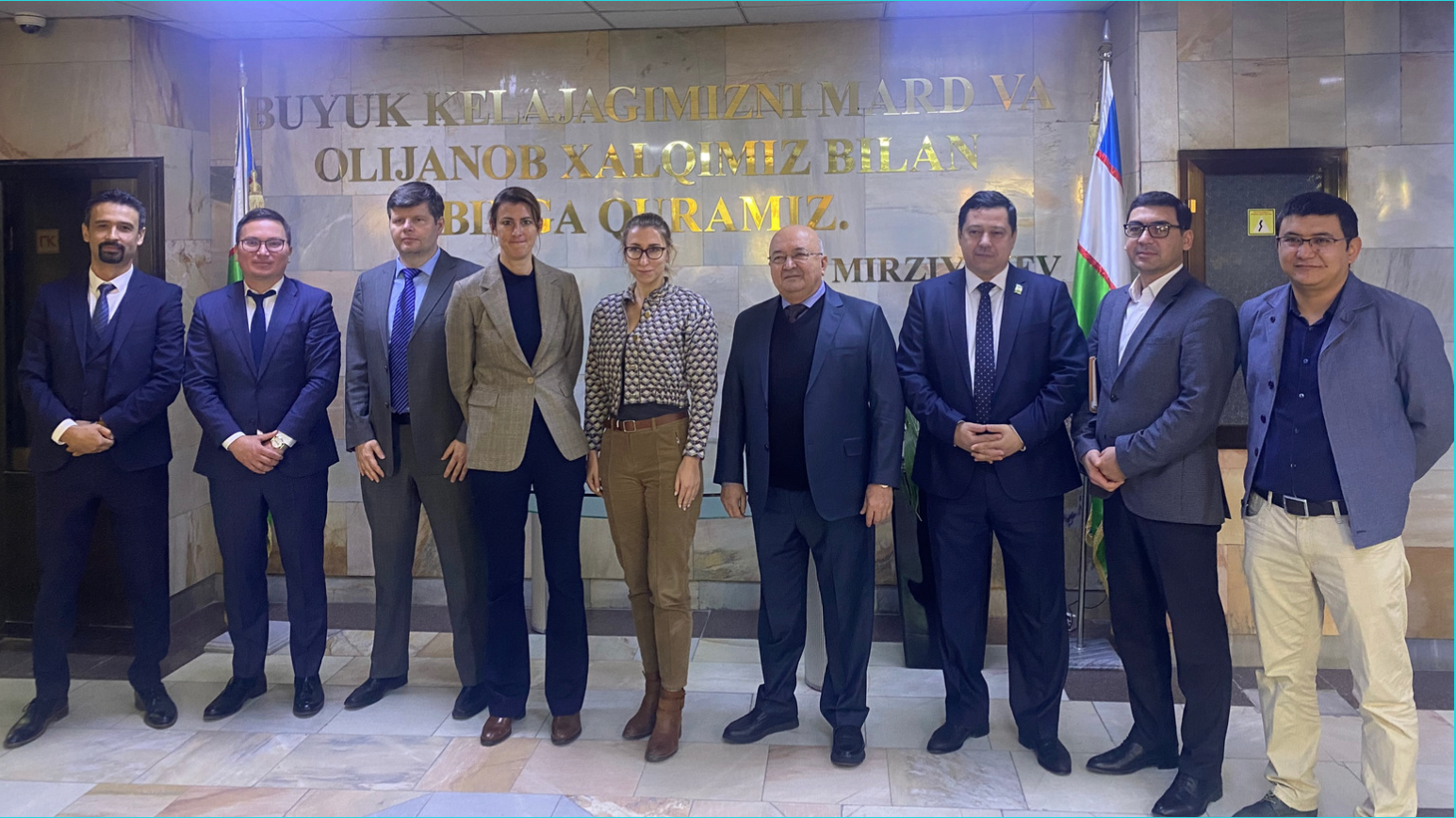 Vienna (Austria) - 26 November – The Civil Society Unit UNODC together with the European Bank for Reconstruction and Development (EBRD) met with members of the Anti-Corruption Agency and its Public Council as well as other relevant national counterparts in Tashkent (Uzbekistan) from 17 to 18 November to discuss existing and potential avenues for cooperation. The Public Council was established earlier this year as a result of a joint project on Strengthening the capacities of civil society on good governance in Central Asia. The Council, currently composed of 32 members, serves as a platform for anti-corruption dialogue, including civil society and private sector stakeholders.

In recent years, anti-corruption reforms and campaigns have gained traction in the region. To reinforce this momentum and to support national governments in their anti-corruption efforts, in 2020, UNODC and EBRD initiated a project which focuses on building the capacities of Central Asian civil society organizations as well as the private sector, so they can participate more effectively in the implementation efforts. A key guiding principle of the project is the understanding that to be effective, the implementation of the UN Convention against Corruption must involve non-state actors at grassroots, local, national, regional, and international levels. Articles 12 and 13 of the Convention urge parties to take concrete measures to involve both the private sector as well as groups and individuals outside the public sector in the global fight against corruption.

Furthermore, anti-corruption measures are most effective when they are grounded on thorough research and analysis. To encourage such activities in the region, the project supported four research-based initiatives led by local civil society organizations and the establishment of the Civil Society Anti-Corruption Alliance that is a forum for dialogue and exchange of research and data, hosted under the Academy of the Prosecutor’s General’s Office. During the visit, a CSO roundtable was held to present the results of the initiatives. For example, the Humanitarian Legal Centre, reached out to 225 individuals through a survey, which found that in the housing and utilities sector the most evident corruption schemes are charging for a service that is not provided, double charging for the same service, unjustified overstatement of tariffs and significantly, corruption occurring when the living facility is exposed to external control checks. Present CSOs agreed that there is a continuous need to address gaps in anti-corruption legislation and enforcement.

To this end, the United Nations Office on Drugs and Crime and the European Bank for Reconstruction and Development will continue to support the work of stakeholders in the Central Asia region.

The upcoming ninth session of the Conference of the States Parties to UNCAC will serve as the next opportunity to bring the voices from the region to the international fora. On this occasion, the project partners will hold a special event titled “Strengthening civil society’s role in anti-corruption in Uzbekistan” to showcase achievements in combined efforts, not least civil society’s voices through the Public Council and discuss ways forward.