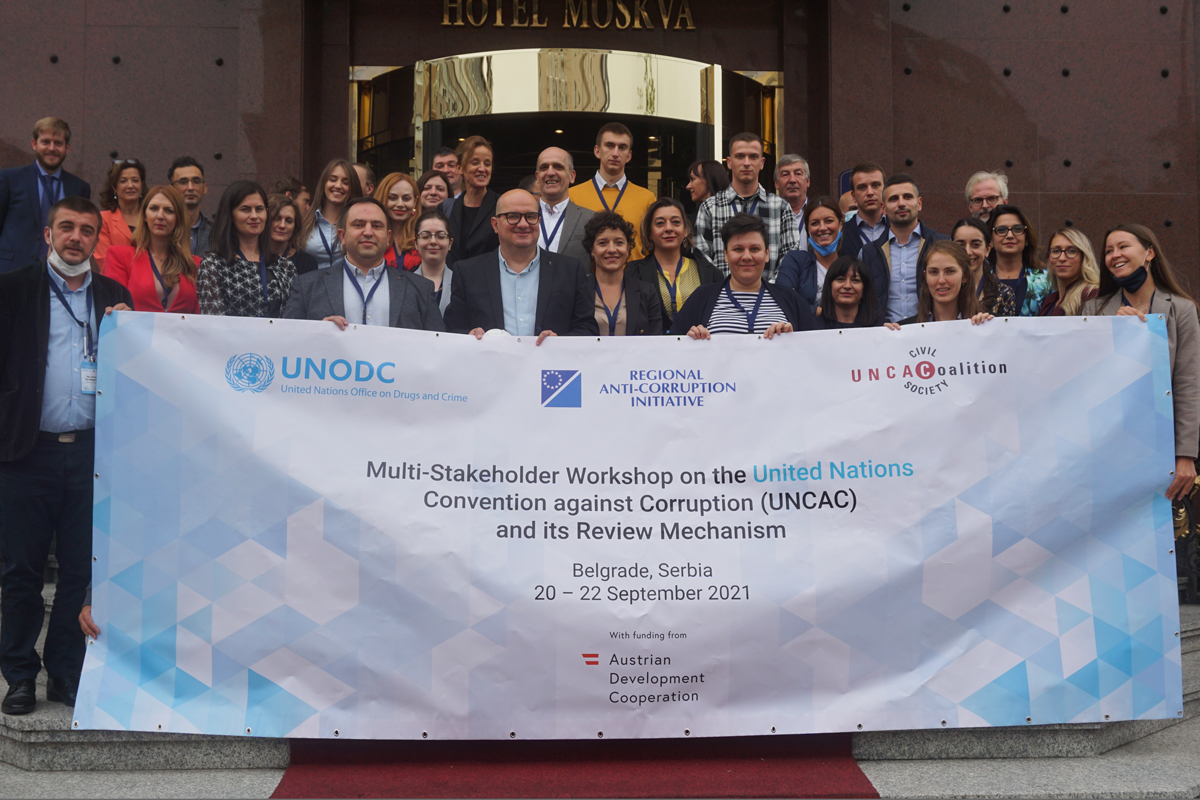 To answer the calls for strengthening resilience of societies to corruption, UNODC in partnership with the RAI - Regional Anti-Corruption Initiative organized the first in-person workshop on anti-corruption since the start of the COVID-19 pandemic. Opening today, in Belgrade (Serbia), it brings together 28 civil society, private sector and government representatives from the Western Balkans and Moldova, as well as experts from the UNCAC Coalition and the Regional Anti-Corruption Initiative.

Katarina Nikolic from the Ministry of Justice Serbia was pleased that the workshop is held in Belgrade for the second time. She highlighted the need for cooperation and raising public awareness that builds a culture where laws are upheld. ‘We stand strong against corruption and together we can defeat it’ - stressed Nikolic.

His excellency Ambassador of Austria to Serbia, Nikolaus Lutterotti addressed the audience: ‘we are fighting the COVID-19 pandemic, but corruption is another pandemic’ - noting the ongoing corrosive effects of corruption to societies. He further added – ‘we need to ensure that corruption does not go unpunished. But we also know Prevention is better than the cure. Training and education are fundamental parts of prevention that’s why the Austrian government, in particular, supports such trainings.’