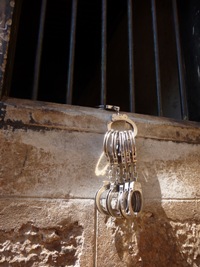 Generally it is preferable that prisoners are imprisoned or otherwise deprived of liberty in their own countries, where they have access to visits from their families and where their rehabilitation, re-socialization and reintegration is aided by familiarity with the local community and culture. However, where prisoners are inappropriately deported or otherwise removed to serve their sentences in their home countries, the result may be that they avoid punishment completely and simply resume their criminal activities. Alternatively, where prison conditions in the prisoner's home country are substandard, his or her imprisonment or deprivation of liberty may amount to violation of his or her fundamental human rights. States are forbidden from transferring persons in such situations.

Additionally, there are key law enforcement considerations involved in decisions to transfer sentenced persons. Where no transfer programme is in place, the receiving State may have no control over the process and its outcome, hailing the need for effective cooperation.  Further, where receiving States assume responsibility for their nationals, the sending state can allocate more resources into strengthening its own prison system to better accommodate and rehabilitate its own prisoners.

Framework for Transfer of Sentenced Persons

Transfer regimes are based on bilateral or multilateral agreements that offer a framework for transferring prisoners.

In 1985, the Seventh UN Congress on the Prevention of Crime and the Treatment of offenders adopted the UN Model Agreement on the Transfer of Foreign Prisoners and Recommendations on the treatment of foreign prisoners (see page 30). This agreement provides a model not only for bilateral agreements but also for multilateral agreements that all UN Member States can adapt to their specific legal systems.

Several international instruments are also relevant to the international transfer of sentenced persons, including those referring to rehabilitation and human rights of prisoners. Among them is the United Nations Transnational Organized Crime Convention, which states, in Article 17, that :

"States Parties may consider entering into bilateral or multilateral agreements or arrangements on the transfer to their territory of persons sentenced to imprisonment or other forms of deprivation of liberty for offences covered by this Convention, in order that they may complete their sentences there."

UNODC is active in supporting States to cooperate in the transfer of sentenced persons to ensure that they are treated fairly and so as to ensure the healthy functioning of criminal justice systems.

To support the implementation and use of transfer mechanisms, States are required to ensure that their national legislation facilitates such cooperation. UNODC can offer technical assistance to States wishing to implement new or strengthen existing transfer regimes at the level of domestic legislation, as well as at the level that regional and international agreements are reached and relied upon.

In 2012 UNODC is publishing a Handbook on the International Transfer of Sentenced Persons to explain how transferring sentenced persons to serve their sentences in their home countries can contribute both to their fair treatment and effective rehabilitation.