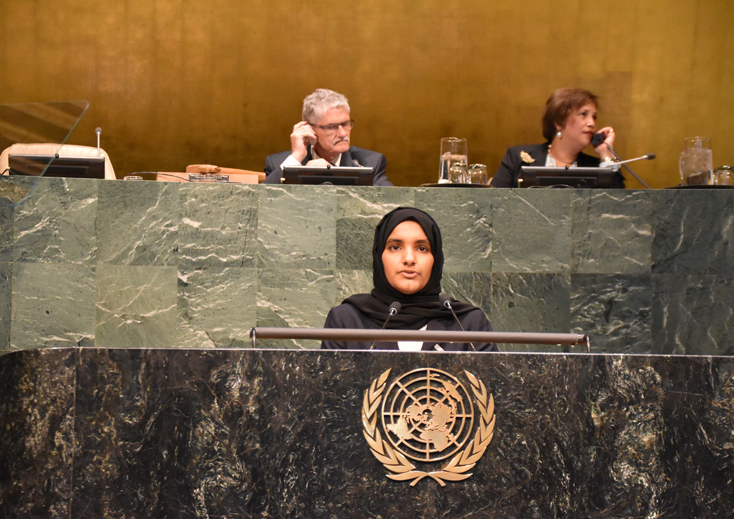 In April 2016, the United Nations General Assembly held a special session ''United Nations General Assembly Special Session on Drugs'' (UNGASS) to review the world drug problem and develop a plan for action to address it at the highest political level. As a response to the recommendation of the UN Member States, Youth became an important partner in this process. It was a great signal for the interest of the international community to include youth perspectives in the official decision-making process, as the Member States were explicitly calling youth for participation.

In this context, the 2016 Youth Forum contributed to the UN General Assembly Special Session on Drugs (UNGASS). The Youth Forum 2016 hosted over 40 youth from 27 different countries. One of them, Ms. Hamda ALSABBAGH from Dubai (United Arab Emirates), was selected to travel to UNGASS to bring the youth perspective and messages to the global policymakers. She addressed the delegates in the plenary session by reading the joint statement collectively developed during the Youth Forum to the delegations in attendance.

Young people are the new generation and our most valuable asset for the future and it is more crucial than ever to bring the voice of youth to the decision-makers at all levels that will be taking important decisions regarding their lives and future.

This was a significant event for youth to be heard by global policymakers at the General Assembly Special Session and those young people had a platform to speak out and be part of the international conversation around drug control policies.