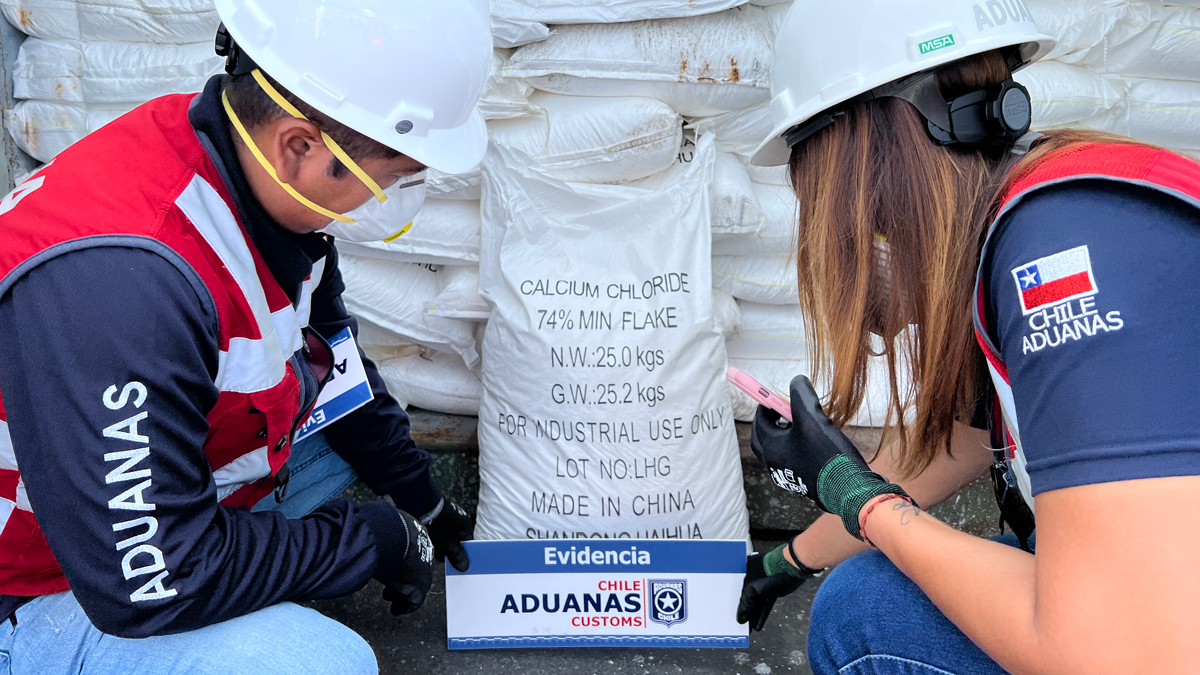 November 2022 concluded with the largest seizure of chemical precursors by a CCP unit since the programme’s inception in 2005. As a result of coordinated work between Bolivia and Chile, 690 tonnes of chemical substances intended for cocaine production were seized.

The sheer scale of the seizure is vast. It constituted approximately 80 per cent of the total CCP chemical precursor seizures for the entire year (over 830 tonnes), and swiftly follows record-breaking cocaine seizures of over 260 tonnes in late 2022.

“The magnitude of this seizure demonstrates the need to continue oversight of the trade supply chain and shows outstanding cooperation between our Member States through a UNODC border management programme,” said Alan Cole, UNODC’s border management chief.

The products were initially imported in 2020 into Chile’s port terminal of Arica, destined for Bolivia. They were stored in 41 abandoned containers and included three precursors: ethyl acetate, a solvent to dissolve cocaine base; sodium hydroxide, which neutralizes essential chemicals within the process to obtain the cocaine base; and sodium metabisulfite, which removes excess chemical substances for whiter cocaine. They also contained calcium chloride, which although not considered a precursor is used to extract excess water content from cocaine hydrochloride to increase its potentiality.

The trafficking of these precursors can intersect with legal commerce. Substances with legitimate uses can also be used to produce drugs or explosives. CCP specialized training helps customs and law enforcement officials to navigate this particularly complex area.

This case also brings abandoned containers into the spotlight. Cargo can be abandoned for several reasons – for example, because a container investigated by customs contains illegal goods that the consignee refuses to clear.

The cost of these abandoned containers extends far beyond unpaid storage fees. Containers sitting in ports out of circulation contribute to a global container shortage, leading to drastic inflation in shipping and container prices, and increasing delay times for companies – ultimately affecting the global supply chain.

Abandoned containers can also pose a far-reaching danger to human health and the environment. In 2016, for example, port control officers found highly corrosive acetic anhydride, a heroin precursor, in abandoned cargo. Officers are at risk of exposure to such chemicals, especially if packaging is damaged over time.

Further, the 2020 Port of Beirut explosion demonstrates the large-scale danger of abandoned chemical cargo - in this case, ammonium nitrate. CCP port control officers have previously detected ammonium nitrate in containers without import licences. Therefore, the possibility is evident that this devastating situation could be repeated in other areas. It is vital for port control agencies to keep track of the movement of containers, especially abandoned ones.

This 2022 seizure is a tangible example of the success of CCP field-based technical assistance and how inter-agency cooperation helps to deter the illicit trafficking of substances that can have detrimental impacts upon populations, economies and the environment.

You can read here the Chile Customs press release (in Spanish).