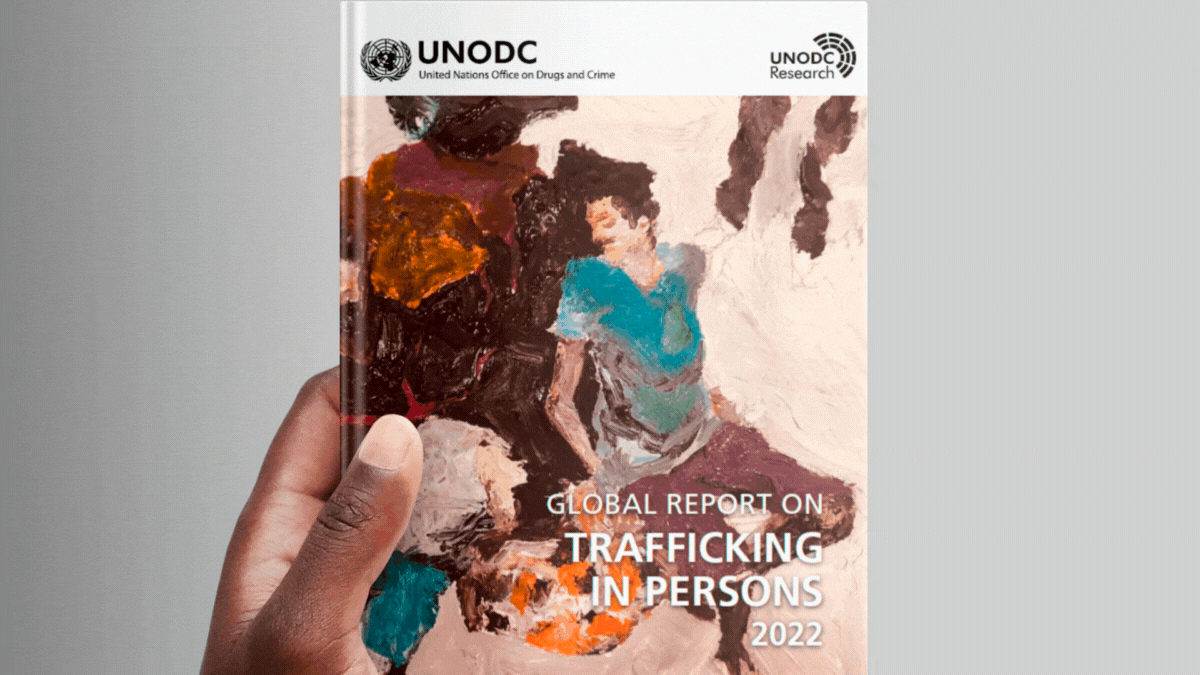 Vienna (Austria), 24 January 2023 – Fewer victims of trafficking in persons are being identified even as the COVID-19 pandemic and other crises are increasing vulnerabilities to exploitation, according to the latest Global Report on Trafficking in Persons launched today by the United Nations Office on Drugs and Crime (UNODC).

The number of victims detected globally fell by 11 per cent in 2020 from the previous year, driven by fewer detections in low- and medium-income countries. The pandemic, in addition to reducing opportunities for traffickers to operate, may have weakened law enforcement capacities to detect victims.

“This latest report shows how the pandemic has increased vulnerabilities to trafficking in persons, further undercutting capacities to rescue victims and bring criminals to justice,” said UNODC Executive Director Ghada Waly. “We cannot allow crises to compound exploitation. The UN and the donor community need to support national authorities, most of all in developing countries, to respond to trafficking threats, and to identify and protect victims especially in states of emergency.”

The seventh UNODC Global Report on Trafficking in Persons covers 141 countries and provides an overview of patterns and flows of trafficking in persons at global, regional and national levels, based on trafficking cases detected between 2017 and 2021. The findings are further informed by analysis of 800 court case summaries and accompanied by detailed suggestions to policy makers to help formulate effective responses.

Fewer cases of trafficking for sexual exploitation were detected during the pandemic as public spaces were closed and related restrictions may have pushed this form of trafficking into more concealed and less safe locations, making it harder to identify victims.

Globally, the number of convictions for trafficking offences also fell by 27 per cent in 2020 from the previous year – with sharper decreases registered in South Asia (56 per cent), Central America and the Caribbean (54 per cent) and South America (46 per cent) – accelerating a longer-term trend registered by UNODC since 2017.

Court case analysis featured in the report further shows that trafficking victims, when they are identified, escape from traffickers on their own and are in effect ‘self-rescued’ – there are more cases of victims escaping and reporting to authorities of their own initiative (41 per cent) than cases where victims were located by law enforcement (28 per cent), members of the community and civil society (11 per cent). This is especially alarming considering many victims of trafficking may not identify themselves as victims or may be too afraid of their exploiters to attempt escaping.

The report also details how war and conflict offer opportunities for traffickers to exploit. It shows that the war in Ukraine is elevating trafficking risks for the displaced population. Most victims resulting from conflicts originate in and are trafficked to countries in Africa and the Middle East.

Breaking down trafficking in persons statistics by region, the report shows higher levels of impunity in Sub-Saharan Africa and South Asia. Countries in these regions convict fewer traffickers and detect fewer victims than the rest of the world. At the same time, victims from these regions are identified in a wider range of destination countries than victims from other regions.

The 2022 Global Report on Trafficking in Persons also examines court cases showing that female victims are subject to physical or extreme violence at hands of traffickers at a rate three times higher than males, and children are subjected almost twice as often as adults.

At the same time, women investigated for trafficking in persons are also significantly more likely to be convicted than men. This suggests that the justice system may discriminate against women, and/or that the role of women in trafficking networks may increase the likelihood that they are convicted for the crime.

The UNODC Global Report on Trafficking in Persons has been published since 2009. Mandated by the UN General Assembly to inform an effective response to this crime and place it within the context of the UN Sustainable Development Agenda, the Report draws upon the largest existing dataset on trafficking in persons, with information on the more than 450,000 victims and 300,000 (suspected) offenders detected worldwide between 2003 and 2021.