The 25th meeting of the Heads of National Drug Law Enforcement Agencies (HONLEA), Latin America and the Caribbean was held in San Pedro Sula, Honduras, from 5 to 9 October 2015. The inaugural ceremony was addressed by Juan Orlando Hernández Alvarado, President of the Republic of Honduras and attended by the Ministers of Security, Foreign Affairs and Defense. Amado de Andrés, Representative, UNODC Regional Office in Panama spoke at the opening on behalf of the UNODC Executive Director.

More than 70 participants from 23 States members of HONLEA and the Organization of American States discussed the major regional traffickingtrends and effective countermeasures, international cooperation and technical assistance with special reference to border management, prevention, investigation and prosecution of micro-trafficking and its links to transnational criminal networks, as well as addressing current trends in trafficking in cocaine, and curbing access to the supply of precursor chemicals.

The meeting was very productive in discussion and provided interesting elements on the nature of the drug problem in the region from the perspective of Chiefs of anti-narcotics police and other drug control authorities. A series of recommendations were adopted that will be brought to the consideration of the Commission on Narcotic Drugs at its next session in 2016.

Delegations also discussed how they could contribute to the preparation of the 2016 Special Session of the General Assembly on the World Drug Problem, drawing on the regional experiences, with a view to ensuring the implementation of the Political Declaration and Plan of Action by 2019. 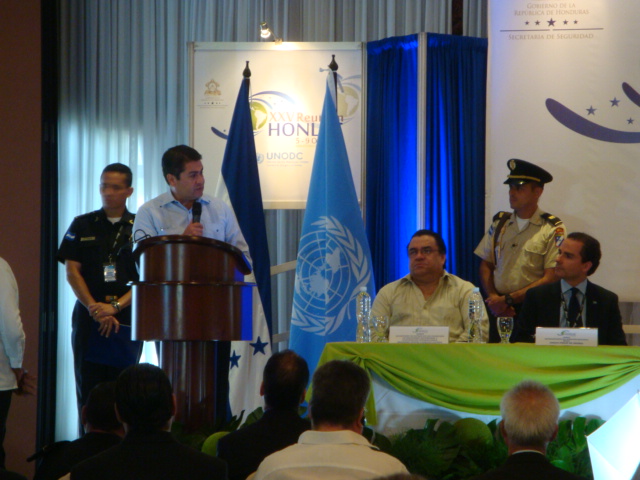