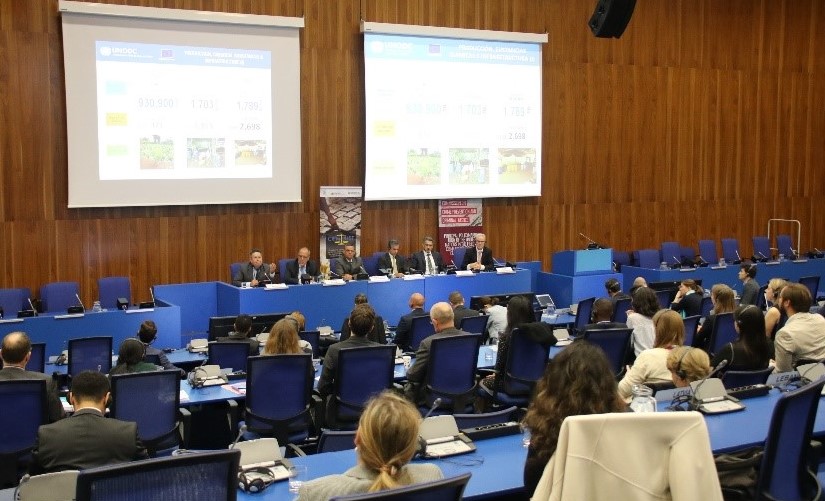 21 May - During the 28th session of the Commission on Crime Prevention and Criminal Justice (CCPCJ), the Global Programme CRIMJUST, in partnership with the Integrated Illicit Crop Monitoring System Project (SIMCI) of the UNODC Office in Colombia, hosted a side-event showcasing the value of training to strengthen capacities of judicial and operational institutions to respond to the growing challenges posed by cocaine production and trafficking. Panelists shared their experience with over 60 attendees in countering drug production as well as in identifying and dismantling illicit laboratories. Notably, they shed light on the processes behind the cocaine chain of production and offered insights on best practices and outcomes drawn from the Technical Training for Institutional Reinforcement Against Cocaine Production held in February 2019 in Colombia.

In the opening of the side event, Director of the Division of Treaty Affairs of the UNODC, John Brandolino, underscored the need to build global multidimensional responses capable of countering the multifaceted threat posed by organized crime. In this vein, Tobias Krause, Deputy Permanent Representative of the UN for the European Union (EU) Delegation, commended efforts made by CRIMJUST - an example of effective multi-stakeholder cooperation. Funded by the EU, it has repeatedly organized innovative and relevant trainings to address drug trafficking along the cocaine route. 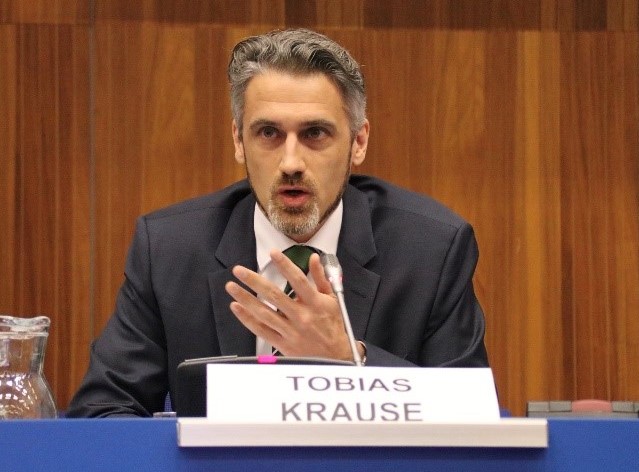 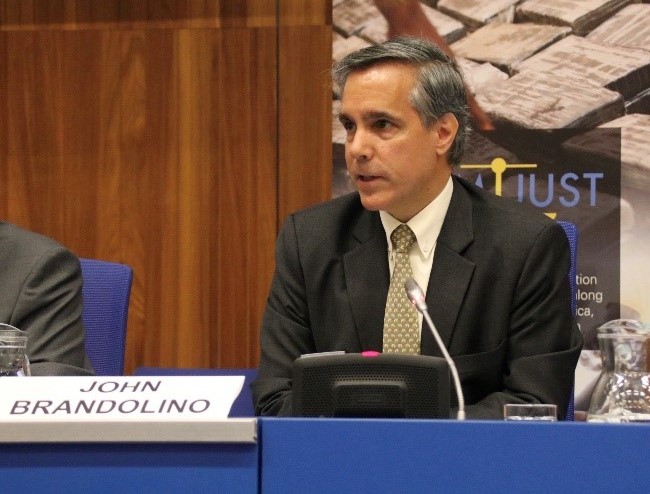 Likewise, UNODC Regional Representative, Pierre Lapaque, described the recently organized workshop in Colombia as a positive and important experience in strengthening the fight against drug trafficking as it highlighted the need to build responses which aim to dismantle the entire chain of cocaine production.

All panelists stressed the globalized nature of cocaine production and so for the necessity to foster robust transnational cooperation to fully dismantle illicit networks. General Ramirez highlighted the increasingly complex nature of drug trafficking, which continues to expand and to diversify. Not only does it involve multiple sectors, but new routes connecting Latin American, Caribbean, African, and European countries are being drawn and new means of transportation are being employed. "Today, he argued, illicit groups are becoming increasingly professionalized and adaptable".

Further, the globalization of cocaine production has been instrumental in allowing organized criminal groups to expand. As they do not rely on certain physio-geographic conditions, the processes involved in producing coca alkaloids are no longer exclusive to countries with illicit crops. Seizures in recent years show that cocaine base trafficking from Colombia has grown, suggesting the transformation of the cocaine base into cocaine hydrochloride is increasingly being exported to countries of transit and destination. According to SIMCI chemical expert Hernando Bernal, this segmentation and trans-nationalization of the stages involved in cocaine production have facilitated drug traffickers' ability to conceal their activities as well as increased organized crime groups' profits.

This globalization of the manufacturing of cocaine is challenging national law enforcement agencies' ability to neutralize a production line end-to-end. Trainings, such as the UNODC workshop in Colombia, need to be encouraged to ensure the segmented and transnational nature of cocaine production is understood and readily identifiable. They provide the much-needed knowledge to dismantle illicit cultivation and laboratories, as well as to develop pertinent multilateral solutions to fight drug trafficking in ways that pose minimal socio-political and environmental risks to local communities.

Along the side-event, a week-long exhibition was held exposing the work completed during the 2019 workshop in Colombia as well as presenting the different stages of cocaine production. Experts have been able to point out various mechanisms involves and clarify challenges facing national criminal justice authorities. 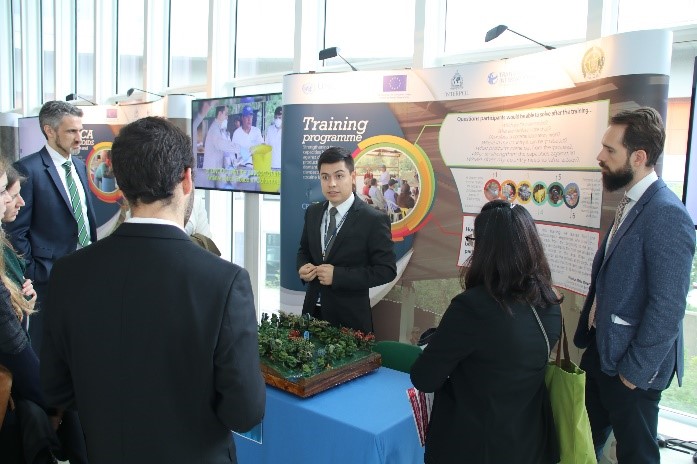 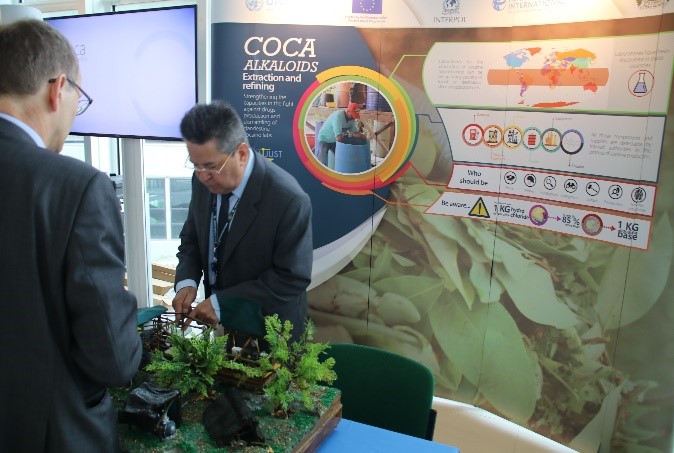 The side event allowed UNODC and the EU to highlight the ongoing technical assistance given to Institutional Reinforcement Against Cocaine Production and Trafficking along the cocaine route in Latin America, the Caribbean, and West Africa.

Under the framework of the CRIMJUST project funded by European Union Cocaine Route Programme, UNODC and its partners (INTERPOL and TI) aim to assist Member States to enhance their capacity and integrity of criminal justice institutions to detect, investigate, prosecute and adjudicate illicit cocaine trafficking cases, and to foster cooperation at the interregional level for effective action to tackle drug trafficking and related organized crime .