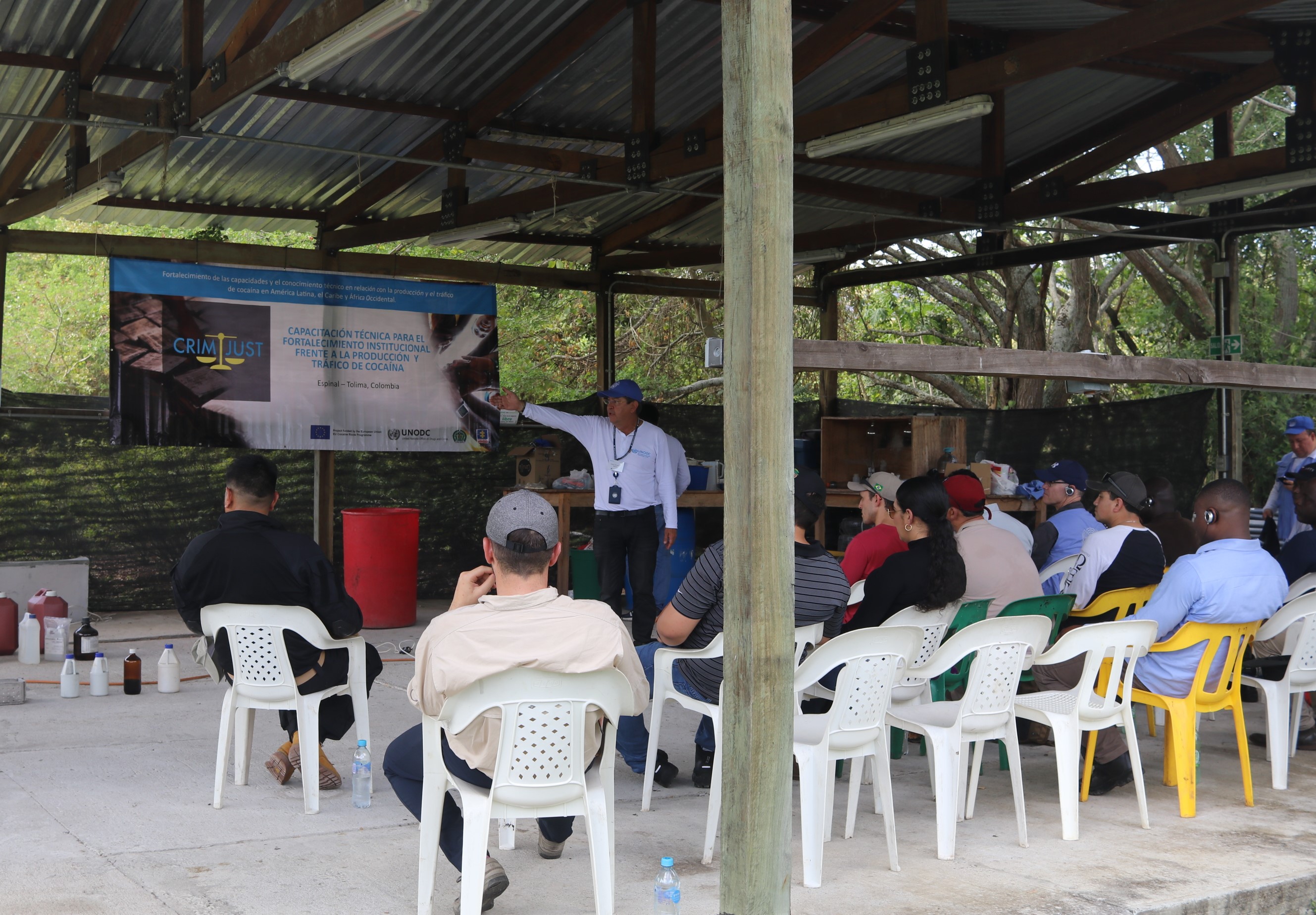 18-21 February 2019 - The recent expansion in the coca bush cultivation area in Colombia, suggests an essential need to increase understanding and knowledge of the phenomenon, as well as to promote cooperative efforts between producing, transit and consuming countries. Following up with the pilot initiative held in 2017, the II Technical Training for Institutional Reinforcement Against Cocaine Production and Trafficking was held from 18 to 21 February 2019 in Tolima, Colombia.

Jointly with the Colombian Government, in particular, with the support of the National Police, the Attorney General of the Nation, and the UNODC technical group in Colombia, UNODC delivered the training under the framework of the CRIMJUST Global Programme.

The training focused on enhancing the capacities of law enforcement officials in the specialized field and laboratory criminal techniques associated with drugs and chemical substances used to the production of cocaine. In order to foster regional and interregional cooperation between law enforcement officers, participants from Latin America, the Caribbean, and West African countries, including Argentina, Bolivia, Brazil, Ecuador, Colombia, Ghana, and Nigeria participated at the training. 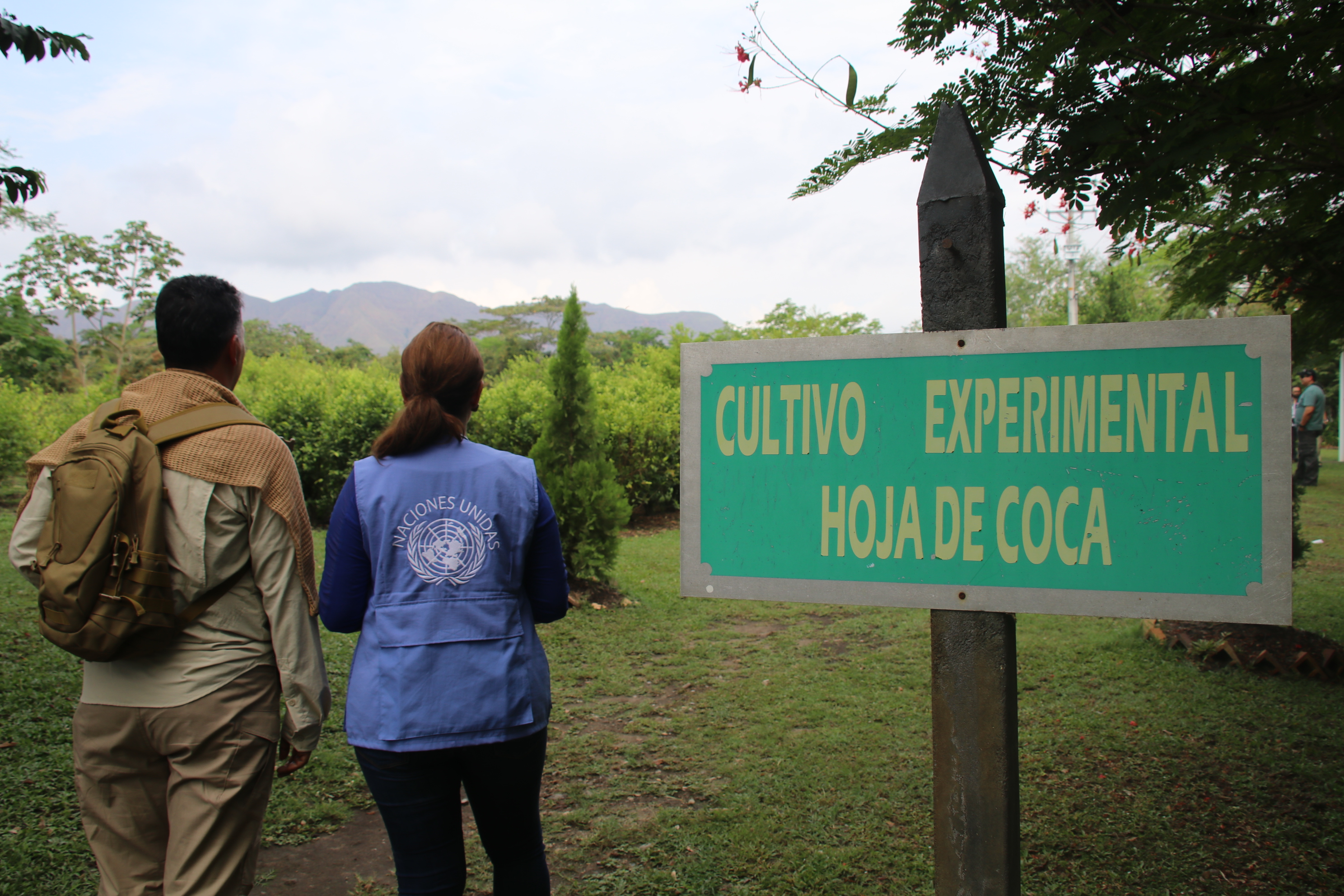 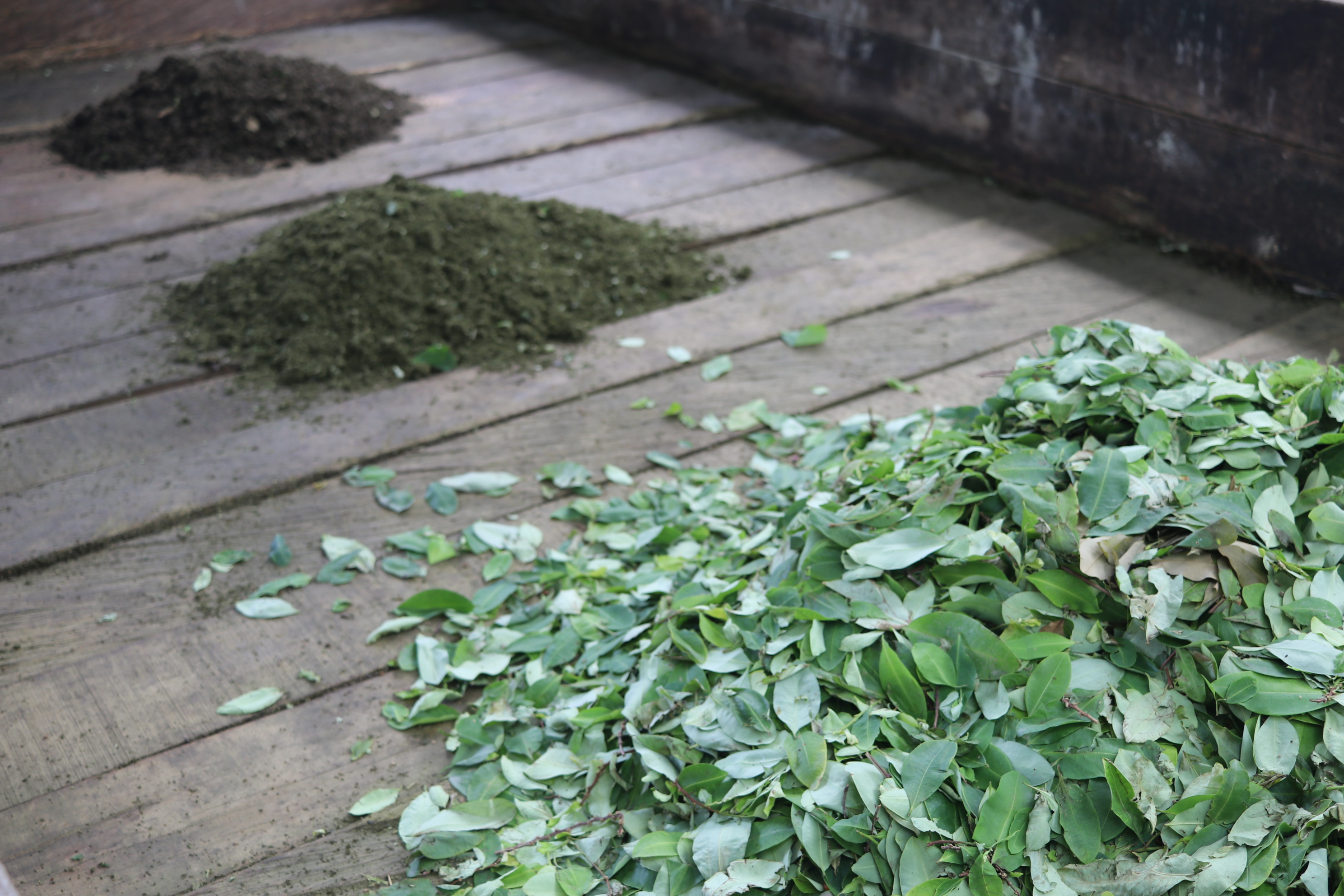 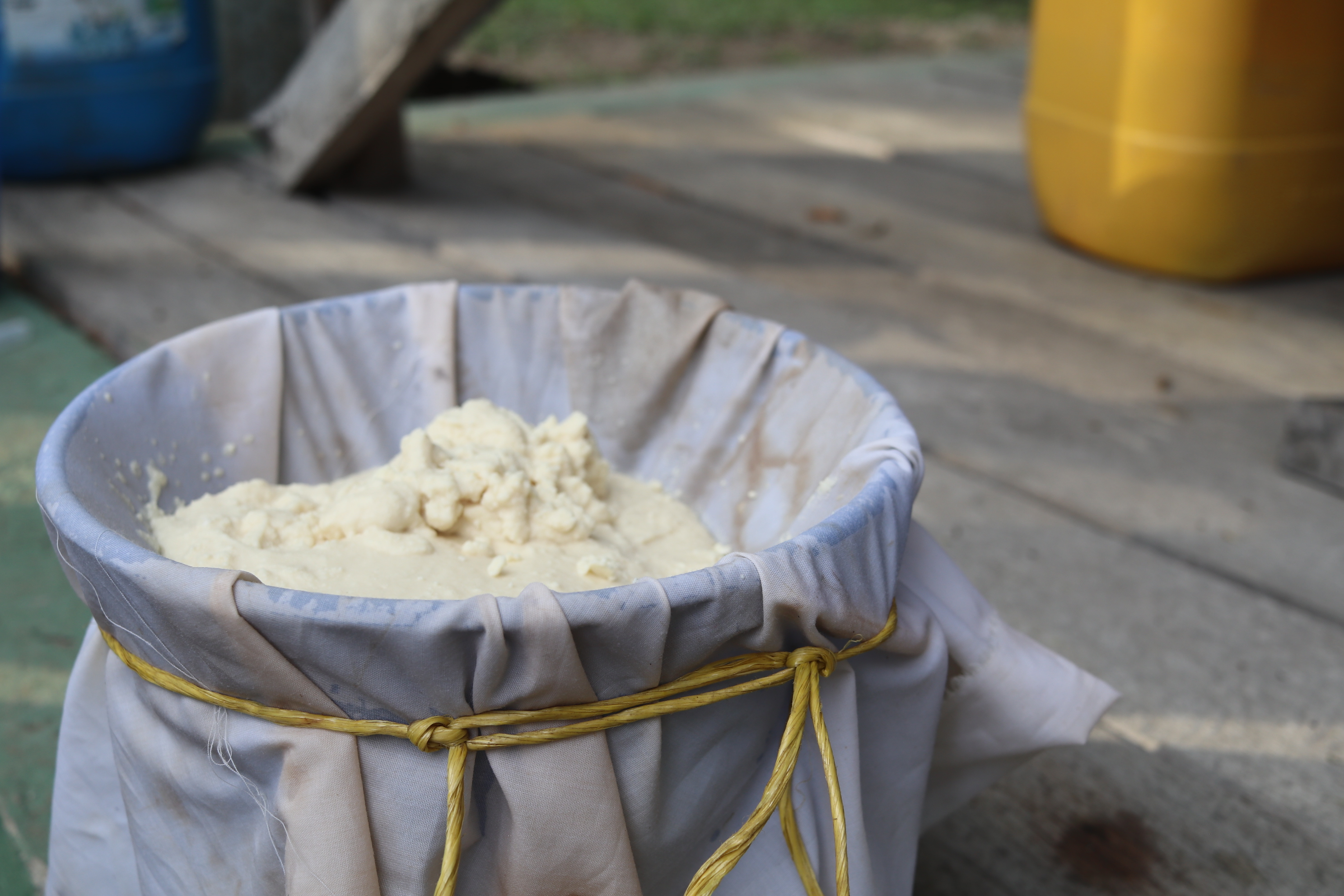 The five-day training consisted of sessions dedicated to cocaine production including, cultivation, extraction, and crystallization process, as well as, the best practices for the chain of custody and handling of chemical substances. The initial sessions provided an overview of a range of subjects, such as the monitoring of illicit crops, the study of coca cultivation and infrastructures of coca conversion. The training continued with a series of experimental practical exercises relating to coca cultivation, cocaine paste extraction and the production of cocaine hydrochloride. Participants also conducted a practical workshop on standardized preliminary identification tests, as the detection of illicit substances represents a crucial criminalistics technique.

As the workshop methodology followed an integrated hands-on approach, the agenda also included on-site-visits to an experimental laboratory for the identification of clandestine cocaine production. In this regard, participants underlined the effective structure of the training with sessions designed to apply the theory into practice with experimental and practical exercises. 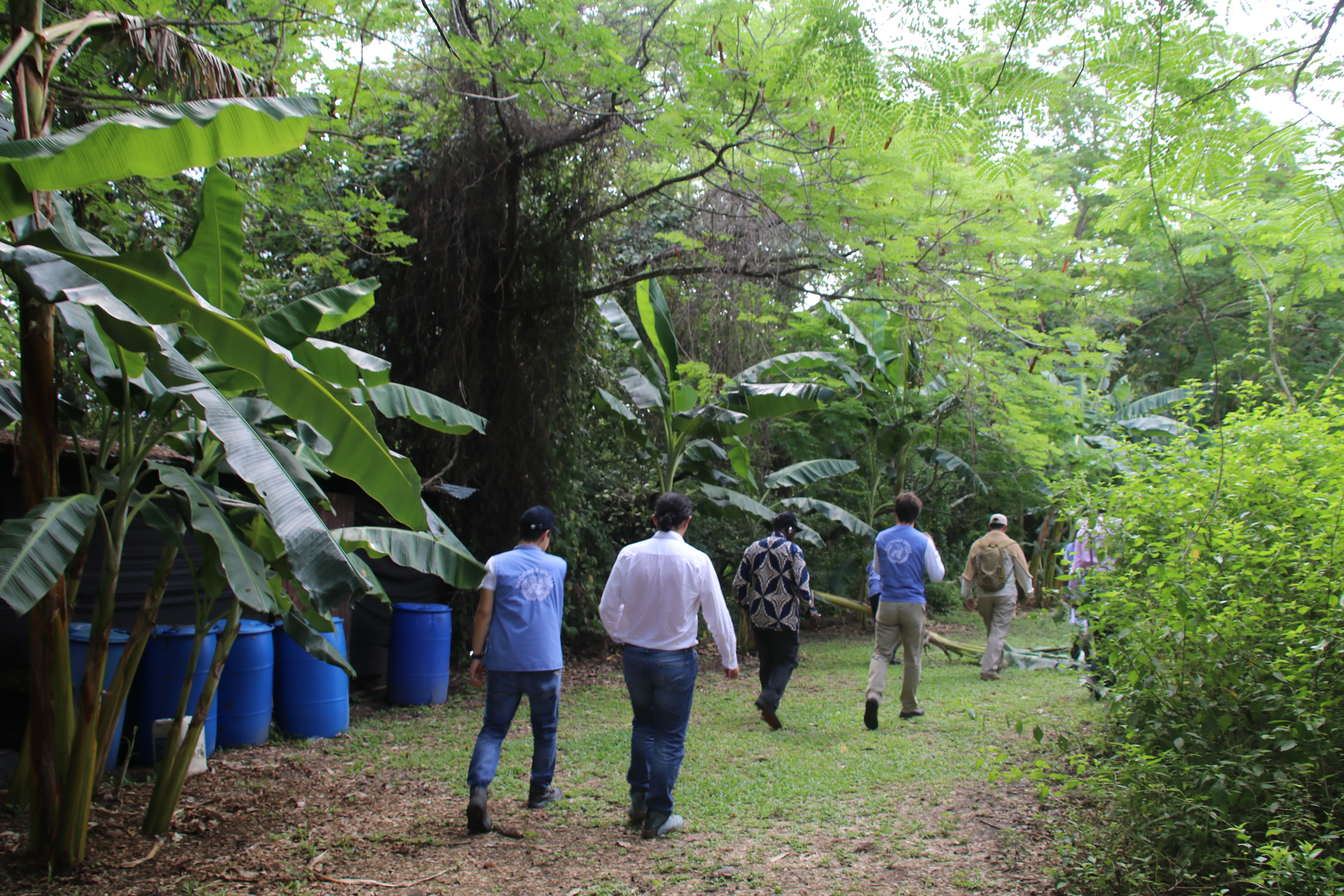 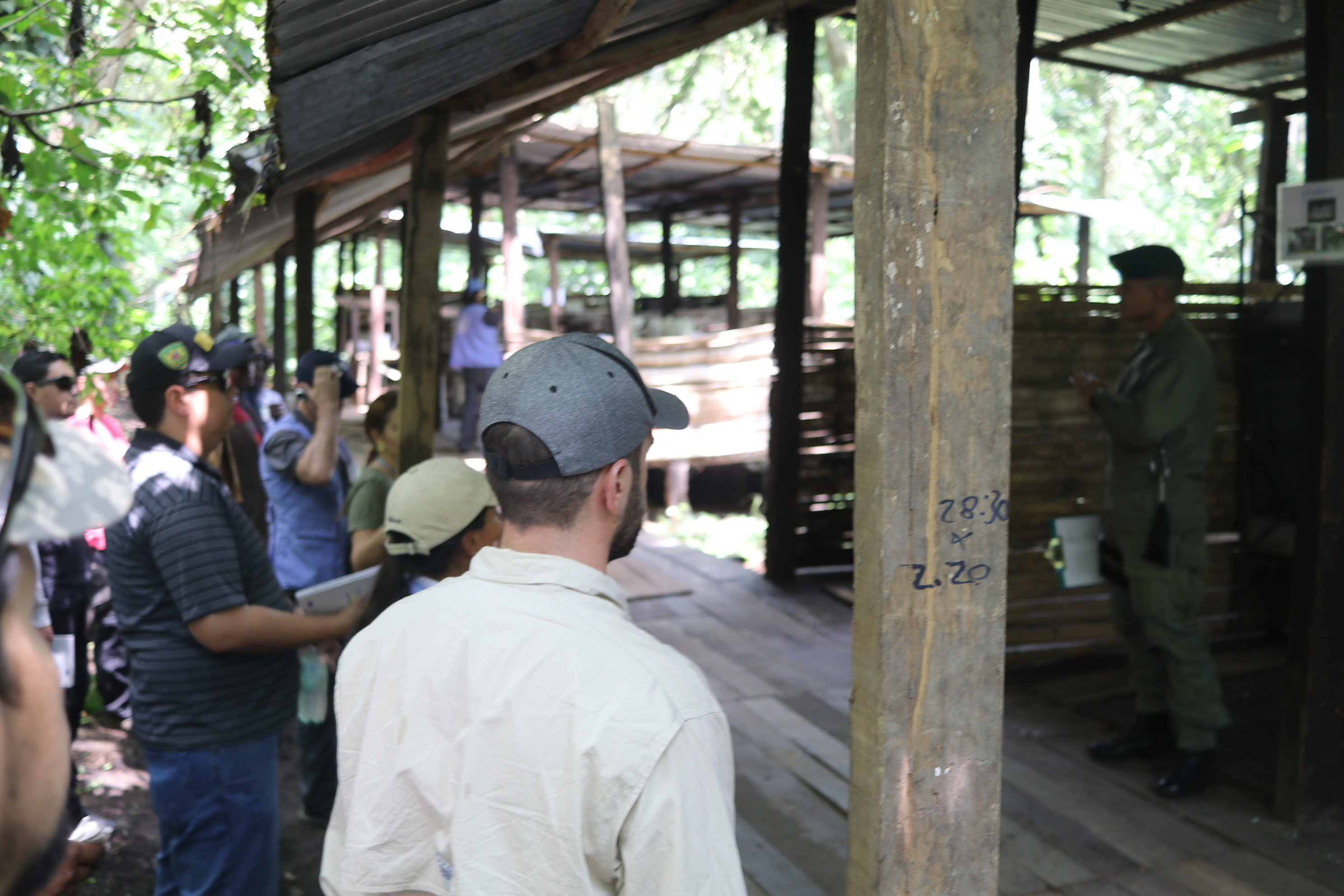 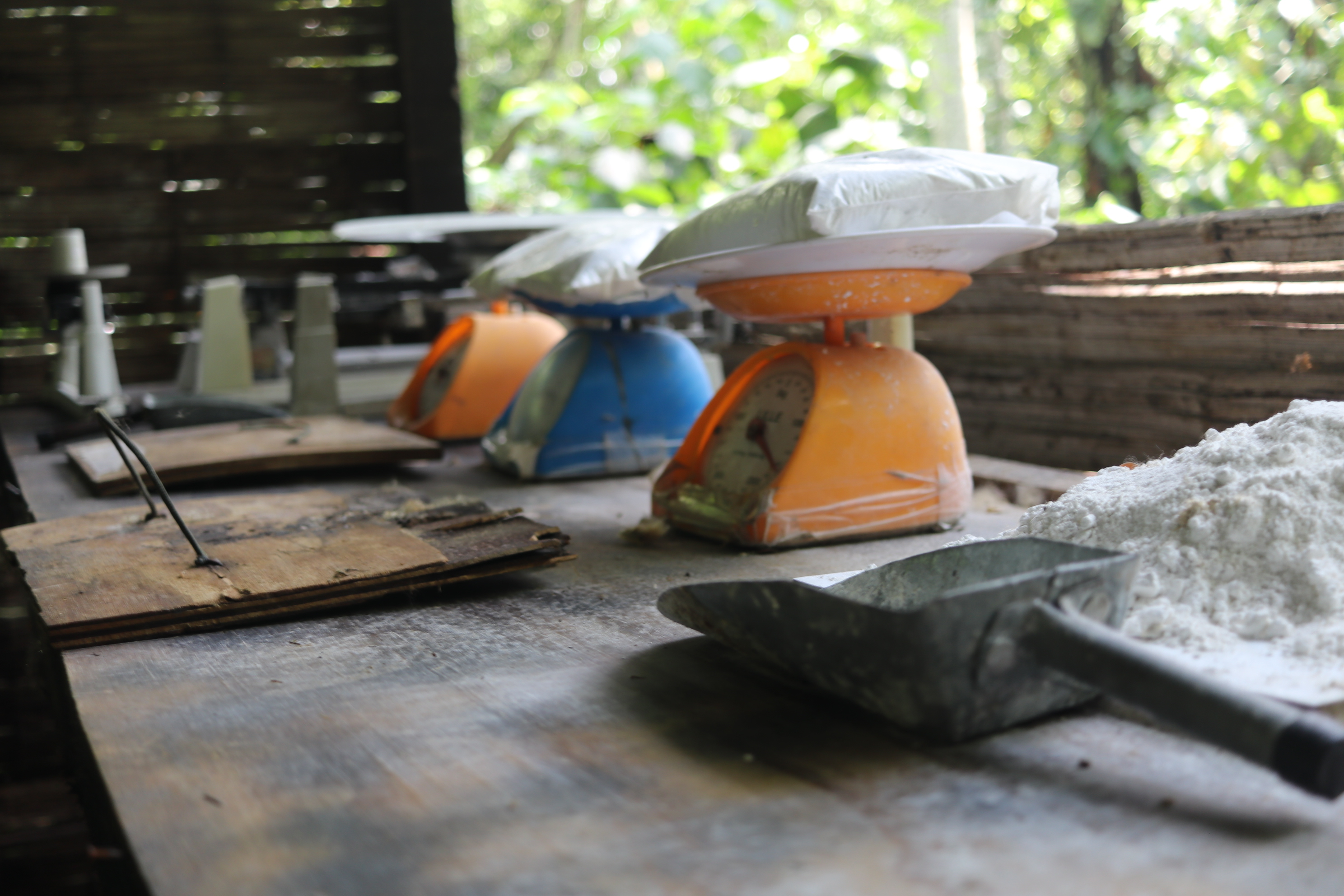 Moreover, with a recognized competence and expertise  Colombia played a crucial role in providing capacity building. Under this context, experts from Colombian National Police had the opportunity to transfer good practices, information and lessons learned from one region to another.

Overall, the dedicated sessions provided a fundamental opportunity for regional and interregional cooperation between law enforcement officers. As a result, the participants had the opportunity to gain a better understanding of recent trends in cocaine production, as well as to identify best practices of detection and investigation, to improve skills in countering global challenges posed by cocaine cultivation, production, and trafficking.

The event allowed UNODC and the European Union to strengthen their ongoing technical assistance activities along the cocaine route in Latin America, the Caribbean and West Africa.