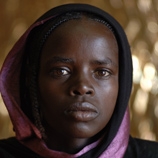 16 June 2009 - Nearly 130,000 people in sub-Saharan Africa and 230,000 in the Middle East and North Africa have been recruited into forced labour, including sexual exploitation, as a result of human trafficking. These estimates by the International Labour Organization paint a grim picture of human trafficking in Africa. Although a large number of victims of human trafficking of African origin are found within the continent, many are also transported to Western Europe and other parts of the world, according to a recent UNODC report on trafficking in persons wordwide. 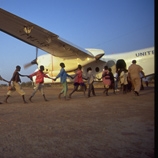 "Such a campaign is badly needed," says UNODC Executive Director Antonio Maria Costa. "The evidence available tells a woeful tale of how many regions of Africa are highly vulnerable to trafficking. Shockingly, in West and Central Africa, most of the perpetrators are women. Across the continent, many of the victims are children," he adds.

As the guardian of an international anti-human trafficking instrument and as the provider of technical assistance, UNODC supports the African Union initiative. UNODC also collaborates with the African Union under the framework of the implementation of the Union's Plan of Action on Drug Control and Crime Prevention.

Statement by the Executive Director of UNODC