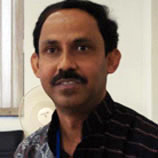 9 June 2009 - "Any effective and sustainable effort to combat human trafficking must be integrated, transnational and collaborative", says Professor Md. Zakir Hossain, Dean of the Faculty of Law at the University of Chitagong, in Bangladesh. Staff from the UNODC Regional Office for South Asia recently sat down with Prof. Hossain, who is also a member of the Judicial Service Commission in Bangladesh, to discuss human trafficking in his country.

UNODC: Please describe the problem of human trafficking in Bangladesh. Which forms exist?

UNODC: How big is the problem of human trafficking in Bangladesh? Is this an internal or also an external problem?

Prof. Hossain: Human trafficking is now considered one of the major concerns for Bangladesh. Given the complex, organized and clandestine nature of the crime, and deliberate reluctance and avoidance of the victim's family to report cases of trafficking for a number of socio-psychological reasons, it is difficult to have appropriate data and statistics on human trafficking. However, various studies reveal that over 1 million women and children have been trafficked out of the country in the last 30 years. A UNICEF report says that approximately 400 women and children in Bangladesh are victims of trafficking each month. Another study reports that approximately 300,000 Bangladeshi children and women between the ages of 12 and 30 have been trafficked to India alone in the last 10 years. The annual report of an organization based in Pakistan called Lawyers for Human Rights and Legal Aid reveals that nearly 200,000 Bangladeshi girls and women were sold in Pakistan. All these statistics indicate how big the problem of human trafficking is in Bangladesh.

Both internal and cross-border trafficking exist in Bangladesh. In the case of internal trafficking, women and children are often taken away from their homes on false promises of a better life with good employment or by using various other criminal acts and means by the traffickers who sell them to brothels. It is mainly people from rural areas with minimal survival options and those who suffer the worst from discriminatory sociocultural practices who are lured or deceived with promises of a better life and more lucrative job opportunities in cities. At the cross-border level, victims are transported and transferred to destinations further away such as India, Pakistan and Middle Eastern countries, by using illegal acts and processes which culminate in the most corrosive forms of human rights violations and a life of unspeakable agony and torture.

UNODC: What do you believe are the key reasons why people are trafficked in Bangladesh?

UNODC: How does Bangladesh address trafficking in persons in its national legislation? What are the key challenges? 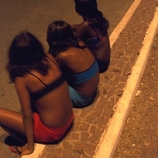 Complementary laws that tend to create a preventive environment and mechanism against human trafficking are the Child Marriage Restraint Act of 1929, the Dowry Prohibition Act of 1980, the Primary Education Act of 1990 and the Labour Act of 2006. However, I believe that the legal framework on combating trafficking in Bangladesh needs to focus more on the victim's physical, emotional and psychological injury, as well as on the financial and property losses sustained by the victim.

UNODC: What are your views on the United Nations Convention against Transnational Organized Crime and its Protocol to Prevent, Suppress and Punish Trafficking in Persons that entered into force in 2003? What is Bangladesh doing to implement the Convention?

Prof. Hossain: Bangladesh needs to eventually ratify the Organized Crime Convention and its Protocol to Prevent, Suppress and Punish Trafficking in Persons, especially Women and Children so that it can be part of this international, standard legal framework and participate in the global fight against trafficking in persons. So far, the Government of Bangladesh has made efforts to strengthen its response to trafficking in persons by being a part of the South Asian Association for Regional Cooperation (SAARC) and its Convention on Preventing and Combating Trafficking in Women and Children for Prostitution and its Convention on Regional Agreements for the Promotion of Child Welfare in South Asia. Bangladesh is also a party to the Slavery Convention of 1926, the Supplementary Convention on the Abolition of Slavery, the Slave Trade, and Institutions and Practices Similar to Slavery, and the International Bill of Human Rights (which consists of the Universal Declaration of Human Rights, the International Covenant on Economic, Social and Cultural Rights, and the International Covenant on Political Rights and its two Optional Protocols).

UNODC: Are there any recommendations you would make to the existing strategy to combat human trafficking, not only from a national perspective but also from a regional one?

Prof. Hossain: The prevailing repressive strategy to combat human trafficking in South Asia must give way to a rights-based strategy. A heart cannot beat without blood. Any legal regime on anti-human trafficking that complies with minimum human rights standards supplies blood to the heart of the efforts on combating human trafficking. Enactment of good laws is not enough; it has to be enforced vigorously. The proper implementation of anti-trafficking laws desperately requires sensitization and adequate training of the police, prosecutors and judges. In order to eliminate trafficking from this region and to undertake more effective regional initiatives to counter trafficking in persons, the SAARC Convention on Preventing and Combating Trafficking in Women and Children for Prostitution needs to be improved so that it is in line with the Organized Crime Convention and its Trafficking in Persons Protocol.

UNODC: What critical aspects should the South Asian Association for Regional Cooperation focus on in a collaborative manner?

Prof. Hossain: Any meaningful collaborative effort among countries in South Asia requires trust among States. When it concerns victims of cross-border trafficking, South Asian States should not blame each other. Rather, they should engage in constructive dialogue to undertake more effective prevention, rescue, prosecution and repatriation of the victims. Constructive dialogue between South Asian States will help them to see the problem of trafficking not only from the standpoint of a narrow national interest but also from a humanitarian perspective. In turn, this will automatically expand the horizon of collaboration in exchanging and sharing information, rescue operation, investigation, prosecution, repatriation and other related areas of anti-human trafficking.

UNODC: Finally, what do you think about the training that is being organized in New Delhi for law enforcement officers?

Interview with the Colombian Vice-President