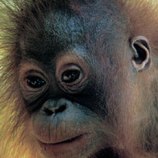 11 December 2012 - Environmental crimes, often financed and organized by transnational organized criminal groups, are destroying habitats and endangering species around the world. Noting UNODC estimates that up to 40 per cent of wood-products exported from East Asia and the Pacific may be produced from illegally harvested wood, the organization's Executive Director, Yury Fedotov, has urged policy makers to consider environmental crimes a serious form of transnational organized crime and called on them to endorse "radical changes", good governance and the strong involvement of the criminal justice system to save endangered species, communities and habitats.

"Today the story of the illegal timber trade is a story of violence, killings, corruption and money-laundering," said Mr. Fedotov speaking in Indonesia's Central Kalimantan province. "Along with good governance in the forestry sector, we need better law enforcement, prosecution effective sentencing of perpetrators to fight impunity and ensure that the white-collar masterminds of these atrocities are subjected to the appropriate penalties."

Mr. Fedotov made his comments while visiting Nyaru Menteng Orangutan Rehabilitation Centre in Central Kalimantan to mark last week's International Anti-Corruption Day and to demonstrate UNODC's commitment to addressing environmental crimes and their linkages with corruption.

"Given the transnational nature of environmental crimes, it is necessary to forge partnerships to increase our reach and to speed progress," Mr. Fedotov said. "The creation of the International Consortium on Combating Wildlife Crime (ICCWC) - a collaboration that unites UNODC, INTERPOL, the World Bank, the World Customs Organization and CITES - is just one example of the coordinated responses we need to save our planet."

In Kalimantan, Mr. Fedotov commended the Indonesian Government's efforts in addressing environmental crimes and reiterated UNODC's readiness to support initiatives in the province - particularly by supporting the Governor's initiative in having the Central Kalimantan province selected as the pilot province for the Reducing Emissions from Deforestation and Forest Degradation (REDD+) initiative.

Indonesia, has become one of the world's leading countries in implementing REDD+ and the President has formally committed the country to reducing its carbon emissions by 26 per cent by the year 2020, as well as combat forest crimes. In doing so, it has received strong support from UNODC Indonesia and the Government of Norway. UNODC Indonesia's forest projects currently operate in Papua, West Papua and Central Kalimantan.

The mission to Kalimantan was the last leg of Mr. Fedotov's mission to South-East Asia. The Indonesia leg covered three islands (Java, Sumatra and Kalimantan) in three days. This marks the conclusion of his five-country, 12-day visit to the region where he engaged both with Government counterparts and ASEAN leadership in Thailand, Myanmar, Viet Nam, Lao PDR and Indonesia.

During his tour of South-East Asia, Mr. Fedotov discussed and engaged with stakeholders on a broad range of human security threats including illicit drugs, transnational organized crime, anti-corruption, environmental crimes including the illegal trade in timber and protected wildlife, and human trafficking and migrant smuggling.