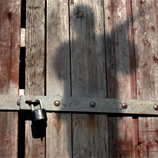 16 September 2014 - States need to strengthen mechanisms and channels for effective and timely exchange of information in order to better prevent and thwart terrorist kidnappings and hostage-taking, said speakers today at the start of a two-day Mediterranean regional workshop, jointly organized by UNODC and the Organization for Security and Co-operation in Europe (OSCE) in Valletta, Malta.

The workshop brings together around 70 participants, mostly senior counter-terrorism practitioners in the areas of law enforcement, the judiciary and prosecution, as well as officials from foreign ministries and crisis management units to exchange experiences and good practices.

The workshop comes as growing evidence suggests that terrorist organizations are increasingly involved in kidnapping for ransom and political concessions, particularly in the Middle East, North Africa, the Sahel and the Mediterranean regions. The ransom profits allow terrorist and criminal organizations to grow, recruit or buy weapons, thereby also impacting the security of these regions.

During the workshop participants will explore the international frameworks and recommendations related to kidnapping and hostage-taking, as well as national, regional and international co-operation in tracking the flows of money that finance terrorists.

Trevor Michael Rajah, Chief of the Terrorism Prevention Branch of UNODC, said co-operation among States is essential. "It is important to understand the complexity of the challenge we face, the resulting needs of States, and to identify good resources and modalities for information sharing. To this end, we're working to provide assistance in response to specific requests from Member States in the region."

Ambassador Stephan Husy, Swiss Counter-terrorism Co-Ordinator representing the OSCE Swiss Chairmanship, said it is important to deprive terrorists of the resources they use to commit further crimes.

"Kidnapping for ransom has become an important source of revenue for terrorist organizations and networks - a trend which must be countered rigorously," he said. "First of all, a unified no-ransom front is required: terrorists must not benefit from criminal acts. At the same time, all efforts have to be undertaken to prevent terrorist kidnappings and hostage-takings. And in case they happen, governments have to co-operate closely and to undertake all efforts to achieve the safe and unharmed release of the victims."

UNODC delivers counter-terrorism technical assistance to Member States in the ratification and implementation of the 19 universal legal instruments against terrorism. The Office also supports regional and international cooperation in criminal matters, in particular in relation to requests for mutual legal assistance and extradition.