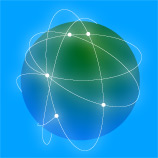 UNODC Executive Director Yury Fedotov, in his opening remarks, said, "BENATOC articulates UNODC's vision of a highly interconnected law enforcement network that is not just reactive, but is powered by the ability to be proactive."

He said he envisaged a future where law enforcement agencies in various countries "speak a common language" and deliver operations in a coordinated manner in pursuit of overarching counter-crime strategies.

The new global programme comes at a critical time. Criminal groups are involved in hijacking globalization to exploit critical vulnerabilities and successive UN Security Council and General Assembly resolutions have pointed to the disturbing growth of the links between organized crime and terrorist groups in various regions.

UNODC's response to sophisticated criminal networks and globalized criminality is to counter this trend through greater connectivity and coordination among law enforcement bodies across the globe.

John Brandolino, Director of the Division of Treaty Affairs, speaking about the new global programme, said, "BENATOC is much more than connecting law enforcement dots. It is about binding together strategy, operations and information and empowering this dynamic approach to work on our behalf against the criminals. "

As the global programme becomes established special emphasis will be placed on UNODC's " Networking the Networks" initiative, which has already brought together various agencies such as CARICC, JPC and GCC-CICCD, Europol, INTERPOL, WCO, OSCE and INCB.

Tofik Murshudlu, Chief of the Implementation Support Section, in his own presentation to the audience, said that organized crime is a global phenomenon that "cannot be pursued simply at the national and regional levels. BENATOC's great strength is that it unites these efforts to build connectivity with every actor to create a truly global approach to tackling crime."

Other speakers at the event included representatives from Azerbaijan, India, Qatar and Turkey, as well as from INTERPOL, Europol and the OSCE. Many of the speakers reiterated the importance of enhancing international cooperation as a means of addressing transnational organized crime.