Tackling human trafficking in West Africa: UNODC and the story of Anna and Precious 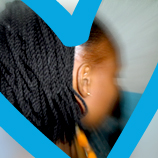 28 January 2015 - A few years ago, Anna*, now aged 24, and her friend Precious*, now 19, were brought from Nigeria to Okah, in northern Côte d'Ivoire, under the pretence of attractive jobs. With difficult living conditions back home, the choice of moving for a better life, earning some money and studying further was a seemingly easy one. The opportunity, however, was not as innocent as it seemed and Anna and Precious soon found themselves being trafficked.

For over seven days, and under terrible conditions, the traffickers moved Anna and Precious illegally across several national borders. Arriving at their destination, the two friends were forced to have sex with multiple men in order to pay a $2,600 travel expense 'debt' for their trip to Côte d'Ivoire. Having no choice, the girls had sex with at least 11 men each night for as little as $2 per client over a period of two years.

In October 2013, UNODC was contacted by the United Nations Police (UNPOL) in Côte d'Ivoire about a suspected case of human trafficking. There were previous reports of girls and women being sexually exploited around the mining fields in the north of the country. Anna and Precious managed to meet a UNPOL officer after escaping from the traffickers and were taken to safety. "I could not imagine how one human being could exploit another as we were," Precious recounted. "We were used as a money machine."

After Anna and Precious escaped, the traffickers were caught and eventually sentenced to five years in prison for their crimes, as well as fined $2,000. After the trial, the two friends were first taken to a shelter in the city of Abidjan in Côte d'Ivoire, and then repatriated to Nigeria with the support of UNODC and its partners. Currently, they are in a social reintegration programme supported by a regional NGO network in West Africa to help them restart their lives.

UNODC, through its Dakar office, supports regional efforts in tackling human trafficking. It provides training and guidance to assist law enforcement bodies in West and Central Africa and offers small grants to local NGOs assisting victims of this crime.

Sadly, the story of Anna and Precious is all too familiar. Traffickers deceive women, men and children from all corners of the world and force them into sexual exploitation and forced labour. UNODC figures show that women and girls make up 70 per cent of detected victims, with girls constituting two out of every three child victims. A major step forward in tackling this crime is the Protocol to Prevent, Suppress and Punish Trafficking in Persons, Especially Women and Children, under the United Nations Convention against Transnational Organized Crime, which came into force in 2003. This international instrument calls for all acts of human trafficking to be criminalized, including trafficking for sexual exploitation, forced labour, organ removal, and domestic servitude.

* Note: The names of the victims have been changed to protect their identities.