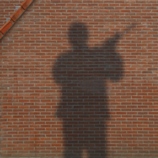 26 March 2015 - The growing involvement of individuals as Foreign Terrorist Fighters (FTF) in various conflicts and terrorist activities has resulted in an increasingly dangerous threat to international peace and security. In response, the United Nations Office on Drugs and Crime (UNODC) has launched a new initiative aimed at bolstering countries' criminal justice responses to this phenomenon. The initiative, which runs to 2019, will assist Member States in criminalizing the FTF phenomenon, in areas such as terrorist recruitment, incitement to terrorism, terrorism financing, and terrorist training, among others.

While not a new occurrence, the extent of the involvement of FTFs in conflicts and acts of terrorism today is unparalleled. With terrorist groups such as Al-Qaida, the Al-Nusra Front, and Islamic State all recruiting foreign nationals, the threat posed by terrorism now encapsulates not just end-target countries, but also countries of origin and transit. In this, the threat of individuals travelling to conflict zones, becoming further radicalized, receiving combat training, and then returning to their home countries with the aim of carrying out terrorist acts is more serious than ever.

In light of this issue, a three-day conference was held this week in collaboration with the United Nations Counter-Terrorism Committee Executive Directorate (CTED), the Parliamentary Assembly of the Mediterranean (PAM) and the International Institute for Justice and the Rule of Law in Malta (IIJ). Representatives from the Mediterranean basin - including Algeria, Egypt, Iraq, Jordan, Lebanon, Libya, Morocco, Tunisia and Yemen - and the Balkan countries - among them Albania, Bosnia and Herzegovina, Montenegro, Serbia, and The former Yugoslav Republic of Macedonia - were present to discuss and evaluate the threat that FTFs pose to their countries and regions. Additionally, Belgium, France, Italy, Japan, the Russian Federation, Turkey, the United Kingdom, and the United States were represented, together with five United Nations agencies and six international and regional organizations.

Addressing the event, UNODC's representative spoke of the urgent need to combat terrorism and bring perpetrators to justice before they launch terrorist attacks: "The tragic events in Tunis just last week, or in Belgium, France and Denmark over the past months confirm the unprecedented threat posed by individuals involved as Foreign Terrorist Fighters. Our principal objective is ultimately to support Member States' efforts in disrupting terrorist plans and operations before they are committed. The more we are confronted with unprecedented terrorist threats, the more we have to collectively look for effective responses and preventive strategies."

UNODC's global initiative covers both foreign cooperation and domestic assistance: the former is critical given the transnational dimension of FTFs which makes a purely national approach insufficient; the latter meanwhile is central to efforts needed to strengthen national legislation against this emerging trend in terrorist operations and to enhance domestic capacities of criminal justice and law enforcement officials.

Building this capacity within criminal justice systems is an important step towards filling a gap in dealing with the terrorist threat. At present, practitioners in this area rely almost exclusively on evaluations made by the intelligence services, despite some very specific aims and constraints being faced by those working in justice. In this respect, UNODC aims to assist in strengthening the response to FTF in a bid to counter this threat in a specific manner, as well as complement the evaluation made by other counterparts.