On this International Day, the world is #UnitedAgainstCorruption 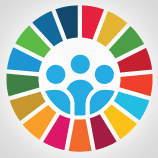 9 December 2016 - Today is the International Anti-Corruption Day, with UNODC and the United Nations Development Programme (UNDP) calling for people across the globe to join a worldwide campaign to raise awareness about corruption and encouraging people from all walks of life to take action against this crime. The slogan 'United against corruption, for development, peace and security' urges Governments, the private sector, and the general public to jointly tackle this issue by changing their attitudes and taking action against the problem.

The campaign focuses on how corruption is an impediment to achieving the Sustainable Development Goals, which aim to promote safe societies, end poverty, protect the planet, and ensure prosperity for all, among others.

Speaking about corruption, United Nations Secretary-General Ban Ki-moon said in his statement that "No country is immune, and every country bears a responsibility to end it. Corruption strangles people, communities, and nations. It weakens education and health, undermines electoral processes and reinforces injustices by perverting criminal justice systems and the rule of law."

UNODC Executive Director Yury Fedotov, meanwhile, noted that "the G20 estimates that 90 trillion US dollars in infrastructure investment are required between 2015 and 2030 to support global growth and development. To protect this investment corruption's destructive impact should not be ignored. There needs to be a wholehearted and determined contribution to global anti-corruption efforts from the world's public and private sectors."

Activities marking International Anti-Corruption Day are being carried out around the globe. Events focusing on anti-corruption efforts range from meetings with the press to national conferences, through to training and youth engagement activities and mass parades and commemorations as part of the wider public outreach.

An extensive social media campaign has been rolled out in the lead up to the day. Campaign materials are available at the International Anti-Corruption Day microsite and include a set of multi-language posters, which illustrate different ways in which the funds stolen each year through corruption impact Sustainable Development in many areas: education, health, infrastructure, and others.