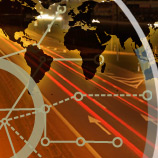 21 January 2016 - The European Union (EU) and UNODC have launched the Global Action to Prevent and Address Trafficking in Persons and the Smuggling of Migrants. A four-year joint initiative between the EU and UNODC, the programme will be implemented in partnership with the International Organization for Migration (IOM) and the United Nations Children's Fund (UNICEF) through to 2019.

The programme forms part of a joint response to assist countries to develop and implement effective responses to trafficking in persons and the smuggling of migrants. UNODC, together with IOM and UNICEF, will focus efforts on assistance to governmental authorities, civil society organizations, victims of trafficking and smuggled migrants.

John Brandolino, UNODC's Director of the Division for Treaty Affairs, welcomed this initiative and stated that the global action signalled the continuing positive relationship between UNODC and the EU. Mr. Brandolino further added that "UNODC's collaboration with IOM and UNICEF is key to successful global action. It will help provide a comprehensive prevention and protection approach to addressing the issue of trafficking in persons and the smuggling of migrants."

Fernando Frutuoso de Melo, Director General of the European Union's Directorate-General for International Cooperation and Development, added: "Trafficking in human beings is one of the most severe violations of human rights. This new project will help with the prevention efforts and will support the fight against this scourge."