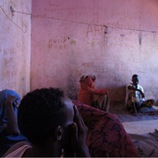 07 January 2016 - Violent extremist groups represent one of today's most pressing security threats. With the increasingly large amounts of territory that they occupy, the substantial resources they generate, and their sophisticated use of social media and communication tools to propagate their message and incite violence, urgent and coordinated approaches are needed to counter these groups.

With this evolution of violent extremism in mind, and the new forms and capabilities which have come about, an increasing number of Member States have voiced concerns over the risk that environments such as prisons, if left unchecked, may serve as further incubators for terrorism and violent extremism.

Against this backdrop, UNODC - building on its expertise in the field of prison management and reform - is enhancing its role in advising Member States on how to manage violent extremist prisoners (VEPs) and how to effectively prevent radicalization to violence in their prison systems.

To this end, in mid-December, UNODC's Justice Section, in coordination with the Office's Terrorism Prevention Branch, brought together a range of experts to cover this topic with a view to develop the first comprehensive United Nations publication on the management of VEPs. Those present included more than 40 individual experts from 17 Member States, various United Nations entities (including the Counter-Terrorism Centre and the Counter-Terrorism Committee Executive Directorate), and other international, regional and non-governmental organizations. The experts unanimously confirmed that there was an urgent need for technical guidance in this field, and validated a UNODC scoping document which will serve as the basis for a future Handbook. A second Expert Group Meeting is planned to take place in May 2016 in order to review the final draft.

In parallel, practical technical assistance on the ground is already on-going. In Eastern Africa, for example, UNODC, through its Global Maritime Crime Programme, has supported the management of 15 prisons in line with international standards and norms since 2009. In Kenya and Somalia, UNODC is further engaged in ground-breaking work to reduce radicalization to violence through various means. This includes: improved conditions of imprisonment; enhanced prison security; and the provision of vocational training to foster the social reintegration of VEPs.

Through this work, UNODC firmly embeds the topic of violent extremism in prisons into broader prison reform efforts. The provisions of the revised United Nations Standard Minimum Rules for the Treatment of Prisoners (the Nelson Mandela Rules), which were adopted by the General Assembly on 17 December 2015, are set to provide an essential overall compass in order to ensure that all of UNODC's recommendations and practices related to VEPs are in compliance with internationally agreed upon standards related to the treatment of prisoners.

As such, UNODC's work is also fully in line with the newly issued Plan of Action of the United Nations Secretary-General to Prevent Violent Extremism, which explicitly points to the need to reform national penitentiary systems to prevent and counter radicalization in prisons based on human rights and the rule of law.