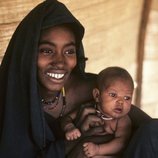 26 February 2018 - The response to the security situation in the Sahel is currently undergoing a positive change. Despite numerous challenges and threats, Sahelian governments remain committed to developing their criminal justice systems against illicit trafficking, organized crime and terrorism and are increasingly cooperating with each other, bilaterally and within the G5 Sahel.

" UNODC has witnessed positive systemic change in the region in the past years. We are seeing an increase in national and regional ownership, which positively impacts the security situation in the Sahel", stated Pierre Lapaque, United Nations Office of Drugs and Crime (UNODC) Regional Representative for West and Central Africa.

Several results highlighting this systemic change have been achieved by governments, in their fight against drug trafficking, terrorism and corruption, notably through an increase number of seizures, greater regional cooperation, and innovative judicial solutions.

While drug trafficking remains a key source of destabilization in the region, it has been increasingly addressed by law enforcement officers in the past few years. For 2017 alone, law enforcement officers based in the airports of Bamako, Niamey and Ouagadougou have seized over 35 kg of drugs, and over USD 1,000,000 in foreign currencies. Just two weeks ago, in early February, Joint Airport Interdiction Task Force (JAITF) agents in Ouagadougou, which became operational in 2017, proceeded to the seizure of 4.8 kg of heroin, off a single passenger.

The consequences of drug trafficking are particularly concerning for Sahelian governments, as it remains a key source of financing for terrorist and armed groups. The Government of Niger has achieved substantial results in the past year, in its fight against terrorism financing, as it secured its first two convictions for terrorist financing involving eight suspects, and a third conviction for participation in terrorist acts, involving one suspect.

Niger has also been particularly efficient in treating terrorism-related cases over the last 12 months. Concerted action of the Nigerien judicial authorities supported by United Nations volunteers (UNVs) and UNODC has helped Niger in processing 230 cases involving terrorism suspects, including 11 women and 25 children, in a total of 60 days last spring.

Since then, over 600 detainees from the prisons of Niamey, Kollo and Koutoukalé in Niger, have received assistance by UNVs: out of these 600, 200 individual cases were treated between September 2017 and January 2018, leading to the release of 59 detainees, including 18 temporary releases. 100 children have also begun their rehabilitation and reintegration process, following assistance by UNODC.

These results show the increase willingness and ownership on the part of the government to efficiently treat such cases, and address the wider threat posed by terrorism, as people detained over prolonged periods are vulnerable to radicalization and violence and are susceptible to lose faith and trust in their governmental institutions.

Ensuring populations' trust in their institutions is a key concern for Sahelian governments, driving them to increasingly address corruption in their institutions. Burkina Faso, Mali, Mauritania and Niger have already ratified the United Nations Convention against Corruption (UNCAC), and Chad is currently taking steps towards ratification.

A major achievement by the government of Burkina Faso since 2015 is the development of two anti-corruption laws: one aimed at penalizing corruption and one establishing a stronger more independent anti-corruption institution, the ASCE-LC. Since it has been strengthened, the number of cases investigated and transferred to the justice system by this body have skyrocketed. From an average of 5 cases per year, the number of cases transferred to the justice system has reached around 50 cases in 2017.

With over 10,000 direct beneficiaries, reached through the implementation of over 400 activities since 2014, UNODC's Sahel Programme has been committed to assisting Sahelian governments in creating this positive change in the region.

As stated by M. Lapaque, " we make a point of getting our partners as involved as possible, to ensure that our Programme meets their needs, their objectives and their priorities".

In its assistance and partnerships, UNODC supports the UN Agenda 2030, and its sustainable development goals (SDGs), by giving a particular focus to SDG 5 on gender equality, SDG 16 on peace, justice and strong institutions, and by continuously promoting a strong respect for human rights.

UNODC assistance in the region has taken various forms: from legislative assistance to the provision of equipment, from practical training workshop to high level meetings, both at national and regional levels.

UNODC remains committed to working closely with other partners, both within and outside the UN system, such as the G5 Sahel, the United Nations Multidimensional Integrated Stabilization Mission in Mali (MINUSMA), the European Union (EU) and civil society, among others, to offer the most tailored and efficient assistance to Sahelian governments. For instance, UNODC partnered with the G5 Sahel and the EU during a workshop in December 2017, to validate the structure and operation of the Police component of the G5 Sahel Joint Force.

Within the UN System as well, UNODC and other agencies have been committed to proposing an articulation of concrete actions and mechanisms to accelerate collective delivery, and to move quickly from strategy to results on the ground, the UN Support Plan for the Sahel. This Plan complements the United Nations Integrated Strategy for the Sahel (UNISS), by building on the progress already made in the past years, and by realigning the 2013 UNISS objectives with the UN Agenda 2030 and the SDGs.

The commitment of UNODC in the Sahel region is facilitated by funding from the governments of Austria, Belgium, Canada, Denmark, France, Germany, Japan, Luxembourg, Monaco, the Netherlands, Norway, Spain, the United States, and from the European Union.