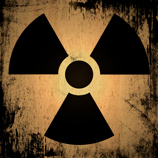 New York, 25 April - The European Union and the United Nations launched today a joint project to prevent acts of nuclear terrorism through the promotion of the universal ratification and effective implementation of the International Convention for the Suppression of Acts of Nuclear Terrorism (ICSANT).

ICSANT was adopted by consensus by the United Nations General Assembly in 2005 and has 115 Parties to date. The universal adherence to this key legal instrument remains an essential goal, as it facilitates international cooperation, including exchange of information on nuclear security threats, prosecution and extradition of suspects.

"The risk of terrorists gaining access to nuclear and radiological materials is a significant threat to humanity and international peace and security. Unfortunately, we know that the possibility of such materials falling into the hands of terrorists is real," stated Vladimir Voronkov, Head of the United Nations Office of Counter-Terrorism (UNOCT) and Executive Director of the United Nations Counter-Terrorism Centre (UNCCT) at the opening of the launch event.

Pedro Serrano, Deputy Secretary General for Common Security and Defence Policy and Crisis Response at the European External Action Service, said that "The international community must remain united to prevent the threat of nuclear terrorism. Promoting the universalization and effective implementation of ICSANT is therefore key. The project that we are launching today with UNCCT and UNODC brings us one step closer to this goal."

"We have been working with Member States since the adoption of the Convention in 2005, on promoting adherence to the Convention, incorporating its requirements into domestic legislation and building capacity to implement its provisions," said Masood Karimipour, Chief of the Terrorism Prevention Branch of the United Nations Office on Drugs and Crime (UNODC). "The project that we are launching today will perfectly complement ongoing work."

The joint project is a testament of shared commitment of the United Nations and the European Union to address this challenge. It will be jointly implemented by UNCCT and UNODC during the next three years. In 2018, the European Council passed a decision allocating a total of €5 million to fund the project.