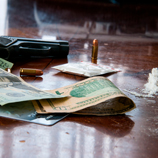 5 February 2019 - The illicit trafficking in firearms, their parts and components and ammunition represents a serious threat to global peace and security, and an obstacle to achieving the Sustainable Development Goals. The international community has increasingly acknowledged the destabilizing impact of these firearms as a matter of particular concern in the context of organized crime and terrorism, where their illicit availability and access exponentially increases the destructive power and incidence of criminal and terrorist actors on peace and security.

The United Nations Office on Drugs and Crime (UNODC) Global Firearms Programme, in cooperation with Wilton Park and the Government of Germany, convened a Conference on "Addressing Illicit Firearms Trafficking in the Context of Organized Crime and Terrorism - Towards a new Paradigm", from 23 to 26 January 2019 at Wiston House, Sussex, in the United Kingdom, to help develop a comprehensive strategy to address these interconnected threats.

A wide array of international instruments to counter these threats already exist, first and foremost the Convention against Transnational Organized Crime and its supplementing Firearms Protocol, the Arms Trade Treaty and other arms control instruments, as well as several terrorism prevention tools.

But it is only recently that the United Nations Security Council in its resolution 2370 (2017) addressed specifically the problems of illicit trafficking of arms and their access by terrorists. Despite improved efforts towards effective implementation of these international instruments to counter illicit firearms trafficking, terrorism and organized crime, major gaps and shortcomings in addressing the links between these threats persist.

Over the two and a half days of the Conference, practitioners and representatives from Africa, Asia, the Balkans, Europe, and Latin America and the Caribbean, as well as leading experts from UN partner agencies, regional and international organisations, academia, think tanks and civil society identified elements for a comprehensive strategy that places greater emphasis on preventing and countering illicit firearms trafficking as a key intersection of organized crime and terrorism.

Among the main outcomes of the meeting are a set of action-oriented, strategic recommendations geared towards the establishment of more solid bridges and dynamic synergies between the various frameworks, mechanisms and stakeholders to disrupt illicit arms flows and their access by terrorist groups and international trafficking networks.

Enhanced border detection capacity, proactive investigative approaches, as well as specialised entities, strategies and action plans to deal with these types of offenses and their linkages, were identified as essential features of a more streamlined approach.

Harmonising legal, procedural and institutional approaches between States was also emphasized as crucial success factor. Such harmonization could advance international law enforcement and judicial cooperation and information exchange for the purposes of detecting, investigating and prosecuting firearms trafficking and related crime.

The strategic importance of generating, analysing and sharing information and data on firearms and related crimes, and of enhancing the overall understanding and the intelligence picture on both firearms trafficking and its links to organized crime and terrorism, was also acknowledged. The need to reinforce preventive measures to build resilience to armed violence, organized crime and radicalization, through community-based approaches and education was also noted.

The findings of the conference will contribute to shaping the development of a comprehensive strategy of UNODC, in cooperation with its partners, to transform the acquired vision into practical, measurable actions in target countries and regions.