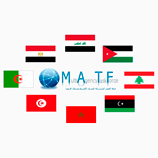 6 May 2019 - In an increasingly interdependent world, the ability of States to provide prompt assistance to each other is no longer an option but an absolute necessity to effectively address the terrorist threat. This cooperation is made all the more necessary in the face of recent threat developments, as recalled by United Nations Security Council resolutions on terrorist acts and foreign terrorist fighters.

Mechanisms enhancing trust and inter-institutional cooperation among key counter-terrorism agencies have proven to be of huge added value in overcoming obstacles and practical challenges in cooperation on terrorism-related offences.

The Multi-Agency Task Force (MATF), set up by the United Nations Office on Drugs and Crime (UNODC) to strengthen cooperation on terrorist cases among countries in the Middle East and North Africa, confirmed this point by facilitating an extradition process at the beginning of 2019. As a direct result of assistance provided by UNODC in the Middle East and North Africa (MENA), competent authorities were able to ensure the successful extradition of a terrorist suspect associated with the Islamic State in Iraq and the Levant (ISIL/Da'esh).

Direct communication through the Multi-Agency Task Force facilitated the localization of the terrorist suspect, his transfer from the detention centre and the extradition process in view of bringing him to justice. Requested and requesting countries, both from the MENA region, coordinated their efforts and actions through the Task Force to clarify the extradition mechanism and ensure compliance of the judicial order with procedural requirements of both states.

The Multi-Agency Task Force is a cooperation network that was set up by UNODC in 2018 in the Middle East and North Africa with funds from the Government of Canada, to strengthen law enforcement and criminal justice cooperation in foreign terrorist fighter cases. As the above result demonstrates, focal points are exchanging information and achieving significant operational outcomes related to ongoing terrorist cases.

Fact Sheet on the Multi-Agency Task Force mechanism in Arabic, English  and French.