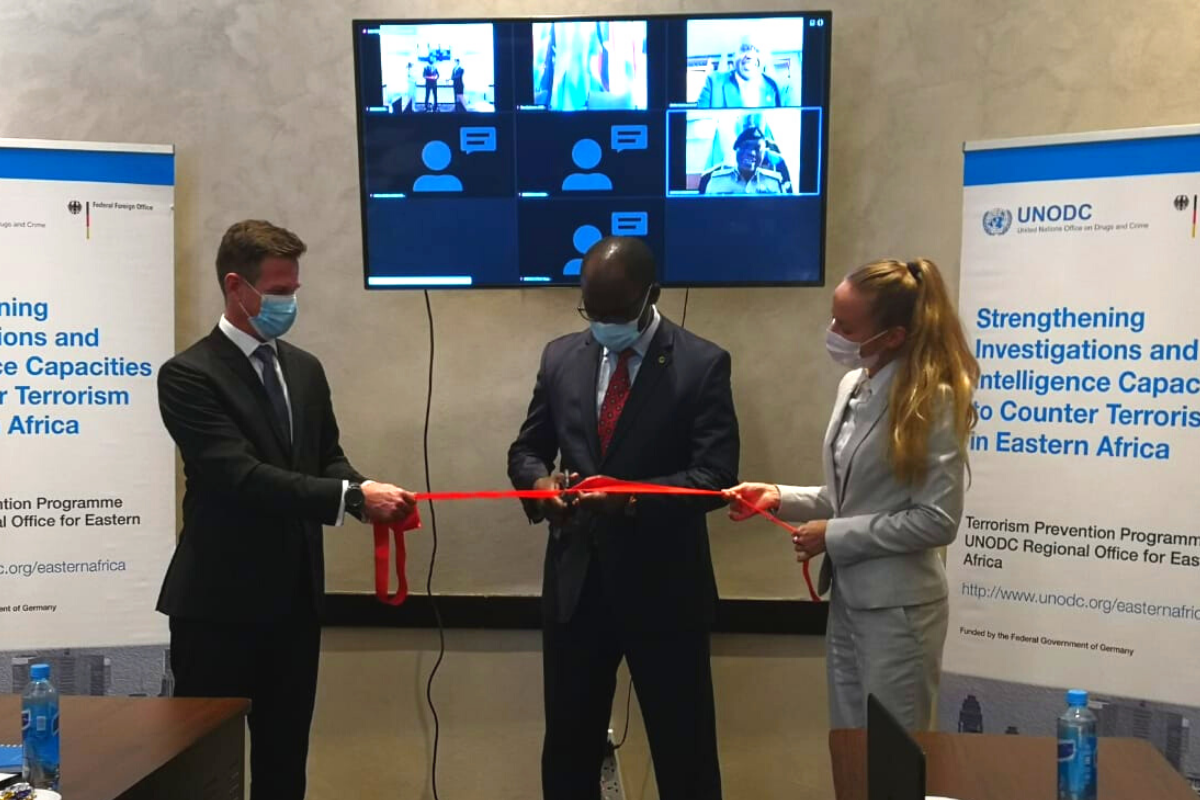 Terrorism continues to pose a major threat to peace, security and development in Eastern Africa. Al-Qaida affiliates such as Harakat Al-Shabaab Al-Mujahidin (Al-Shabaab), the Islamic State in the Levant (ISIL) in Somalia, Islamic State Central Africa Province (ISCAP) and Ansar Al Suuna in Mozambique, endanger the prosperity of Member States and millions of people across the region.

UNODC continues to support Member States to effectively prevent and counter terrorist threats. Aware of the importance in understanding the various dimensions of terrorism and sharing information and knowledge to best to prevent and counter these crimes, the organization has supported the launch of the EAPCCO CTCoE website. The new digital knowledge hub will be accessible to EAPCCO Member States as well as the general public, where the Centre will publish its research and trend reports on terrorism and violent extremism.

The new digital platform represents an important next step towards enhancing regional cooperation and knowledge sharing on counter-terrorism activities and the prevention of violent extremism in Eastern Africa.

According to Mr. Johan Kruger, UNODC Head of Transnational Organized Crime, Illicit Trafficking and Terrorism Programmes for Eastern Africa, the next step will be for the Centre to publish the first series of research papers and trends report for Eastern Africa, currently being finalized by the Centre in cooperation with UNODC.

“We are extremely proud to have been working with the Centre over the past year as a key partner, also in developing and launching this website as an important resource for the region and beyond. We very much look forward to seeing it being used a resource and knowledge hub on countering terrorism and violent extremism in Eastern Africa,” he said.