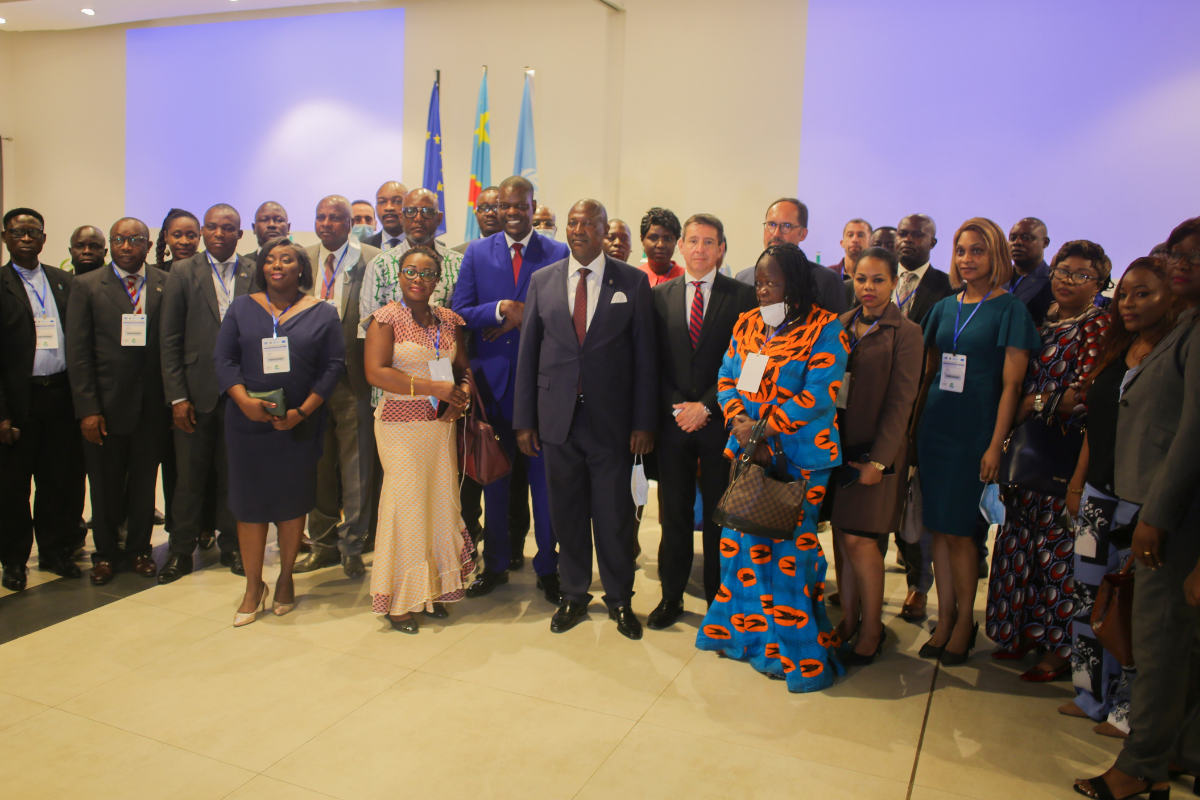 Recognizing the nation’s leadership in this front, UNODC Global Programme for Combating Wildlife and Forest Crime in collaboration with the Congolese Institute for the Conservation of Nature (ICCN), held an inter-ministerial meeting to create synergies among national agencies addressing the trafficking of natural resources in the DRC.

Prof. Augustin Ngumbi Amuri, legal advisor to the ICCN and Convention on International Trade in Endangered Species of Wild Fauna and Flora (CITES) Management Authority for the DRC, welcomed this meeting and underlined the need for “better synergies between customs, the national police, CITES Management Authority, the Office congolais de contrôle and security forces.”

Prof. Amuri reminded participants that to combat organized criminal groups, governmental agencies must be organized, coordinated and supported by the criminal justice system to tackle wildlife and forest crime.

According to Mr. Jorge Eduardo Rios, Chief of the UNODC Global Programme for Combating Wildlife and Forest Crime, the “meeting illustrates our commitment to work with the Central African region and more particularly with the DRC”

The Team Leader of the United Nations Resident Coordinator Office in the DRC, Mr. Aboubakri Diaw, highlighted that the preservation of natural resources is critical for biodiversity and sustainable development.

Several recommendations were made to pave the path forward towards closer collaboration between stakeholders. Among these, were the need to reform the criminal procedure code, amend the national legislation on money laundering, and for the provision of additional capacity building and technical assistance to magistrates and investigators.

UNODC promptly stepped up to the challenge, and –through its Global Programme– indicated its readiness to provide training to young magistrates in the country during the coming months, in collaboration with the DRC National School of Magistrates (INAFORJ). UNODC also continues to strengthen nations’ capacity to combat the illicit trafficking of natural resources; in Cameroon, the Central African Republic, Chad, Congo, and Gabon.

This meeting was held within the PARCIC framework of the Economic Community of Central African States (ECCAS) and funded by the European Commission. The UNODC project covers six countries, including the DRC and several countries in the region.