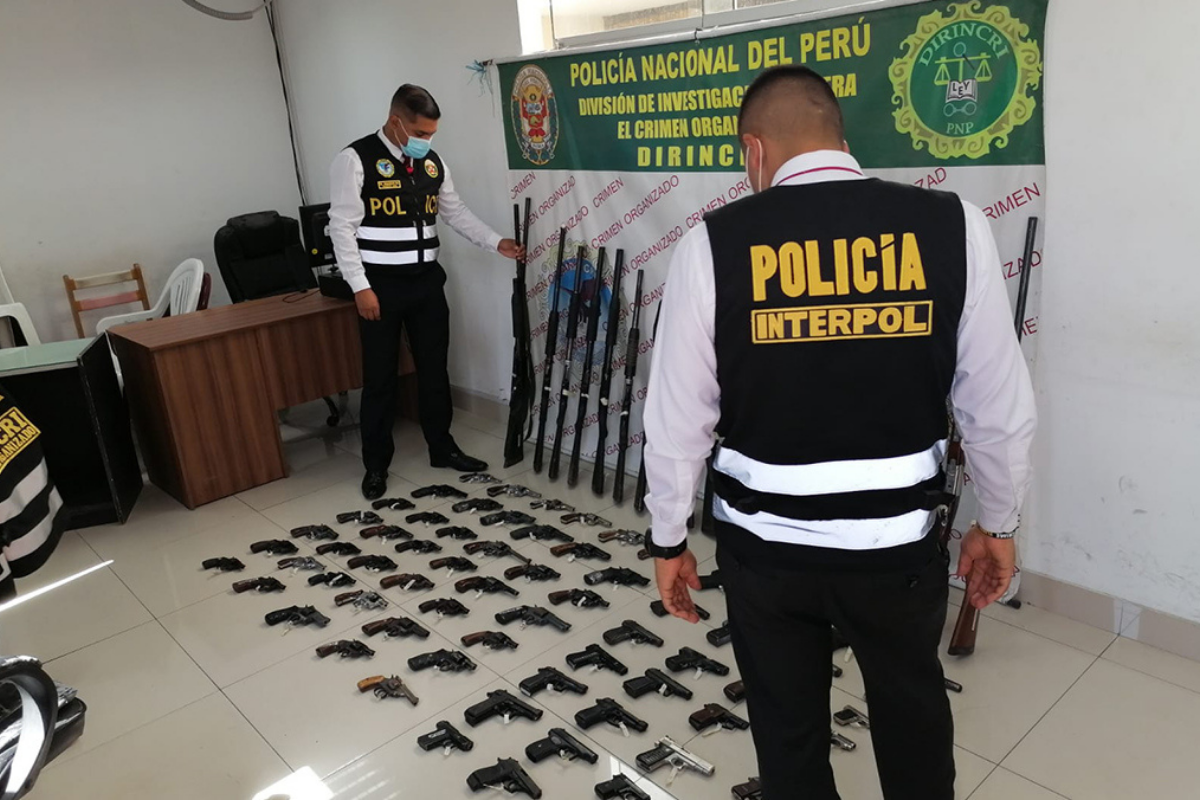 The successful operation was the result of ongoing cooperation between INTERPOL and UNODC in detecting, identifying and prosecuting weapons trafficking networks worldwide, heeding the call of UNODC Executive Director Ghada Waly, who remarked that “It is vital for UNODC and INTERPOL to join forces to ensure countries develop the capacity and tools to tackle firearms trafficking both on the ground and in court.”

Operation Trigger VI took place over the course of three weeks (8-28 March 2021). Dozens of officers from police, customs, border and prosecution services worked together across South America to track illegal firearms and identify their links with organized crime.

“With criminals quick to capitalize on COVID-related socio-economic changes —particularly regional lockdown— Operation Trigger VI is testimony to the commitment of South American law enforcement who are to be commended for conducting operations during a global pandemic,” added INTERPOL’s Secretary General.

Throughout the operations officers in 13 countries simultaneously checked firearms against INTERPOL’s iARMS database to determine if the weapons had been reported as lost, stolen, trafficked or smuggled. With over a million records, iARMS enables the identification of firearms trafficking patterns and smuggling routes.

“By providing training and fostering cooperation as part of Operation Trigger VI, UNODC was pleased to support South America’s criminal justice systems’ responses to firearms trafficking and its links to organized crime. This is in line with our Office’s role as the guardian of the UN Convention against Transnational Organized Crime and its Firearms Protocol — the only legally binding instruments addressing transnational organized crime and illicit firearms trafficking at the global level,” added UNODC’s Executive Director Ghada Waly.

Pre-operational training delivered jointly by INTERPOL and UNODC ensured that officers and prosecutors had the skills needed to detect, identify, investigate and prosecute firearms crime holistically, with each firearm to be considered as part of a larger, connected criminal network.

Operation Trigger VI further enabled countries to detect new regional trends that will assist in preventing, uncovering and prosecuting criminal activities in the future. Among these are:

The success of operation Trigger VI and the iARMS database —the world’s only global illicit firearms database— were made possible through the generous support of the European Union.